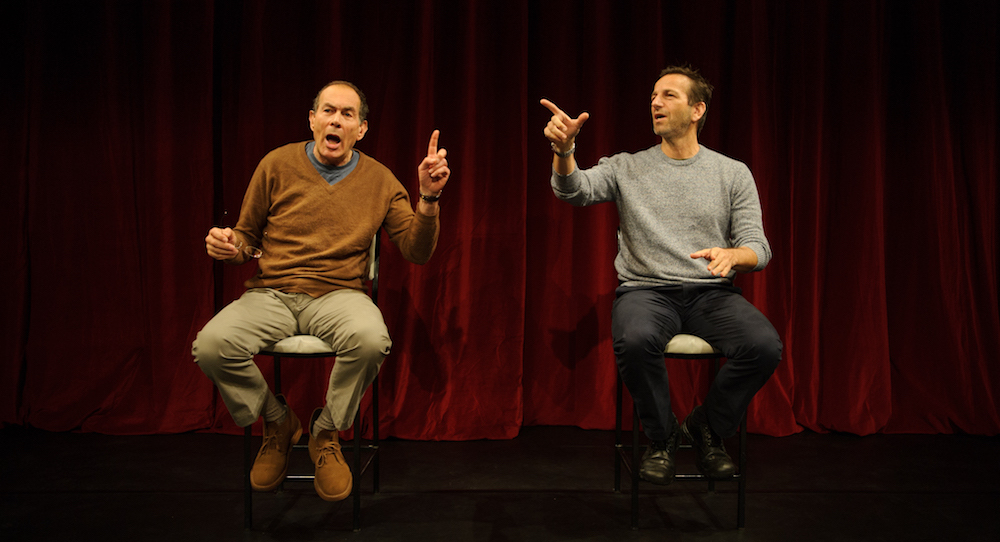 That Gideon Obarzanek is weaved into the very fabric of contemporary dance in this country is pretty well beyond question. Multiple Helpmann Awards, the first ever Best Choreography prize at the Australian Dance Awards back in ‘97, a Bessie Award and much more besides are testament to the huge impression that this son of Polish Jewish migrants has made on the national stage. But the man who founded Chunky Move back in 1995 wasn’t always such an insider.

Reflecting on his heritage and early experience, he says, “I was very much on the margins; like, I’m Jewish, I’m not from Australia, I didn’t speak English, I was essentially a wog. I was in a minority and so forth. But now I’m in that kind of central point of being a middle class, straight white man and so, in the gender identity politics of our times, I’m absolutely in the patriarchy, so to speak. And I mean, that’s true. I’m not saying I’m not; but I was also in a very marginal position for the first 20 years of my life. I absolutely know what it’s like not to have a voice.”

Obarzanek’s hindsight here is neither an indulgence nor an irrelevance, as he is once again preparing to tread the boards with his friend and actor Brian Lipson for the revival of Two Jews walk into a theatre…. Appearing as part of the Sydney Opera House’s newly announced UnWrapped season in May, Two Jews is an intimate exploration of father/son relationships, one in which both Obarzanek and Lipson play their own fathers.

“My father is a very loud, opinionated person, and I don’t identify with his politics at all, and we argue all the time,” Obarzanek reveals. “So the challenge for me is to bring him faithfully out. I’ve really got to try to understand what makes him tick. We really are not the same, so this has been a great exercise for me because I think I now understand my father a lot more.”

Having come from a background steeped in the apocalyptic experience of 20th century European Jewry, and with side bars of communism, Zionism and the kibbutz, Obarzanek draws upon a history of conflicted and fraught identity. As he notes, “In retrospect, the work is really more about me and Brian [Lipson]. It’s really about how we have been shaped very much by our parents and their history. I think we tend to think of ourselves as discreet individuals who somehow magically have been formed as unique human beings; but the more I’ve worked on this project, the more I’ve realised that I’m very much the product of a history of family.”

For all of its personal, political and generational complexities, Two Jews involves a much more sharply defined performative switch for its co-creator. With an obviously rich history in the lexicography of dance, Obarzanek’s switch to stage acting involves the learning of yet another language.

“Dancing really requires a dynamic range with regards to the size of movements, the speed of things, the space you cover and a kind of embodiment of the steps, so that they become more than steps,” he explains. “It’s partly you, it’s partly the material, and, in a way, acting is very similar. There’s a real range of emotions, and even just technical things – the softness, the loudness, the speed, the pauses – they all remind me of choreography.”

Whilst acknowledging the extra effort and altered skill set required for acting, Obarzanek is also no theatre novice. Having left Chunky Move in 2012, he spent time with the Sydney Theatre Company and even wrote a play, Dance Better at Parties, which was subsequently adapted for screen. Indeed, of his old dance creations, he says that “strong character and storytelling” were often prominent.

Working as an actor, however, has focused him more keenly on both the differences and the crossovers. “There’s also memory, of course,” he expands. “To be able not just to remember but to be able to be present. Sometimes in the dance you find yourself ahead of yourself, not movement wise but mentally. Like watching yourself. Or chasing. The goal, though, is to be absolutely present, so that it comes to life at the very moment it’s happening. Acting is exactly the same. You kind of need to know where you’re going, but you don’t forecast that to yourself or to the audience.”

Along with Lipson, (well known for roles in Chaplin, Holding the Man and All Saints), Obarzanek is on stage for about an hour, out of which only seven minutes features dance. His real life father, who he still sees at least once a week, might well be relieved to note this, as his now famous son declares, “My dad hasn’t ever quite gotten over the fact I’m a contemporary dancer, and in fact, he still kind of struggles to say what that is. So in the show, my dad proceeds to explain to Brain’s dad what his son does, and it’s just hilarious because he doesn’t really know what to say. So he has a go at demonstrating it.”

Regardless of how well Obarzanek Snr executes the moves, it would appear, at the very least, that both he and his son now both have a very strong voice indeed.

Gideon Obarzanek’s Two Jews walk into a theatre… will be presented as part of Sydney Opera House’s UnWrapped Series, 9 – 13 May. For tickets and more information, visit www.sydneyoperahouse.com/events/whats-on/unwrapped/2018/arts-sector-development.html.