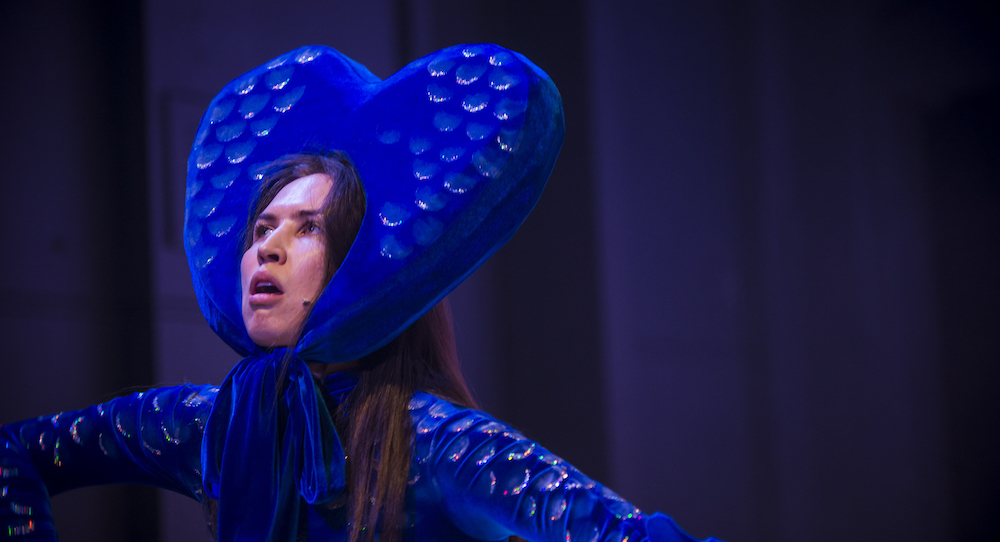 Although artists often indulge in the fantasy of their own exceptionalism, and others are wont to regard them as anything from tax funded parasites to priceless cultural trailblazers, the mythologising miasma that swirls around art making and the endless viewer/viewed mirror loop is sometimes revealed to us in sharp relief. At these junctures, the entire edifice of art, of what we might broadly call our species-wide penchant for “representation” devolves, even if briefly, into its basic socialising function. It is in moments like these, when art blurs out the accepted distinctions between the private and the shared, the self and the other, that we are reminded how sketchily drawn and damn near arbitrary most of those lines are.

Cue: the 2018 Keir Choreographic Award (KCA) Semi-Final season at Melbourne’s Dancehouse – eight short works over two nights from eight of the nation’s best contemporary dancemakers, including Lilian Steiner, Melanie Lane and Nana Biluš Abaffy. Seeing so many newly commissioned works back to back, you can’t help but notice the common threads. For, despite their obvious diversity, this year’s Keir Choreographic class underlined not only something about prevalent mindsets in modern Australian dance but also about the increasingly tribal and polemic fetish of identity that has seeped into our cultural discourse.

Yet, if identity is the key take out from this year’s competing octet the message, so to speak, is avowedly mixed. Whilst it’s too simplistic to suggest that all eight pieces converge into some kind of dance gestalt, seeing them together unveils both the core dichotomy – I/Not I – and our conflicted and contradictory relationship with it. We draw battle lines to delineate, establish and proudly enunciate our identity and yet, simultaneously, push with every fibre against the reductionist confinement of that identity. We wanna be free to be who we wanna be, and then, next minute, smash any pre-conceived notions around that. At any rate, whether they intended it or not, this is what the KCA 2018 Semi-Final week at Dancehouse brought to the fore.

At a simple dance level, this maps out as a distinct and welcome playfulness. From the structured prankster anarchy of Branch Nebula’s Stop-Go to the queer tease of Bhenji Ra’s The Wetness and the quiet insurrection of Luke George’s auditorium invading Public Action, KCA 2018 teased and toyed with audience expectation and the parameters of the artform. Indeed, amidst it all, there were numerous moments of laughter, of audience gasps, of actual fun being had.

Seeing eight new independent Australian works in a bunch, in one room, you become aware that this tendency toward playfulness is not so much about crowd-pleasing irreverence as it is about an urgency that seems to sit at the very heart of contemporary dance. As an artform, it is evidently struggling to smash the totems of its own identity. To take any ideas we may have about dance and stretch them into bold new forms. How many times have we heard people say that dance is not about the steps? With this year’s KCA crop, we see this edict in defiant, genre melting motion. Across the works, we get buckets of text, some artful shuffling of the staging/seating arrangement and plenty of fourth wall-demolishing self-reflection. Hell, we even get snippets of mime. (No, really.)

Aside from obvious and pithy paradoxes like “meta is the new obvious” and “innovation is the new orthodoxy”, what this indicates is an artform straining not to be itself. To explode the narrowness of its accrued identity. To tear itself apart, burn all its sacred texts and re-create itself. Perhaps, if Australian contemporary dance was a therapy client, we might conclude that it had an identity crisis. As Sydney Dance Company’s Rafael Bonachela told me once in an interview, it seems as if everyone is doing just about anything but dance.

However, running counter to this border busting, dance exploding narrative is a distinct retreat into older, harder nodes identity. In most of the eight pieces, the notion of identity (gender, sexuality, ethnicity) is not merely evident but championed; sometimes overtly, at others submerged. Here, perhaps, we see the reflector/reflected dynamic in sweating action; namely, dance makers responding consciously and unconsciously to the viral zeitgeist. If we have witnessed a calcification of our social and political discourse into megaphone polemic, a return to more secure ideological silos and a re-anchoring of identity around blunt territorial markers, so, too, we are seeing the flagpoles of these stagnating identities fluttering on the dance floor.

You could argue that the leaking of infantile us/them agendas from the tabloid wrestling ring of broadcast culture to the relatively intellectualised space of contemporary dance is inevitable – a corollary of artists imbibing the environment around them and then re-expressing it – but in the end, KCA 2018 was unable to wash out the stains of righteousness and blame. If anything, after 160 minutes of diverse, dynamic and often arresting work, we are left wedged even more firmly into our respective boxes.

What this says about all of us is more interesting and more important than anything I could say about the merits or otherwise of any of the individual works; and in this way, the class of 2018 passes the test of relevance with flying (although sometimes definitely not dancing) colours.