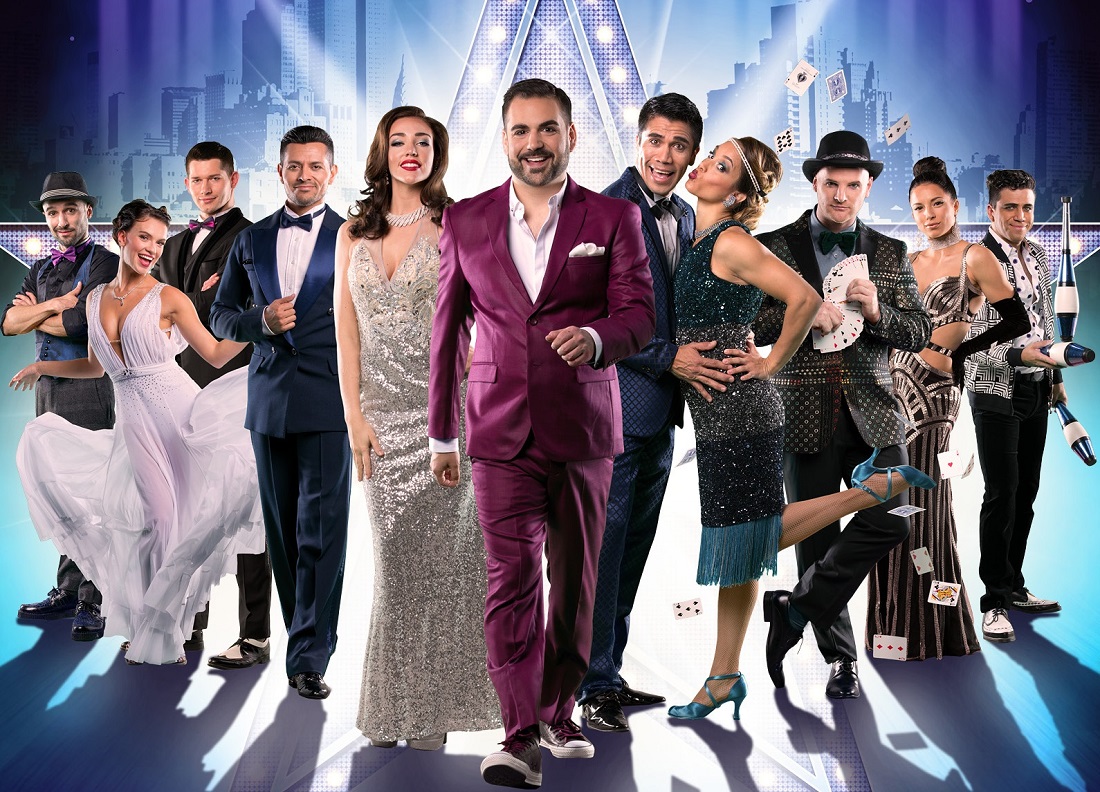 The challenge of variety is making things fit. How, for instance, can you weave the intimacy and small details of ballroom dancing into a show otherwise packed with acrobatics, aerial spectacle and smoke and mirrors magic?

This was the task facing the producers of The Unbelievables, a high impact, family-friendly stage show rolling across three cities this summer; but in particular, the job of getting ballroom into the mix fell to Melbourne-based dancer/choreographer Jarryd Byrne.

When Dance Informa went to meet Byrne and five other ballroom dancers at a rehearsal space in St Kilda in the days before the show’s Sydney opening, it was already apparent that rules would need breaking. The three ballroom couples who feature in The Unbelievables are all steeped in the traditions and rigours of competitive dancesport, but for the stage they are being asked to fly the coop. Literally.

Dance Captain Byrne and his ballroom troupe will not only break hold but also incorporate lifts into their routines, things normally verboten in competition. As Byrne says, “That typical tango frame that everyone’s used to seeing can evolve, change shape and then maybe come back together. I suppose it’s pushing the boundaries, but also having a love of ballroom and being able to integrate it into a stage environment I think will not just create success for this show but give ballroom a bigger voice within the commercial theatre world.” 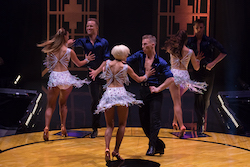 Indeed, for Byrne, who most will know from his partnering stints on Dancing With The Stars, the opportunity goes beyond the show. “In ballroom, we’re all trained in that competitive aspect,” he explains. “We’re all aiming to be world champions or Australian champions, but until things like Come Dancing and Dancing With The Stars came along and gave us a little bit of a light, we maybe were missing out on that performance element, which I’ve always been fascinated by.”

Champion Latin dance couple Craig Monley and Sriani Argaet (who are also a real life couple) echo Byrne’s enthusiasm. “Because we are so used to dancing with each other, when it comes a show that’s got so much going on, that’s very fast moving, we’re used to adapting to different situations or changing styles,” Argaet states. “We tend to click into things pretty quickly.”

Watching the three pairs rehearse, it is obvious that they seeking to stretch the perimeters of competition and to blend the filigree of ballroom with the broader brushstrokes of jazz dance and musical theatre.

“I’m so excited by it because in ballroom, we concentrate on intimate detail, on connection, and there’s a real beauty within that,” Byrne declares. “So, given how vast some of the acts in this show are, the delicate detail that we have is going to really bring it all together.”

Monley concurs. “The great spectacle that’s happening in the show is balanced out by the small moments between two people dancing together.” 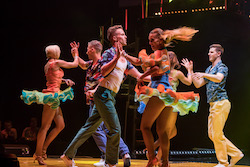 As Byrne points outs, one of his roles is also to liaise with the show’s director, with particular attention to the transitions between acts and the overall flow. “What we’re blessed with in the ballroom world is to have Latin, which is where we get the samba, the salsa, the jive; so we have those high impact dances. But, like with any show, you need to take people on a ride through emotions. With our waltzes and our foxtrots, we can really slow things down and make it more intimate and beautiful, making the transitions into the more spectacular acts more of an impact.”

Part of this is catering for the “in the round” nature of The Unbelievables. According to Byrne, “We’ve got this small catwalk that takes us to this fantastic round stage. So we’re surrounded by audience. What’s great about that, though, is that as ballroom dancers, we’re used to that because we dance in the centre of a stadium with people all around us. Energy-wise, it’s fantastic because we’re used to playing out to different ways, whereas in commercial theatre, you’re only playing out to one side.”

Like many dancesport veterans, Argaet is well versed in the realities of the 360ᵒ audience. “Maybe our competition experience helps us with that as well,” she observes. “We never know what judges are looking at, and I guess it’s the same with audiences. So there’s, like, nowhere to hide and no time to slack off.”

The Unbelievables premiered in Sydney in December, and is now opening in Melbourne in the New Year and Perth later in January. MCed by New York stand-up Harrison Greenbaum and propelled by a six-piece swing orchestra, it combines elements of circus, magic and musical theatre into a high colour variety show that taps into a vein of cultural nostalgia and feeds a demand for escapist spectacle.

It’s a mix that Byrne found irresistible. “This show had the most amazing brief,” he recalls. “You know, they were looking for variety, weird acts and incredible magicians and performers but also champion ballroom dancers. So as soon as I saw that, I just had to be in it.”