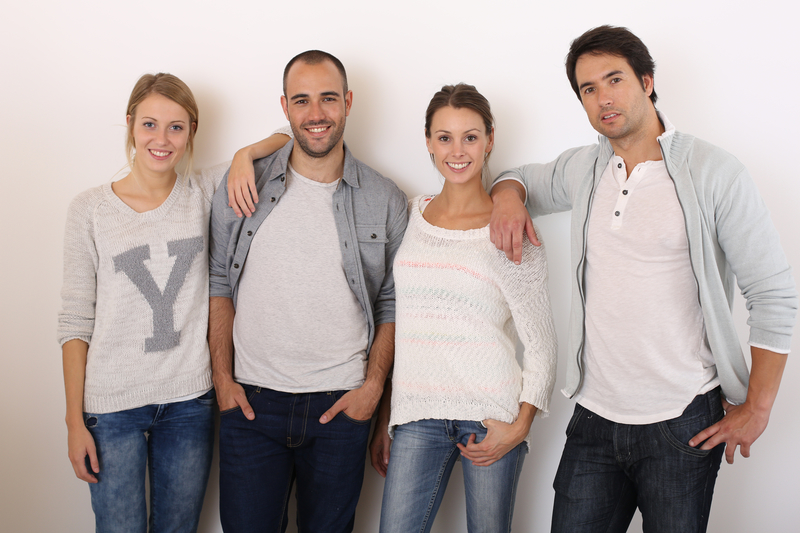 One of the basic needs of mankind is to feel accepted. Knowing this is the secret to establishing and maintaining great relationships with your students, a number of books, articles and seminars have taken the role of educating on the different ways of associating with people and building lasting relationships with them. There are several things that you can do when associating with other people.

People have to feel like they belong and are needed. One way to convey acceptance of people’s ideas is by simply listening. Listening communicates the message that their thoughts are valued and their input is significant. It answers the very basic need to belong and provides a sense of importance.

Have you ever been in any of the following situations?

– While sharing an important insight, somebody finished the sentence for you.

– While narrating what happened over the weekend, somebody butts in and narrated a similar story.

– In a meeting, the boss cut you short while you are still explaining your side.

– You ask your child about his day in school and he runs straight to his room.

– You wanted to discuss something with your spouse, but he is busy watching football.

How did you feel? Not good, right? It’s as if you are taken for granted. It’s as if no one is listening to you and that you do not matter. It signifies that your thoughts, concerns and ideas are not accepted.

At the onset of life, an infant can feel this sense of acceptance from a mother who touches and caresses him in a loving way. As he grows older, his sense of acceptance and importance now comes from other family members, friends, teachers, peers, bosses, officemates, spouse, children, etc. Every person needs to be accepted. It puts meaning to a person’s existence.

Imagine a life with total absence of acceptance. Envision the life of babies who were abandoned by their mothers. Imagine the effect this will have on the babies’ emotional well-being. It is very possible that these kids will grow up dejected and feeling discriminated. The effects of discrimination can result to resentment and, if uncontrolled, can result to violent tendencies.

The feeling of resentment that is harbored overtime can escalate to anger and hostility. When a person becomes hostile, violence erupts. Resentment is like a forest fire – it can turn wild especially when fanned with more resentment. The mere civil act of accepting a person “can make or break them,” as the saying goes.

Acceptance must be done unconditionally. The giver should not expect anything in return. There should be “no strings attached” or no commitments to fulfill. To expect something in return defeats the purpose of making others like you. In fact, this may only breed resentment, for it would appear that you are manipulating people by forcing them into a situation they may not like in the future.

Unconditional acceptance of other people’s thoughts, ideas and concerns can yield favorable outcomes. Acceptance elicits cooperation and this leads to working towards a common goal. Acceptance yields positive and fruitful results. At the same time, you have raised the esteem, importance and morale of the person whom you have accorded respect and acceptance.

Be willing to accept other people’s ideas, thoughts and inputs. You will harvest not only good results, but also the admiration and appreciation of others, as well.

Steve Sirico
Steve studied dance initially with Mikki Williams and then in New York with Charles Kelley and Frank Hatchett. He appeared in a number of theatre productions such as “Damn Yankees”, “Guys and Dolls” and “Mame” in New York and around the country and in industrials and television shows. He was contracted to appear as the lead dancer in the “Valerie Peters Special” a television show filmed in Tampa, Florida. After meeting Angela D’Valda during the filming they formed the Adagio act of D’Valda & Sirico appearing in theatres, clubs and on television shows such as David Letterman, Star Search and the Jerry Lewis Telethon. In 1982 they were contracted to Europe and appeared in a variety of shows in Spain, Portugal, Sweden, Finland, Switzerland and Italy before going to London, England where they appeared as Guest Artists for Wayne Sleep (formerly of the Royal Ballet) in his show “Dash” at the Dominium Theatre.

Steve and Angela have owned and directed their dance studio in Fairfield, CT for the past thirty years. Author of his Jazz Dance syllabus and co-author of a Partner syllabus both of which are used for teacher training by Dance Educators of America, Steve continues to adjudicate and teach for major dance organizations.

He recently has taught at the Interdanz Conference in San Jose, Costa Rica and at The International Dance Teachers Conference in London at the Royal Ballet School. He choreographs for theatres, television and conventions and D’Valda & Sirico recently choreographed the opening to the National Speaker’s Association convention on Broadway in New York City at the Marriott Marquis.

Steve is president and director of the website Dance Teacher Web, designed as an online resource and training tool for dance teachers and dance school owners worldwide. Dance Teacher Web produces a yearly conference in Las Vegas where hundreds of teachers learn from the top master teachers and business coaches in an intimate setting unlike any other dance teacher event. Next year’s conference will be held at the Red Rock Resort July 30 – August 2 2018. For more information visit www.danceteacherweb.com and www.dtwconference.com.