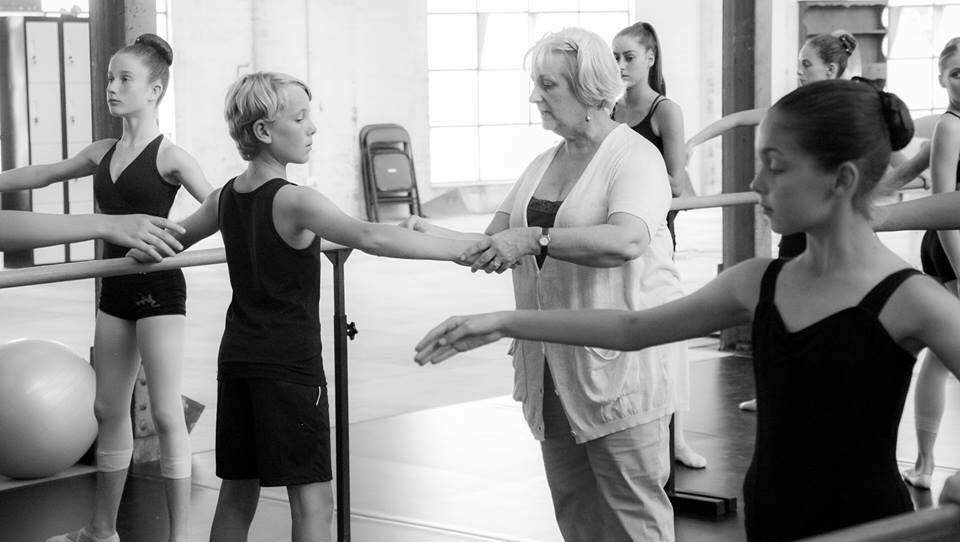 There was a time, some years ago, when Karen Malek could have gone to The Australian Ballet School. Inspired and encouraged by her ballroom dance teacher father, she had immersed herself in the art from childhood, and then in her teens her opportunity arrived. The head teacher at her Latrobe Valley dance school sensed that this young country girl had the talent to move to the big city and, maybe, the big time. But the girl had other ideas.

“She sat mum and I down and suggested that I could probably be a performer, and I looked at her troubled and said, ‘Oh no, I don’t want to be a performer; I want to be a teacher.’ I was pretty clear at a very young age that that was what I wanted to do,” Malek recalls.

Now 62 and living in the city, she can look back on that youthful determination with some pride, knowing that indeed she has been teaching dance for decades and that she has passed on the bug to her son, Paul Malek, with whom she founded and runs Transit Dance. Even after a life of dance, however, she is still not done. “I don’t teach as much physically, but I still do workshops in practical ballet,” she explains. “Mostly I teach teachers, and I also teach the students here at Transit in their theoretical studies.”

This combination of passion, the desire to share the joys of dance and her experience growing up in the regions make Malek the perfect fit for the role of Patron of the Victorian Dance Festival (VDF). In turn, the festival’s stated aims of inclusion, co-operation and creating opportunities and pathways for people outside the capital cities dovetails neatly with everything Malek has done over more than 50 years.

“It’s a lovely fit,” she confirms. “Kate Meade (VDF’s head honcho) and I worked together for a time, and when she asked me I was like, ‘Oh, I think we can do better.’ Because, you know, you always hold various people up on a pedestal; but she said, ‘Actually, I don’t think so.’ I guess that me also being from the country resonated with her.”

Country origins aside, Malek’s Patron role is underwritten by years of running a dance school and a 10-year stint as President of ATOD (Australian Teachers of Dancing). No surprise then that her participation in the event is more than mere tokenism. As she says, she will be on site “all weekend” connecting with dancers, students, parents and fellow trainers.

“It’s a very inspiring event to be at,” she states simply, before outlining her longer term ambitions for VDF. “I hope that the reach extends and that country students will continue to travel to it, and I hope that what people get out of it is the determination and drive to go back and do the best they can in their classes. For them to be inspired is what it’s all about.”

If “inspired” is something of an overused and saccharine term, Malek soon puts some grit and nuance around it. “Being involved emotionally is really what dance is about,” she begins. “It’s not just happy, bright jazz hands; it can be more lyrical and soul searching. To be able to call upon emotion that comes from within is something that a lot of people struggle with, and if the teachers are able to reach them on that level, then that really is something added to take away.”

Of course, what this alludes to is one of the core drivers for many artists. As Malek reveals, “For me growing up, dance was my escape. I was the eldest girl, so there was a lot of responsibility with that, and dance was my refuge from that. My safe place. Actually, I think it’s a safe space for a lot of people. To go there, immerse yourself in the music and the beauty of movement, is an incredibly rewarding thing to do. For children who may have horrible things in their life, dance lets them know that life can also be beautiful.”

Indeed, for Malek, VDF bears this out and, in addition, underlines the life skills that the discipline of dance instils. “I think that the message to each individual child is that despite what’s going on around them, they need an opportunity to experience all that life offers, good or bad. So, it’s not just that they should immerse themselves in dance but in everything they can and still be children because, if they do become artists, that’s what they’ll tap into when they’re called upon to show emotion.”

Recalling her father’s passion and her mother’s tireless support, Malek suggests that this is the other aspect of the VDF ethos that appeals to her. The community building objective of the festival, she argues, taps into something pivotal. “I’m a bit of a believer in being grateful for what comes your way and to not take things for granted and remain humble through any success; because that success is not yours alone to enjoy.”

In her work with Transit, ATOD and VDF, she likes, wherever possible, to observe the following principle: “Gratefulness and kindness to others will stand you in good stead.” A fitting thought at this time of year as we stop and reflect on our blessings in the lead up to Christmas.

Malek and the VDF team both feel that dance is a gift, and with that in mind, the VDF 2018 tickets have been reduced by $25 until December 25th to help families give their child the gift of dance.

To join Karen Malek at VDF, visit www.victoriandancefestival.com. For teachers there is the VDF Teachers Day on Friday, February 16 at Jason Coleman’s Ministry of Dance. For students there are two days of high intensity workshops from the industry’s most sort after instructors on Saturday 17 and Sunday 18 of February, 2018 at Royal Exhibition Building, Carlton Gardens, Melbourne.