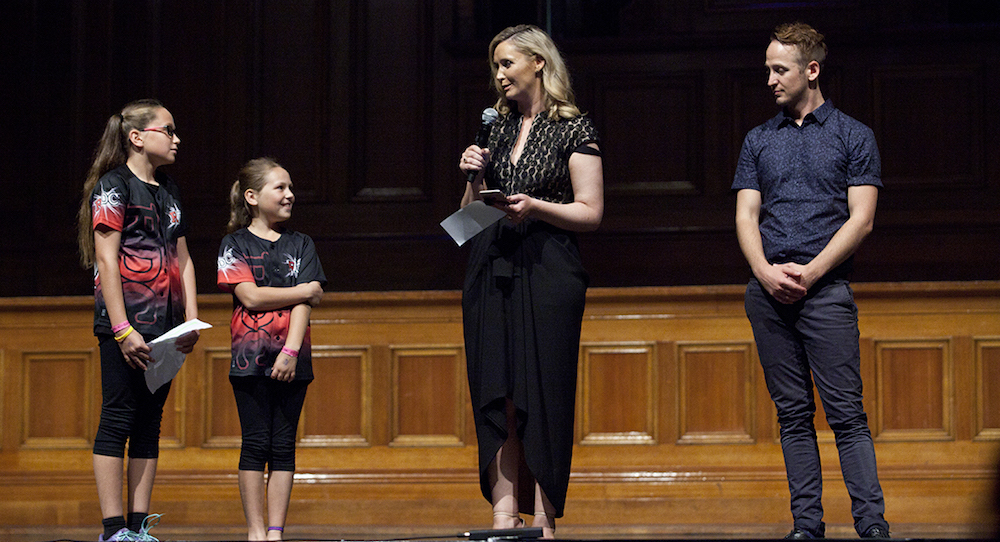 In a relatively small arts and cultural market like Australia, with its heavy dependence on public funding, it’s easy to get overlooked, to find yourself outside the usual boxes. Thus, whatever our opinion of mainstream funding agendas might be, the addition of private and community-based initiatives to the mix is always welcome, if only because they allow those who might typically be passed over the chance to gain access to much needed support. 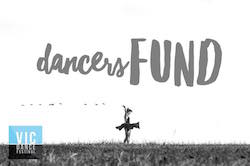 Ordinarily, an event like the Energetiks Victorian Dance Festival (VDF) would be one of those in line for this kind of alternative funding, so the fact that VDF is now a source of private funding for others in the dance community is noteworthy indeed.

With its non-competitive focus and accent on accessibility, VDF has, at its core, a belief in the value of the self-supporting network; in other words, of dance people uniting to bolster the entire sector. As its founder, driving force and director, Kate Meade says, “You can’t get anywhere within any industry without the support of others. I think that once you get to a certain point, it’s about recognising the people who have supported you along the way. So, we’ve had incredible support from the dance industry to get the Victorian Dance Festival to the place it is, and we now have a duty to give back to the very community that brought us to this place.”

To that end, Meade and the team behind VDF (which, by the way, includes Dance Informa), have entered the arts funding game by offering grants in two categories, one regional and one metro, aimed at assisting privately owned dance studios. Down the line, finances allowing, they will add grants for individuals.

Of course, we’re not talking tens of thousands here – more like $1,000 – but the point is not so much about the dollar amount but the very fact of community-based, ground level, practical support.

“We understand the role that dance studios play within communities,” Meade explains. “Studio owners give a lot to their students, and so this is a way of really connecting with them and saying, ‘You know what, we know what you go through and we appreciate what you do in, really, changing the future of dance.’ So we thought, let’s see if we can help out.”

As a dance mad young girl growing up in country Victoria, Meade learned first-hand that there are very real barriers to participation; in her case, distance and limited opportunity. This experience was pivotal in the formulation of VDF. “We got started not for selfish reasons. It wasn’t, ‘I’m going to put on this great event and I’m going to be doing all these amazing things.’ It actually got started for the kids,” she recalls. “But again, because it’s a non-competitive environment, it’s got to be ‘community’. What that means is that when someone’s in need, the community puts up their hand and people help each other out. That’s what‘s at the core of the festival.” 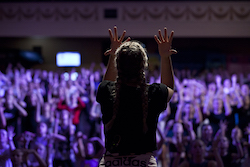 These days, Meade still lives on the Great Ocean Road where, amongst other things, she works as a breakfast radio host and dedicates herself to advocating for the entire dance industry. “If we keep working together, this is how great things can happen,” she declares.

That said, setting yourself up us a funder is not without its drawbacks. “So basically, we’ve created some type of nightmare; because we understand what you go through when you apply for funding,” Meade elaborates. “I try and narrow it down with a broken heart as much as I can, and then I take it to about four or five trusted peers. It’s awful. Giving the money is the best bit, but knowing that you are also saying no to people is the worst part of it.”

Although this year marks VDF’s formalisation of this process, the festival has already given out two grants, with a focus very much on grassroots support. She cites the example of Richardson Dance Studio in Swan Hill that wanted to take its students to Melbourne to see a musical because, being rural, they had never seen a show on that scale. “So we paid for the bus,” Meade reveals.

Perhaps, in the scheme of things, this initiative is modest, but its mere existence says something about the values operating behind it. As Meade contends, “We’re almost the round peg in the square hole type thing. We haven’t got funding from the government, and private enterprise looks at us like ‘what are you?’ It’s very unique to dance because it’s for dance, and so are these grants.”

For more information on the Victorian Dance Festival and its Dancers Fund, click here.
Yo nominate your studio email kate@victoriandancefestival.com.