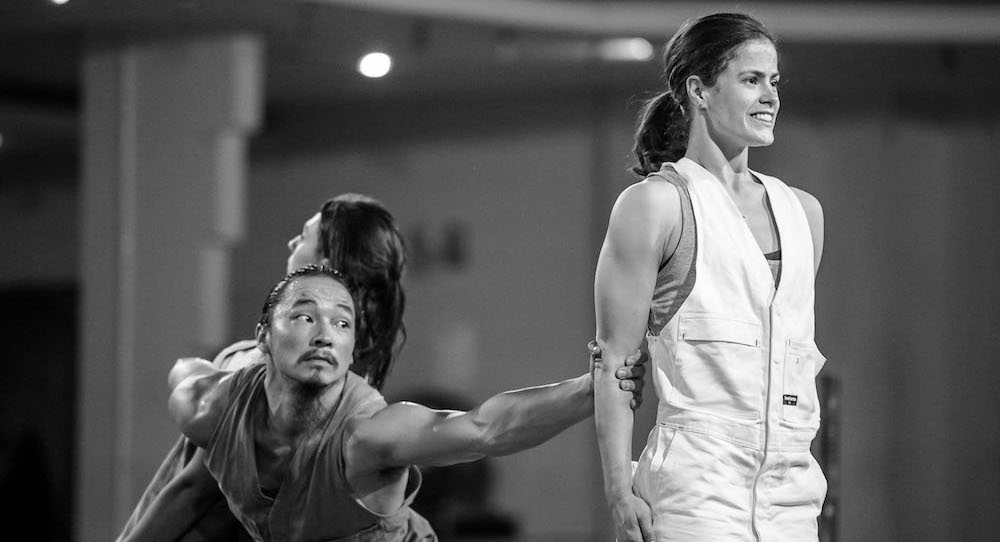 Ten years ago, one of the brightest lights in contemporary dance was unexpectedly, and tragically, extinguished.

It was 2am on 17 August 2007 when the recently appointed Artistic Director of one of Australia’s leading dance companies was hit by a garbage truck and killed.

The Australian dance community was in shock. Just two months before she had been set to take up the mantle of leading Sydney Dance Company, 29-year-old Tanja Leidtke was gone. For the last 30 years, the company had been led by Graeme Murphy. When he stepped down, there was an international search for a new artistic director to fill his enormous shoes. And it was Leidtke who scored the role and was due to start in October.

While Australia, and the world, didn’t get the chance to see how Leidtke would bring a fresh and innovative voice to contemporary dance, she had left behind a promising body of work. And this month, her untimely passing will be commemorated with the remount of her final work, Construct, by Adelaide-based Australian Dance Theatre (ADT), in conjunction with the Tanja Leidtke Foundation.

Leidtke had been a dancer with ADT from 1999 to 2003, and had taken some of her first steps as a choreographer while with the company. Her legacy includes the two full-length works she created, Twelfth Floor and Construct, and a handful of shorter works. Her first full-length work, Twelfth Floor, was nominated for a staggering five Australian Dance Awards and received rave reviews.

In a recent interview with Dance Informa, Garry Stewart, artistic director of ADT, spoke about Leidtke’s potential, her amazing talent as a dancer and choreographer, and how she was also a wonderful person.

“You get this sense of a phenomenal potential that wasn’t fully realised, but so much was done in a short amount of time,” Stewart explains. “There was a condensation of extraordinary creativity and talent packed into a really brief period that had resonances at the time, and still does.”

Stewart inherited Leidtke as a dancer when he took up the artistic directorship of ADT in 1999, and worked with her for four years.

“I remember I arrived just after ADT had had a choreographic season, and everyone was raving about a piece she’d created,” Stewart recalls. “I started running the company the next year and started the Ignition season. She created a little work, To My Suite, like a little love story that was so ingenious and smart and clever.”

But is wasn’t just her unrealised artistic potential that made her untimely passing so heartbreaking, as Stewart explains.

“Beyond being an extraordinary dancer and choreographer, the reason so many people are affected when someone like Tanja passes away so young is because she was a really wonderful person,” he says. “She was kind and warm and generous and compassionate and fun and all of those things, that people miss apart from just her career and work. It was how she was a human being within that. That is what made her even more special.”

Kristina Chan is directing the remount of Construct, with support from Craig Barry. Chan danced in the original productions of Twelfth Floor and Construct, was a dancer in ADT at the same time as Leidtke, and one of her close friends. She spoke of Leidtke as being both driven, yet playful.

“She had two sides to her,” Chan shares. “This really cheeky, fun, gorgeous, playful, almost wicked side to her, and then when it came to work, she was so focused and determined and high achieving to the point where he was just inspirational.”

Chan continues, “She was very creative. Always dreaming about what to do next. She was a special human as well. She had these two sides to her. So hard-working and serious and then so crazy and spontaneous. And I think that really comes through in her work. She was very serious about her work, but the works she made weren’t serious. Even in Construct, there is really slapstick ridiculous funny themes, but the seriousness to get to that point, it’s probably why it works so well.”

In 2008, Leidtke’s parents, Kurt and Gerlinde, established the Tanja Leidtke Foundation to honour her and preserve her artistic legacy. The Foundation works to support Leidtke’s vision of dance as a universal language of inspiration and discovery.

“I had known her parents since she was in the company,” Stewart notes when talking about his connection with the Foundation. “They used to come to all the performances. When Tanja passed away, they set up the Foundation in her memory because Tanja wanted to expand exposure and knowledge of dance throughout Australia and around the world. She was very passionate about that. They set up the foundation to create opportunities for young choreographers, and to provide a space for experimentation. To also expand the knowledge of dance throughout the broader society in general outside of the dance community.”

Stewart describes how ADT has been connected to the Foundation, and why ADT was the company that the Leidtkes chose to remount their daughter’s final work.

“One of the initiatives the Foundation supports is the Hanover Choreographic Competition,” Stewart says. “The Foundation provides a prize for one of the winners of the competition. The prize is three weeks in residency with ADT. The Foundation also provides a fellowship for a young Australian choreographer to spend a period of time in a studio in Berlin, so they get to be exposed to the really exciting and dynamic and experimental dance scene in Berlin.”

Stewart continues, “The partnership between the Tanja Leidtke Foundation and ADT harks back to Tanja’s history with the company. Construct was originally performed by Paul White, Tanja and Kristina Chan. They were all in ADT together. There is this heritage and lineage that you can identify in Construct and in the Foundation.”

Stewart explains why Construct is considered Leidtke’s most significant work and, as such, had been chosen to commemorate the 10th anniversary of her passing. “Construct was beautifully and succinctly created and magical. It’s hard to define, but I think it is its ingenuity, the choreography, the way the ideas were expressed, the clarity and the economy in the playing out of the ideas. The pathway and arc of the piece worked really perfectly, the sense of comic timing, the sense of almost sad tragedy toward the end and the journey to that point was so beautifully constructed architecturally and emotionally. It showed a great intelligence, sensitivity and maturity in someone quite young. It was relatively young for a choreographer to make such an outstanding piece.”

“We always said that if Construct was to be restaged, either myself or Paul White would stage the work because we worked so closely with Tanja for so many years,” Chan notes in talking about her role as remount director. “We made the work with her and have so much detailed stored in our bodies from performing it so many times. My role is to teach the work and also honour the integrity of the work. But also to create this new space for a new cast to eventually own the roles and not feel like they are just trying to perform like the original cast members.”

Chan adds, “The cast had to be right. It’s a physically and performatively demanding work. We needed really skilled, highly trained performers and dancers able to execute the show the way I know Tanja would want it to be done.”

As Jana Castillo, Kimboll Wong and Marlo Benjamin are dancing in the remount, Chan says, “It’s such a tricky fine line because these three performers are just so wonderful, and they are great artists in their own right, but Tanja is not here to allow major changes to happen. One of the reasons Construct was so special to us was the way Tanja worked. She chose people she wanted to work with carefully. We were best mates, Paul, Tanja and I. It wasn’t a show we just happened to put on. It was built from our friendship, and I want the new cast to feel like they are not just filling someone else’s shoes, but when they get on stage to feel like they are bringing themselves to the role.”

Construct opens in Adelaide on 29 November at the Space Theatre and runs until 5 December. It will then be performed at the Tanzbiennale Heidelberg in Leidtke’s birth country Germany. For tickets and more information, visit www.adt.org.au/current/work.