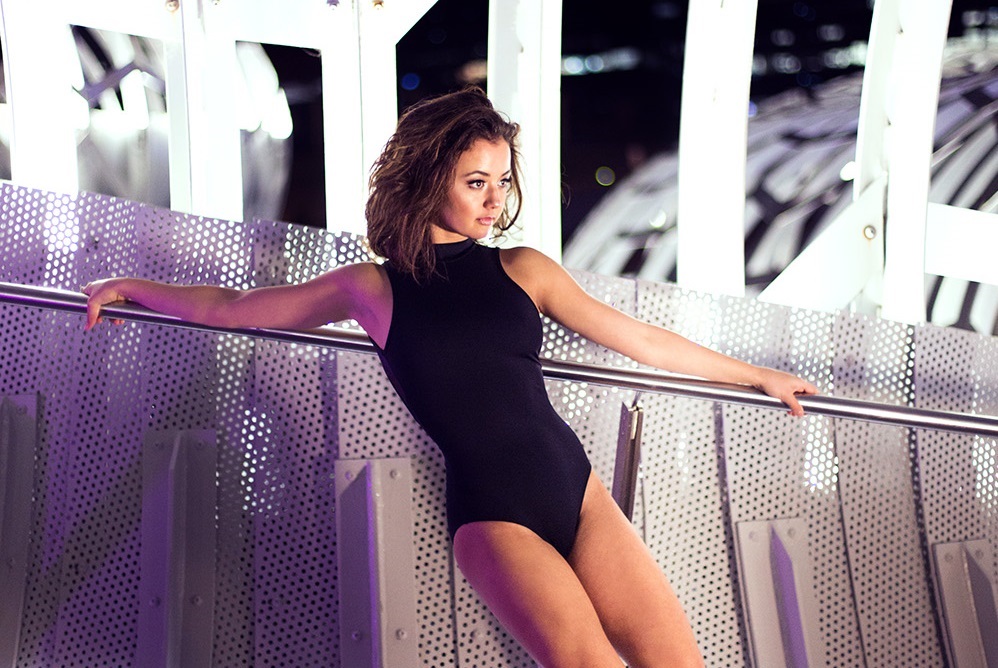 Sometimes the obvious pun is just too hard to resist, so let’s get it out of the way right now. Twenty-year-old dancer Chanel Cahill is literally living the dream, for having moved across the country to pursue her ambition, she soon landed herself a gig with Marko Panzic’s Sydney-based Dream Dance Company, as well as a modelling contract with Energetiks dancewear.

“I had a moment on stage the other night during our opening number when I thought, ‘Wow, I am so lucky to be doing this right now in my life.’ I’m very grateful,” she declares.

And no wonder, because the Perth-born performer began her dance life like so many others, as a child in one the country’s many dance schools. Somewhere between the ages of three and 18, however, Cahill’s ballerina dream began to take a more solid form. Fifteen years of training eventually led her to cross the continent, leaving the security of home and family for the bustle of a much bigger city and the chance to keep dancing.

“It’s just that it’s my passion. I absolutely love it,” she responds when asked what kept her going beyond the first flush of childhood imagining. “Although it’s challenging, I love that; like, every day in a class or whatever, there’s always something that gets you. There are always moments when you do feel down with dancing. You know, like I never feel good enough; but I always push through, and at the end of the day I just remember how much I love it.”

Barely out of her teens, Cahill recalls vividly the delicate balancing act of dance, school and social life. As she explains, “I definitely wanted my education. I’m the kind of person who always had to get their work done. If there was homework, I had to get it done. So yeah, it was hard juggling it. After school, there wasn’t much time for a break. I was going straight to dancing and taking hours of classes, but you’ve got to be organised and get through it that way.”

However, there soon came a time when Perth wasn’t big enough, the presence of WAAPA, Co3 and the West Australian Ballet notwithstanding. So, rather than stay put, Cahill decided to put her dream and her talent to the test, opting for full time study at Village On Broadway in Sydney.

“I had decided a few years before that that’s what I wanted to do because there’s definitely a lot more opportunity in Sydney, and I wanted to be trained by leading choreographers,” she reveals. “Whenever people would come to Perth and do workshops, I was always like, ‘I want more of this in my life,’ so I was really set on moving.”

After a year of study, she eventually found herself in the audition space for Dream Dance Company. “I’ve always looked up to Dream since it first started a few years ago, and when I found out that Sarah Boulter was choreographing this year, I was so excited because I absolutely love her.”

Whatever Cahill did on that day, company founder and director Marko Panzic must have been impressed. “I was coming back from a class and I was catching the bus, and while I was at the stop I checked my email and there was one from Dream, and I thought, ‘This must be it, this must be whether I got in or not.’ So I checked, and it said that I was successful, and I was panicking. I had to read through it a couple of times to make sure I got it right before I called anyone.”

As it transpires, she had read it right, and now she is part of Dream’s touring ensemble, putting her ballet-inspired technique to good use on stage. “There’s a section in our show where I do a solo on pointe, so I guess that’s my role in the company,” she says. “Sarah Boulter is contemporary, but there’s also some very commercial stuff; like, there’s jazz throughout it as well, which is really different for me but also really interesting.”

Along with all the touring and performing, though, comes the sheer physical rigour of dance. Like elite sport, professional dance demands discipline and attention to detail, a fact that Cahill is most definitely learning. “It’s very hard on our bodies,” she states. “A lot of us end up with blood on our legs and lots of bruises, but we try and stay as safe as we can. It’s not only what we do on stage, it’s what we do behind the scenes – our warm-up process, doing tech runs and all that. So I try and stay as healthy as I can so that my body is ready to go because dance is really pretty tough on the body.”

At just 20, and having realised a lifelong dream, Cahill is more than ready to endure the relentless physicality and the bouts of self-doubt that come with a career in dance. After all, as she likes to remind herself and others, “For me it really is a dream to be able to tour and perform and just do what you love on stage.”

Because some puns, it seems, are also true.