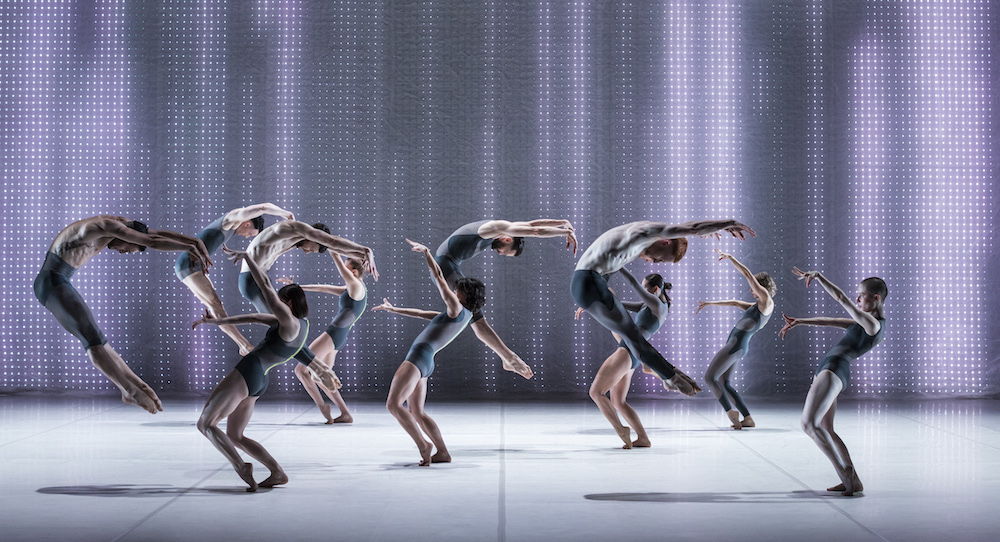 Since its premiere five years ago, Rafael Bonachela and the Sydney Dance Company (SDC) have created a world-wide “tour de force” with 2 One Another, performing over 100 times across Australia, Europe, USA and South America. During this period, the work has evolved and developed, as Bonachela remarks, “It has been so wonderful to revisit this work, to add choreographic depth and watch the dancers breathe even more life into it.”

This evening is the 100th performance of the program, and the power and precision of these dancers is a testament to both the dancers’ virtuosity and the numerous times this work has been performed.

There is an intensity that builds from the opening movement, with a pixelated lit background punctuated by harsh strobe lighting, designed by Benjamin Cisterne, against an unnerving Spanish electro acoustic piece of music. The perfectly synchronised movements across all dancers is startling. Hand and head movements, swaying in unisson – extraordinary in its finesse and control.

Long-time collaborator Nick Wales and Bonachela together developed the musical score across four movements, using inspiration from the poet Samuel Webster, who came into the studio during rehearsals to spontaneously write phrases in response to the dancing. Some of these phrases are incorporated into the production.

The diversity of body types in the company works particularly well in 2 One Another, with its exploration of “connecting or not to multi-faceted networks…ongoing, continuous, ending and beginning, with or without me.” 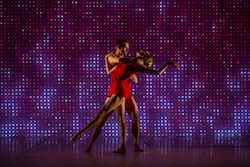 A number of climactic waves carried by a driving rhythm draw us into a kind of vortex, with no respite from the tangible tension, and I find myself swaying to the rhythm, becoming part of the encounter.

There is another encounter when the dancers kneel across the front of the stage, seeking eye contact with the audience, tangibly adding a layer of interaction, the quiet stillness of the individual gaze, leaving the audience wondering what will follow.

After the chromatic simplicity of the initial dark grey “second skins” worn by the dancers, it is a welcome relief to see a change of costume colour to red, in short tunic style. 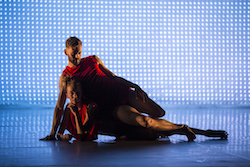 Assness effectively creates a second skin, unique for each dancer, whilst maintaining a visual solidarity on stage with one another.

This is Bonachela at his absolute best, expressing through dance the human experience — of connecting and losing connections, feeling alone or part of a greater whole. The choreography is exhilarating, physically demanding and quite beautiful to watch. By moments both gritty and grounded, as well as light and ethereal, but always smooth.

Once again, Bonachela succeeds in expressing the inexpressible, this time in the realm of human interaction. 2 One Another is indeed a tour de force.