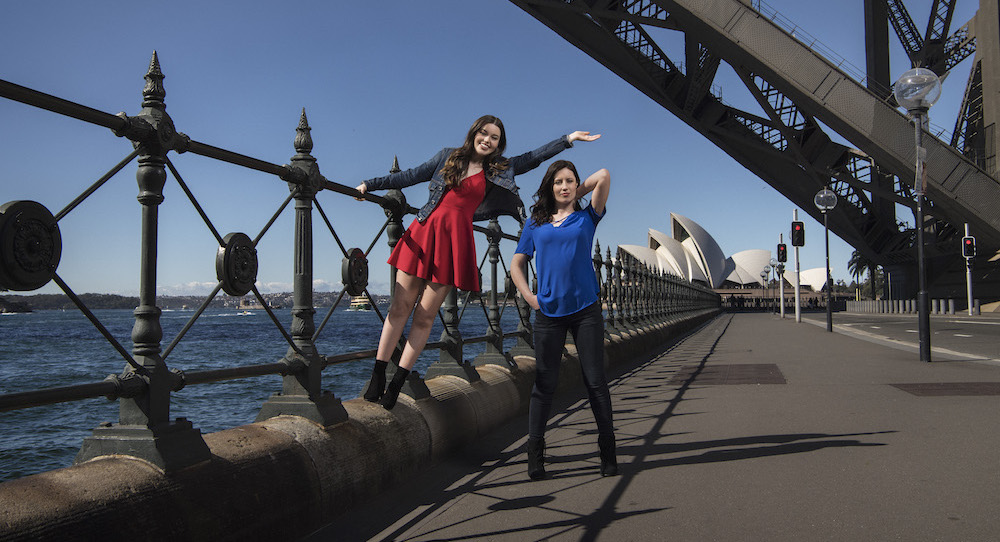 Most of us love a good wedding, even if the melodrama of the occasion can sometimes get a bit ridiculous and the puffy sleeve outfits and bad dancing are the stuff of future home video nightmares. When you throw in a lovable dag, though, and a liberal dose of Abba, well then you have grounds for a full on musical production.

Since its release in 1994, P.J. Hogan’s Muriel’s Wedding has been a homegrown favourite with Australian audiences. Twenty-three years later, however, it seems that Muriel Heslop is still dreaming of the perfect wedding, hence the Sydney Theatre Company’s upcoming summer production of Muriel’s Wedding the Musical. With Hogan returning to update and translate his quirky original script, and with new music from Kate Miller-Heidke and Keir Nuttal, the 2017 Muriel’s will aim to replicate the success of other screen-to-stage crossovers.

Re-imagining a character associated so strongly with Toni Collette is a young woman who wasn’t even born when the film first appeared. At just 21, Melbourne-based stage debutant Maggie McKenna has been in what she calls “Muriel training” since landing the role, but, prior to that, had already been a fan. “I probably started watching it at the age of four,” she recalls. “It’s been a classic in our house and in our family, so I’ve grown up with it.”

All the more reason perhaps to be wary of the inevitable Collette comparisons. Despite this being her mainstage debut, McKenna is clear about how to deal with the predictable preconceptions of audiences. “If I try and think, ‘Well, Toni did this or Toni did that,’ I will just get wrapped up in trying to imitate her performance, which I will never do justice to because I’m not Toni. So really, all I can do is be authentically the character and hope that people respond to that.”

Indeed, it is the character of Muriel herself, or rather, how so many of us have recognised either ourselves or people we know in her, that sits at the heart of film’s success and the musical’s creative challenge.

As McKenna admits, “I’m definitely very terrified. I mean, it is such an iconic role. A lot of people want what they remember from the film, but you know, I can’t be Toni Collette. But I am very much like Muriel. I feel like there’s a lot of me in her without me even trying. You know, we both sometimes say inappropriate things, and we’re both dorks.”

Character is always the defining challenge for an actor, but in a musical the craft is expanded, stepping into triple threat territory. Fortunately for McKenna, she is steeped in music, having moved from violin to guitar as an eight-year-old and winning a national songwriting competition at just 11.

With the dance part of the equation, though, she is having to concentrate a little harder. “I wouldn’t call myself a dancer but definitely a strong mover,” she explains. “I’m not the most graceful dancer in the world, but that’s kind of okay for Muriel. So my sort of crazy dad dancing really works for this part.”

Of course, this is where “Muriel training” helps. “I’m doing personal training three times a week to get very strong and doing some private dance classes just to loosen myself up. I’m working on getting ready to be able to do eight shows a week and be able to keep healthy and keep my body up to the standard it needs to be.”

For a story with such a clear narrative and peopled by recognisable and developed characters, the musical imperative (to break into a number) also needs to be handled carefully. “You want it to be as fluid as it can be, and you want it to be real,” McKenna reveals. “You want to be breaking into song for a reason, or into a dance break for a reason, and have the audience not be taken aback by that.”

In the case of Muriel’s Wedding, though, the transition is made that much easier by Abba. “If any movie was going to be made into a musical, this should be the one because the characters and story really lend themselves to music,” McKenna argues. “There’s music throughout the film anyway – a lot of Abba – and so Kate [Miller Heidke] and Keir [Nuttal], who’ve written a lot of the music, have really gotten inside the characters’ heads and really said everything that wasn’t said in the film.”

But adding in new tunes and more dancing isn’t the only change that the musical version will bring. Back in ’94, there was barely even internet, let alone Twitter feeds and Facebook pages. This year, though, Muriel will go online, as hungry as anyone for your virtual approval. “It translates that she wants to be a social media star,” says McKenna of her dorky alter ego. “She really wants that huge following and all the likes.”

Beginning in early November, Muriel will play in Sydney until January 20, providing an almost marathon first turn on the boards for the daughter of showbiz veterans (Gina Riley and Rick McKenna). As to whether her parents will be an asset when it comes to rehearsing, McKenna reveals that home life is not about running lines. “We don’t often do a lot of ‘business’ stuff together,” she confesses. “It’s sort of like mixing work and family, and we don’t really want to do that. We generally just chill out when we’re together. You know, Mum and daughter not really doing anything, just watching bad reality TV.”