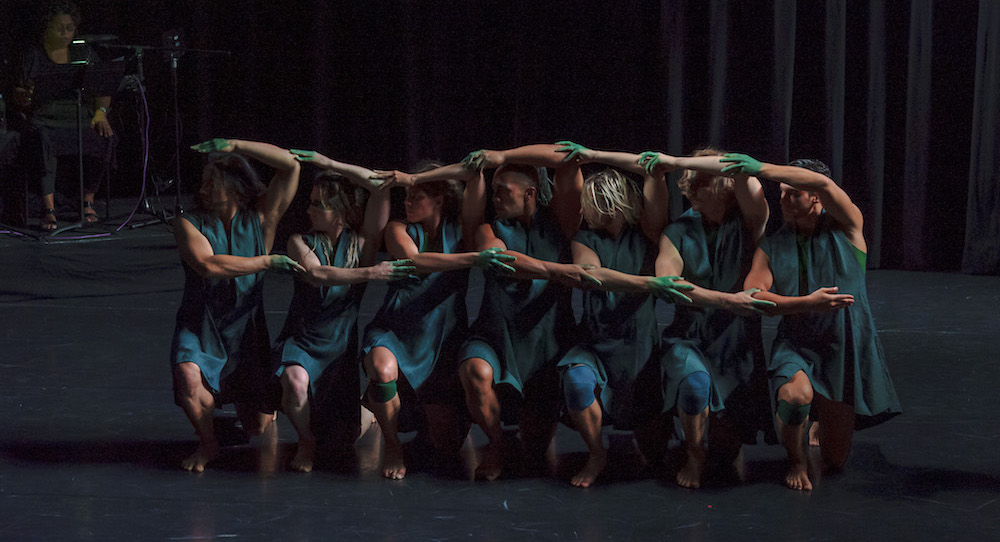 After 15 years at the Wonderland Ballroom in Hawthorn, 12km south of the Adelaide CBD, Australia’s oldest contemporary dance company will be moving to a new home.

The iconic company, Australian Dance Theatre (ADT), will be moving into another icon in Adelaide, the Odeon Theatre in Norwood, just east of the city. The move will mean that ADT will have space to develop and present dance, which will be a bonus for ADT, as well as the broader dance community and dance lovers in Adelaide.

“The Wonderland is great for making work but not for presenting,” says ADT Executive Director Shaun Comerford. “At the Odeon, we can put work on stage for ourselves and others. This was an added bonus really. Our main reason for the move was financial, as rent has increased at the Wonderland in the last five years. We are the only company of our sort not in a government-supported, subsidised space. That is still the longer term goal. While the Odeon is still a commercial hire, it’s a much better financial choice.”

Financial considerations aren’t the only reason for the move.

“We were looking for a home in a more central location,” Comerford reveals. “There is a more thriving thoroughfare on The Parade where the Odeon is than we currently have. This feeds into the goal of growing and developing the dance audience in Adelaide. The more people coming through the door, the better.”

Comerford has been the executive director at ADT for coming up on two years, and the search for a new home had already started when he arrived and was top of the ADT agenda.

“Finding the space was the biggest challenge,” he explains. “I can’t tell you how many different buildings I’ve looked at in Adelaide and greater Adelaide. We had a particular footprint we needed, and the space needed to be a certain size and have enough offices for our admin staff. But in the end, we didn’t have to knock on any doors. Patch Theatre Company had already decided to vacate the building, and the landlord was looking for new people. We’d been in discussions with Arts South Australia about our search for a new home, so they passed on our contact details.”

As well as connecting them with the landlord, Arts South Australia has ponied up $340,000 to transform the Odeon into the kind of venue ADT needs.

“We’re working with current and potential partners to transform the space,” Comerford says. “The biggest cost will be removing the fixed seating system and putting in a retractable system so the space is a convertible, multifunction space. We also need to upgrade foyers and bars so the building will be a first class professional theatre. And we’re working with production and lighting suppliers to upgrade the lighting, sound and other production elements of the building.”

Comerford stresses that the funding from Arts South Australia has been a huge bonus, and that in kind support from other Adelaide partners has been invaluable as well.

“While it is a large sum of money, it doesn’t finish the job,” he says. “We have to raise more beyond that. We’re also getting significant support from the designer Susanna Balado from a company call Enoki, who is working on the building which is fully sponsored. Novatech, our long time production supporters, are doing an amazing deal to be able to upgrade and make it a first class facility.”

Clearly, the move to the Odeon will benefit ADT, but the company can see that the move will mean a lot more for dance in South Australia.

“We plan to expand our offering to youth and education, workshops, and our public dance program,” Comerford shares. “And it all feeds into the goal to grow and develop the dance audience in Adelaide. We’ll be able to hire out the space to bring in additional revenue, and because ADT is a touring company, there will be times when the building and theatre will be vacant. We already have some professional companies lined up for seasons next year, and hope to encourage more organisations to do so.”

Comerford says the move will benefit the SA independent dance community in a couple of ways. “Over the last two years, we’ve been developing an international centre for choreography, so we’ll be able to help the local independent dance community to connect with international companies, support international exchange of artists and choreographers, bring in new choreographic workshops and more. ADT has always prided itself on supporting the sector and career pathways for dance artists. Programs like Ignition and Rough Draft and Enhancement have helped dancers to develop their own work and choreographic voice. People like Antony Hamilton, Lina Limosani, Gabrielle Nankivell and Tanja Liedtke are few. We are looking to broaden that aspect with the new Centre for Choreography and also in our other work at the Odeon and to help build local audiences.”

He continues, “We aim to provide a low risk environment for independents to present their work. Presenting a new work can be expensive, even with good support from venue and festivals. So we’d like to take those difficulties out of the equation by co-presenting. By creating an environment where audiences can see a greater variety of work on a more regular basis, we hope it will expand their love and grow that network. Through discussions with the dance community, we discovered that there are a number of other spaces for making dance, or new spaces coming up, and so we hope to facilitate the presentation side. Making dance is one thing, but once it’s made, usually the presentation costs become prohibitive. The Odeon only has one extra rehearsal space, but the presentation space will help with the bigger problem of presenting dance.”

Comerford was not able to reveal too much about what the company will be presenting, and who it will be hosting, at the Odeon in 2018, as this is top secret until it is announced in November, but he was able to talk about how this move will have both cultural and economic benefits for Adelaide.

“We joke from time to time in meetings that ADT is sometimes better known in Paris than in Adelaide,” he says. “It’s not really true, but it feels that way sometimes. The reality is that, as a company, we have significant profiles in Europe, North America and the UK, and this creates an opportunity to attract interest in our work when it’s at home. We are looking to create some inbound activity rather than completely outbound.”

Comerford adds, “From a tourism and economic impact, we will have another space in Adelaide for professional performances, classes and workshops, which means more people working, and that is a direct economic impact. The previous resident company at the Odeon, Patch Theatre, created performances for children. We expect that people who come to see our evening performances will be more likely to make a night out of it, to have dinner before the show, and perhaps a few drinks after. The Odeon is located in a really great precinct for dining and social entertainment, and we’re hoping to combine packages with local traders. We’ve had discussions with the local economic development group and local council, and everyone is really excited about the relocation.”

Comerford says that the biggest cultural impact of the refurbished Odeon will be retaining artists instead of losing them interstate. “There is the lack of opportunity to present work, and there is also a perception that there is more opportunity in the other states because they have bigger cities. But it’s more expensive to live there, and there are more people competing for performance opportunities and funding. I moved over here from Sydney when I took this job. The opportunities for artists and arts workers to do what they love in South Australia is so much more significant than in NSW or Victoria. The affordability and ease of the lifestyle in Adelaide is something we really don’t trumpet enough. Sydney is a beautiful city but very expensive to live in, particularly in the arts scene. So if we can create the demand beyond festival time, it’s a no brainer.”

He continues, “Artists also often think that to develop international networks, you need to be in the bigger city and be presenting in festivals like Dance Massive. We need to have opportunities in Adelaide where we can make the work and showcase it to the world.  We hope some of the connections between our International Centre of Choreography will help with that.”

ADT’s move into the Odeon will coincide with the announcement of its 2018 program and the opening of its season at the Festival Centre.

“We take over the building in October, and officially move in around the second or third week of December,” Comerford says. “We’ll be making announcements about some of the companies and artists we’ll be hosting in 2018 at that time, so stay tuned.”

For more information on Australian Dance Theatre and to keep up-to-date with company performances, visit www.adt.org.au.