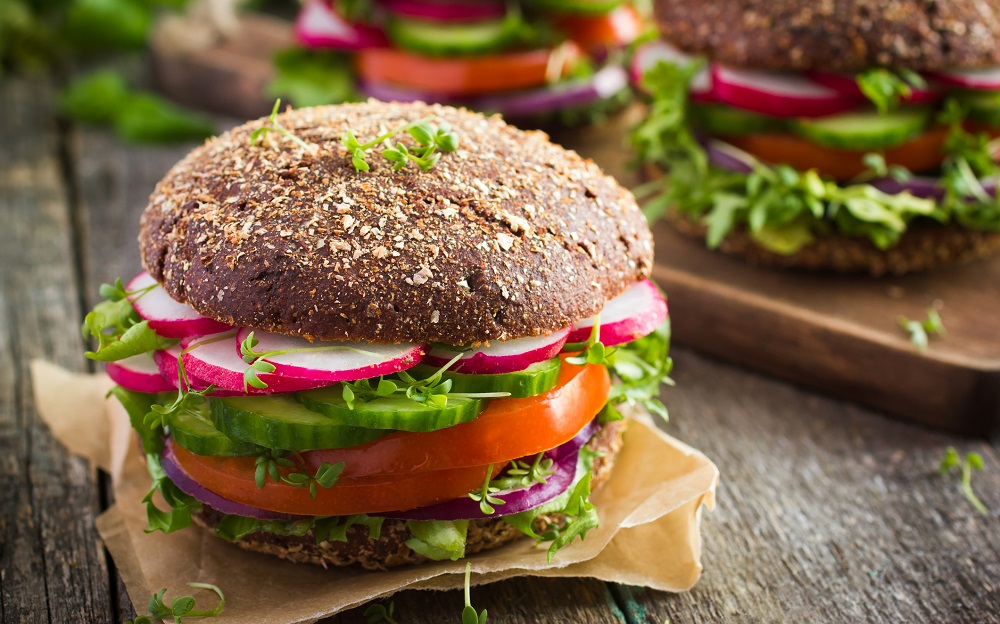 What do Sylvie Guillem, Natalie Portman, Serena Williams, Alec Baldwin and Joaquin Phoenix have in common? They are all very public about their vegan diet. While the term “vegan” might still make some people uncomfortable, or conjure up images of restrictive meals, there seems to be no stopping the momentum of this plant-based movement. Social media is full of images of delicious vegan meals, snacks and desserts, fueling the idea that vegan doesn’t have to mean restriction or deprivation.

According to Google Trends, veganism is one of the hottest search trends in 2017, and has been steadily growing since 2012. It’s not just celebrities and athletes in the United States that are helping boost this trend; Great Britain has seen a rise of 350 percent over the past 10 years with 3.25 percent of the population stating they never consume meat of any kind1,3. Australia, Israel and China are some of the fastest growing vegan markets globally4,5. People may decide to go partially or fully plant-based for a variety of reasons, including animal welfare, health or environmental benefits. Animal agriculture is one of the leading factors in climate change and is responsible for 18 percent of greenhouse gas emissions6. Many people who don’t want to go completely vegan may follow a vegetarian, flexitarian or “vegan before 6pm” type diet7. The Meatless Monday Movement has been embraced by chefs and is popular with schools and universities8. Vegan means not consuming any products derived from an animal, including meat, dairy, eggs, even honey. So what’s left to eat, some might wonder? Plenty.

Where do vegans get their protein?

I would not want to get in a fight with a gorilla, one of the strongest mammals on Earth who eats a primarily plant-based diet with an occasional termite or ant as a crunchy snack. Plants have plenty of protein, and it’s a myth that humans have to eat animal products to get enough protein. The American College of Sports Medicine recommends that only 12-15 percent of all our calories come from protein. This can easily be met by eating a variety of beans, peas, nuts, seeds, whole grains and organic soy. We now know that you don’t have to combine complementary proteins in each meal to get all the amino acids to build muscle as long as you are eating a variety of different foods each day containing amino acids. Even vegetables have some protein. The body prefers to get protein in moderate doses regularly spaced throughout the day, so a huge steak at the end of the day is way more than the body needs at that time. Plant-based proteins cause less inflammation than red meat, bacon, sausage and dairy, and they often have other key nutrients like iron, zinc, fibre and B-vitamins. The World Health Organization published a comprehensive report in the Lancet stating that red and processed meats are associated with a higher risk of cancer9. The Physicians Committee for Responsible Medicine has raised concerns that meat and dairy increase the risk of heart disease. So it is healthy and reasonable to diversify protein sources by including more plant-based options.

What about nutrient deficiencies?

In spite of considerable evidence to the contrary, there still seems to be a prevailing bias, even among dietitians, that a vegan diet is automatically deficient; however, we now know this to be inaccurate. “It is the position of the Academy of Nutrition and Dietetics that appropriately planned vegetarian, including vegan, diets are healthful, nutritionally adequate and may provide health benefits for the prevention and treatment of certain diseases. These diets are appropriate for all stages of the life cycle.”2. Even omnivorous dancers can be deficient in vitamin D, calcium, iron and zinc, so it makes sense for anyone, vegan or not, to focus on plant-based food sources of these vitamins and to take supplements as needed, particularly vitamin B12.

Making any dietary change takes time and a little research. Fortunately, it’s not difficult to make vegan versions of all your favorite foods, even French toast, cheese, burgers and hot dogs. There are many new vegan products that make it easy and delicious. Plus, beans and rice are far less expensive than steak.

Vegan diets should not be a smokescreen for disordered eating.

It’s important to be aware that a small percentage of people will declare themselves to be vegan to either intentionally or unintentionally hide disordered eating, and this could potentially lead down a road of excessive weight loss, nutrient deficiencies and injury. Giving up meat, eggs and dairy does remove a concentrated source of nutrients that need to be replaced with alternatives. Whatever type of diet someone follows, if calories from fat, protein and carbohydrates fall below the body’s needs, then this qualifies as restrictive eating and needs to be addressed with a knowledgeable professional. If someone is going to become vegan, then they need to make sure they are following an adequate diet. This might require a consult with a qualified dietitian. It’s not accurate, however, to assume all vegans have eating pathology and are nutrient-deficient.

Being a vegan who eats a well-rounded balance of foods regularly throughout the day, providing all the necessary nutrients, is great. But being a vegan who severely limits food choices or one who is unable to enjoy eating socially is something to discuss with a dietitian.

Emily Cook Harrison MS, RD, LD
Emily is a registered dietitian and holds both a bachelor’s and master’s degree in nutrition from Georgia State University. Her master’s thesis research was on elite level ballet dancers and nutrition and she has experience providing nutrition services for weight management, sports nutrition, disordered eating, disease prevention, and food allergies. Emily was a professional dancer for eleven years with the Atlanta Ballet and several other companies. She is a dance educator and the mother of two young children. She now runs the Centre for Dance Nutrition and Healthy Lifestyles. She can be reached at emily@dancernutrition.com
www.dancernutrition.com