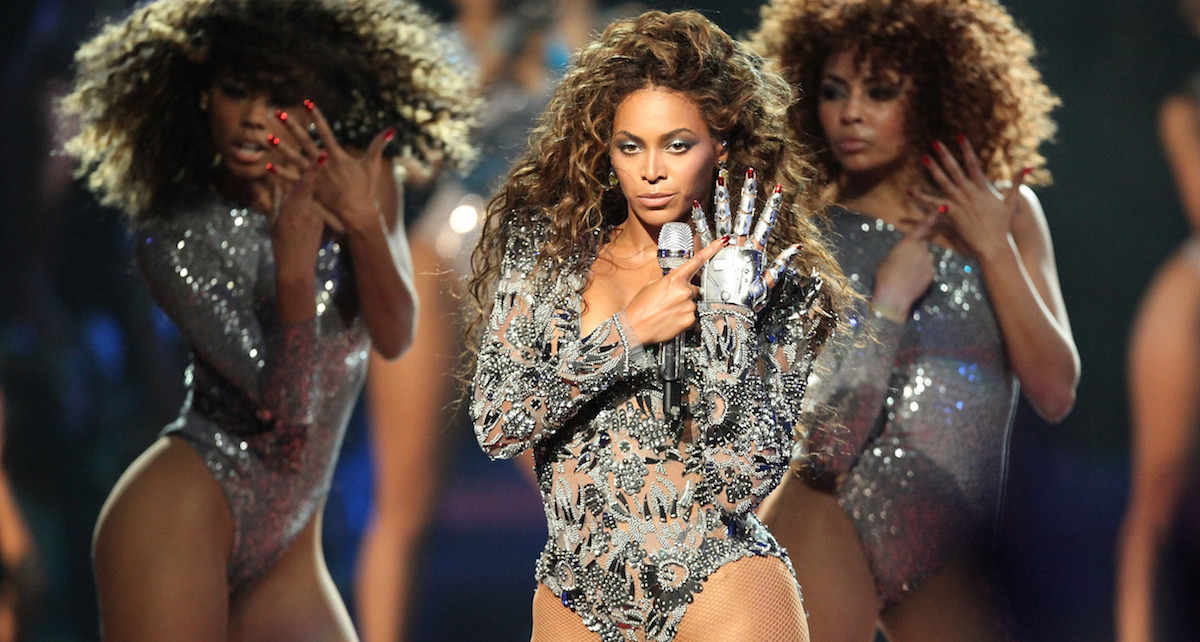 Mainstream fashion’s obsession with taking dance wear to the streets shows no signs of waning. High ballet buns, flats and even tutu-inspired skirts are everywhere. Activewear is now an acceptable (to most) casual outfit, and leotards, from the simple to the sparkling, are making a comeback (again). There are some celebrities who seem to love leo’s so much, they are rarely seen in anything else – in fact they’ve been rocking them for years, onstage and off.

Here are a few of our favourite celebrity leotard moments.

Ummm, which time? Tay-Tay has been spotted regularly in full ballet get-up, complete with flats and a wrap-around chiffon skirt. And let’s not forget her outfit from the 2014 VMAs…

Okay, when is Queen Bee NOT in a leo? From the simple black number in “Single Ladies” to any one of her sparkly, sequinned extravaganzas, she knows all about how to work a leotard.

The British singer burst onto our screens in a unitard, and it’s been a fabulous stream of onesies ever since. And why not.

The supermodel made the tabloids when she cruised the streets of NYC in her ballet outfit, supposedly straight out of class. Check it out here!

She’s known for outrageous, candy-coloured costumes, and for jazzing up the humble leotard to turn it into something really spectacular. It’s actually hard to find a photo of Katy where she’s performing in anything else!

It seems when Gaga’s not wearing meat, or a whole pile of Kermit the frogs, you’ll most likely find her in some ingenious combination of leotard and fishnets!

Madge has never shied away from a one-piece, so why stop now? From Blond Ambition to “Hung Up” and everything in between (and since), Madonna’s basically the original queen of the leo…