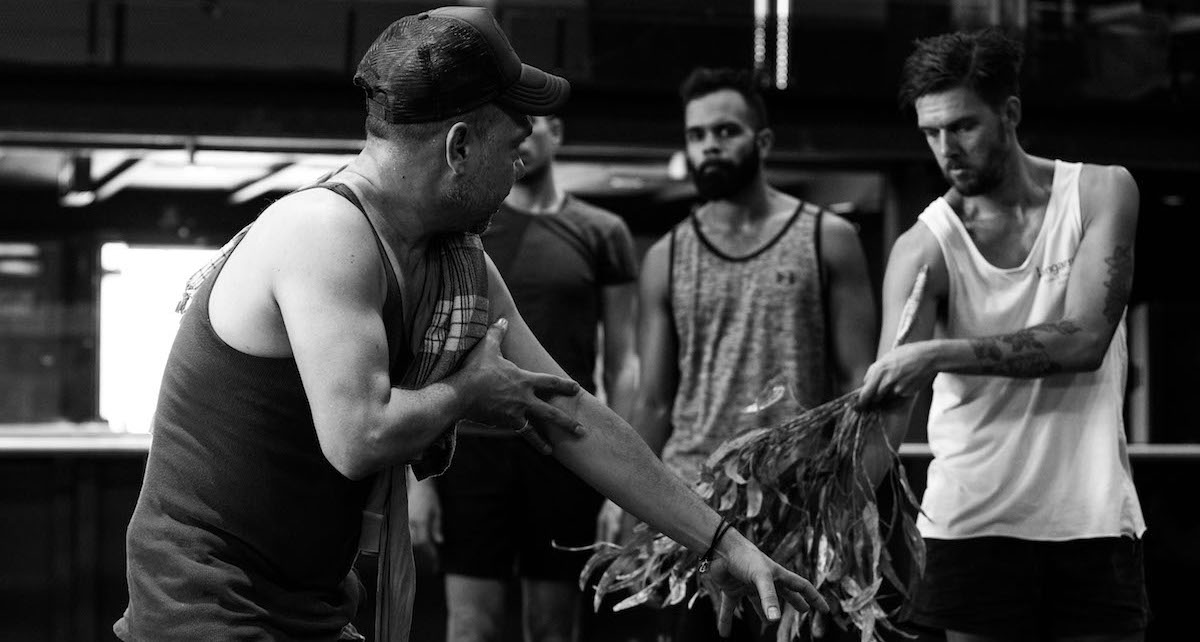 If we’re being honest, art is nigh impossible to extricate from politics, from notions of what kind of society we are and want to be, from the roles we wish to assign ourselves or the ones that have been thrust upon us. Even Disney plastic cheese and lobotomy TV represent a world view, despite their saccharine denial.

Although many of us will baulk at this, seeking refuge in the cosy confines of entertainment or the ivory towers of abstraction, some of us will never be able to sift out where the creative ends and the social conscience begins. Or how art and identity differ. Without presuming to be inside his head, it is probably fair to say that Stephen Page is one such person. 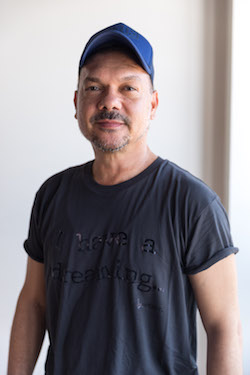 As the head of Australia’s only truly national indigenous arts organisation, Bangarra Dance Theatre’s talisman not only makes work that wows audiences and critics but has also been working tirelessly across his entire 29 years with the company to preserve a people’s heritage, re-examine a nation’s history and get to grips with his own identity.

Indeed, he admits that he has always been “obsessed with identity”. One of 12 children, he grew up in a household where his language was forbidden and his ancestral culture largely unexplored. “I was the pale skinned one,” he says. “I got my English grandfather’s skin, but I was the blackest inside because I was always curious.”

Now, in his 52nd year, Page finds himself lauded and applauded by black and white alike. His latest accolade, the Australia Council 2017 Award for Dance, is yet another gong. “I always feel quite humbled when I get recognised for what I do,” he reveals. “I’m just really fortunate that I have a job where it’s not just about having a job or art for art’s sake; it’s a job where we get to carry our cultural heritage stories from the past and bring them to the present and filter it through the wonderful form of dance theatre.”

After a lifetime of dance-making, Page is now preparing to revisit one of the most pivotal stories in the post-1788 pantheon — namely, the life of Woollarawarre Bennelong, the Eora man who shared a quarter century dialogue with the first European colonists. Kidnapped in November 1789 at the age of 25, Bennelong learned English, dressed in Western clothing, travelled to the UK and became an author and alcoholic before dying at 49. As Page declares, “He’s the guinea pig, the experiment; and it’s his legacy that is politically the one that’s challenged by all indigenous people today.”

Central to the Bennelong contention is, of course, the existential reality of living black in a white world and of how the conflicts and crossovers of these two realms are negotiated. “If you can’t respond within the Western infrastructure and system, you can’t really survive and do your work,” Page bluntly argues. “So really Bangarra has a foot in each world and is challenged in each world. I suppose we intend to be the consciousness for the mainstream non-indigenous community, but, at the same time, we have a responsibility for what we’ve inherited.”

For both the company and the man, the dual role of dance maker/flag bearer is riven with difficult choices. Recalling the now famous and visionary “Redfern Speech” in December 1992 by former PM Paul Keating, where Bangarra performed in support, Page pauses to reflect. “I often wonder what has changed about us and how we respond to the Western system and how we’ve evolved. You know, what is the stereotype? What is the resistance? We used to say you’re either a Bennelong or a Pemulwuy. You either resist the system and you’re a black activist, or you play within it and try to feed the white world a sense of who you are, almost like behaving to the system. So, I don’t know, am I a Bennelong?”

It is perhaps no small irony that the initial trigger for the work Bennelong came to Page at the Sydney Opera House. On this site, now called Bennelong Point, the man himself famously asked the colonial governor Arthur Phillip to build him a hut. “So now I get to create a work about him, to celebrate that spirit that still floats around in our social conscience, and through dance theatre we get to explore that conversation he started back in 1789,” Page says.

For all of Bangarra’s notable success and Page’s reputation as one of this country’s foremost contemporary choreographers, however, the niceties of dance theatre and the lustre of awards remains a vexed reality. As he wryly observes, “Yes, I’m thankful, but at the end of the day I think, ‘Oh my God, we can’t even constitute our First Nations people.’ In a way, I’m a little bit embarrassed by taking an award. What right do I have? You know, our people before us, it’s their knowledge and spirit that’s still brewing under all this conflict and guilt.”

In this way, Bennelong will never simply be a dance spectacle, and Bangarra will never be just a company. “It’s not so much about what the product is on stage, about getting four or five stars and getting some Western critic on it; it’s the fact that you’ve attempted to reclaim a story and be empowered to tell it from your perspective,” Page states. “And look, that’s the 21st century; opinions are like arseholes, everyone’s got one.”

For more information on Bangarra Dance Theatre’s Bennelong, which premieres at the Sydney Opera House this June, and to book tickets, visit www.bangarra.com.au/whatson/productions/bennelong-2017.