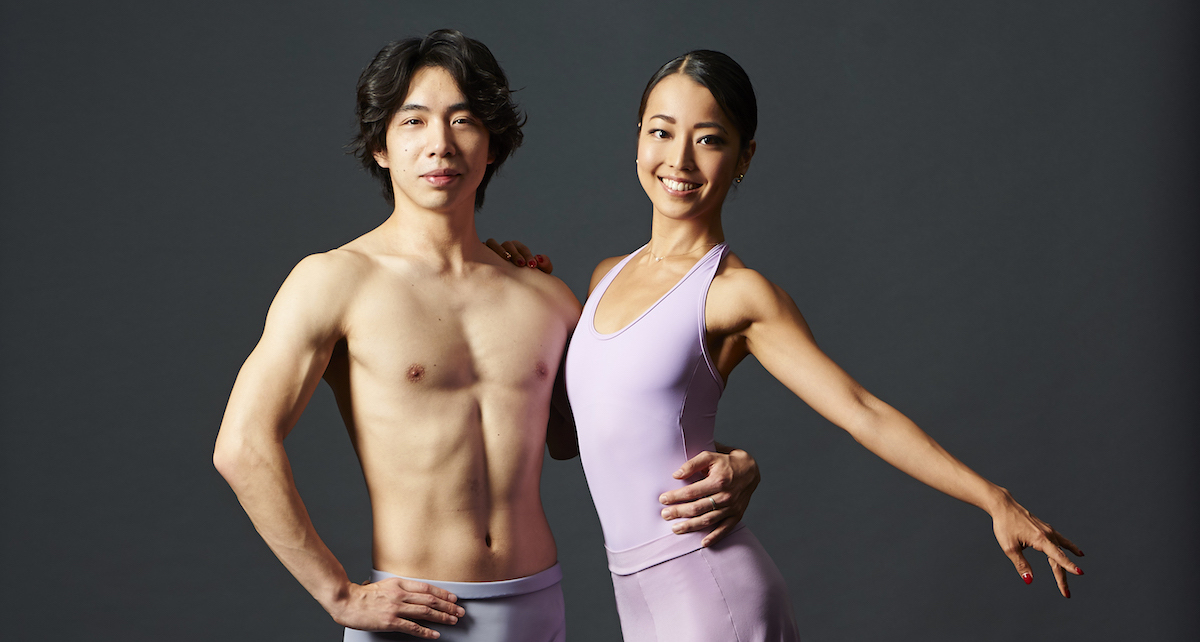 Two of Australia’s favourite artists were promoted to principal dancers recently: Chihiro Nomura and Gakuro Matsui of the West Australian Ballet (WAB). The announcement was made during the curtain calls of the company’s final performance in 2016.

Although both dancers are honoured to have been promoted, they say that life hasn’t changed a lot, and they are continuing to grow and develop, just as they were last year.

“My life hasn’t changed too much, and I don’t think it will,” Nomura tells Dance Informa. “I just want to keep growing. But of course, I now feel more pressure because I have to be good as a principal dancer.”

Matsui agrees. “It’s such a great honour to get promoted, but for me nothing has changed really. I go to work every day and try to improve myself as a ballet dancer.”

Nomura joined WAB in October 2015, her partner Matsui three months later. Both dancers, originally from Japan, have trained and worked across Europe, including contracts with Norwegian National Ballet and awards at international competitions such as Youth America Grand Prix (YAGP) and Prix de Lausanne.

For Nomura, a “turning point” in her career path was participating in YAGP. Not a fan of ballet competitions, she believed she wasn’t a good competitor, so to take third prize in such prestigious awards came as a huge surprise, with many opportunities and a confidence boost. She travelled to New York for the finals, attended a summer course with American Ballet Theatre, and won a scholarship to the Munich Ballet Academy.

“Until that time I didn’t think about working outside of Japan,” she explains. “I thought I would dance in Japan forever. So without that competition, I wouldn’t be here right now.”

She’s come a long way since then but says there is not a huge difference between being a member of the corps de ballet and a principal.

“We work at the same time and dance a different part, but the basics are the same,” she says. “Of course there is more responsibility if you dance the lead role, but sometimes the corps works harder than principals.”

Matsui adds, however, “Most of the principals have lots of pressure behind the scenes; it’s not just looking amazing on stage. Maybe getting promoted to principal looks like I have reached the top, but I feel I have not reached my own top yet, so I just keep going forward. I continue to work on whatever I can to improve and do great performances for the audience.”

This year’s audiences will be treated to an exciting range from West Australian Ballet, and both dancers are particularly looking forward to the fun, colourful classic Don Quixote. Matsui will also be choreographing on the company dancers for the Genesis season.

Although being a principal may seem like an almost-unattainable dream for some, Nomura reminds young dancers to keep believing and to keep working hard.

“I don’t have long, beautiful legs or amazing feet or great technique,” she says, “but I have made it to become a principal dancer. I can only say that I was really, really lucky. I really have to say thanks to my boss, Aurelien [Scannella], for this. If I can become a principal dancer, then everyone has a chance to be. With hard work, it doesn’t matter what you have.”

Favourite pre-show snack: “Depends what I dance… but I always have some muesli bars.”
Current favourite on Netflix: “I watch Japanese TV all the time. Watching Japanese TV makes me feel like I have a normal life.”
Last book you read? “I’m actually reading the book about Miyako Yoshida, who is a former principal dancer with The Royal Ballet.”
Ultimate day-off activity? “I would love to have a car and go to the beach or do something special on my days off, but we don’t have one yet, so usually we go shopping or go to the gym. Sometimes we actually go to the ballet centre to move my body a little bit. Sounds boring, but I like it!”

Last movie you saw? “The Royal Ballet in Cinema. ”
Favourite quote: “Life isn’t about getting and having, it’s about giving and being.”– Kevin Kruse
What music do you love at the moment? “Rachmaninoff piano music. I am choreographing a piece to this amazing score for our next Genesis season.”
Ultimate day-off activity: “Sleep and clean the flat.”
Favourite breakfast: “Fruits and toast.”