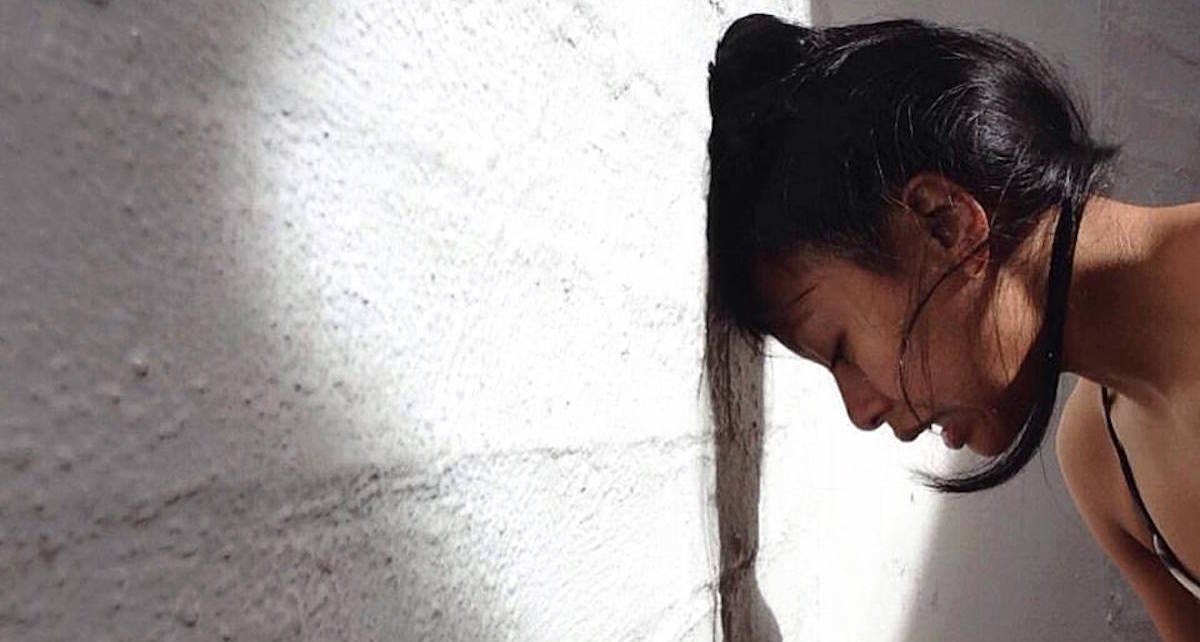 Since 2007, Shopfront’s ArtsLab program has provided an artist-in-residence program for upcoming and emerging artists at the beginning of their career. The program offers six months of space to develop a new work, complete with mentorship, creative and professional development, and a place in a Shopfront production. I was awarded a place in the 2016 ArtsLab program, along with Pippa Ellams and Hannah Goodwin, Kirby Medway, Imogen Yeomans and Clare Powell.

I asked my fellow “ArtsLabber” Clare Powell about her experience so far in the lead-up to the season ArtsLab: Treats this month.

I have had a love-hate relationship with working by myself in the studio. I came into the process guns blazing, ready to create my solo work but quickly discovered how hard and isolating it is to be in the studio alone. The inner self-critic talk became amplified in my head until I was unable to do anything. What have you liked or disliked about working on ECDYSIS SS 16/17 as a solo artist?

“For me, the ability to craft my own avenues guided by catharsis and impulse is incredibly rewarding. It allows time and space to access instinctive creative flows and recognise points of comfortability and tension. On the other hand, a solo project requires acute discipline and a kind of cyclic and not-always-productive self-loathing, which is part of critiquing and challenging myself. While it can be fun to be the ultimate director of the work I create, there is a certain element of isolation and loneliness that comes with sitting in a room with your own body and thoughts.”

I agree. It is partly amazing to be in complete control of what you are creating and making, but it does take so much self-discipline and motivation, and even a lot more at times to combat the ‘self-loathing’. This has really forced me to create and question my own process in devising work. How has ArtsLab benefited you?

“Coming from a performance art background, I usually situated my work in a gallery context with an audience of informed yet casual bystanders. Throughout the development of ECDYSIS S/S 16, ShopFront Theatre became a space for not only freedom and experimentation but also of confusion and fear. I had to confront my biases toward non-linear performance and imagine my work with a definite narrative structure conducive to all the seating, lighting and considerations. I am now describing ECDYSIS as a participatory performance work, which fuses together forms of both gallery and theatre arenas.”

Part of the ArtsLab program is mentorship. My mentor, Sara Black, was really pivotal in the beginning part of my development, and I have also been working closely with dramaturg Jennifer Medway. How has your mentor informed your work?

“This development [regarding the non-linear performance and new description of ECDYSIS] was encouraged by my mentor, Francis Barrett, who illuminated the significance of constructing clear expectations and codes for audience members. Throughout many trials and errors, I have learnt to more holistically envision the final work as a way of discovering what’s necessary and important to its process. This is something that may seem obvious but can be compromised by conceptual and ideological focuses and more general indecision.

For me, this process has been full of highs and lows, and like most creative processes, my idea has changed several times since I began. What I have decided to present in the season has had many incarnations, but I am excited with what my work, Company, is. I want to remind any dancer working on a solo about how hard it is to be alone in the studio with yourself as your own worst critic. When I invited people to our mid-point showing, I was surprised about the multiple offers of help I received, the sense of community around me, and support from artists who had also made solo works and understood how hard (and scary!) the process can be. The biggest lesson I have learned is that even though you may be creating solo, you are actually never alone!”

So after about six months of our time as artists-in-residence we are about to bump in our sets and begin production week for ArtsLab: Treats. Why should people come see our season?

“ShopFront’s ArtsLab: Treats seasons is a rare and exciting display of emerging practice. There have been far less opportunities for emerging Australian creatives over the last few years, so it is critical that the community support new work, particularly in spaces outside of the urban centre. The showcase is wonderfully diverse, yet all somehow fixed to an unplanned theme of identity and nostalgia. In many ways, the ArtsLab program has involved a challenging, all-encompassing six months, and the showing will be a celebration of each artist’s growth within their respective field. Come to help us celebrate!”

Tickets to ArtsLab: Treats can be found here.

You can donate to the project’s Pozible campaign here.