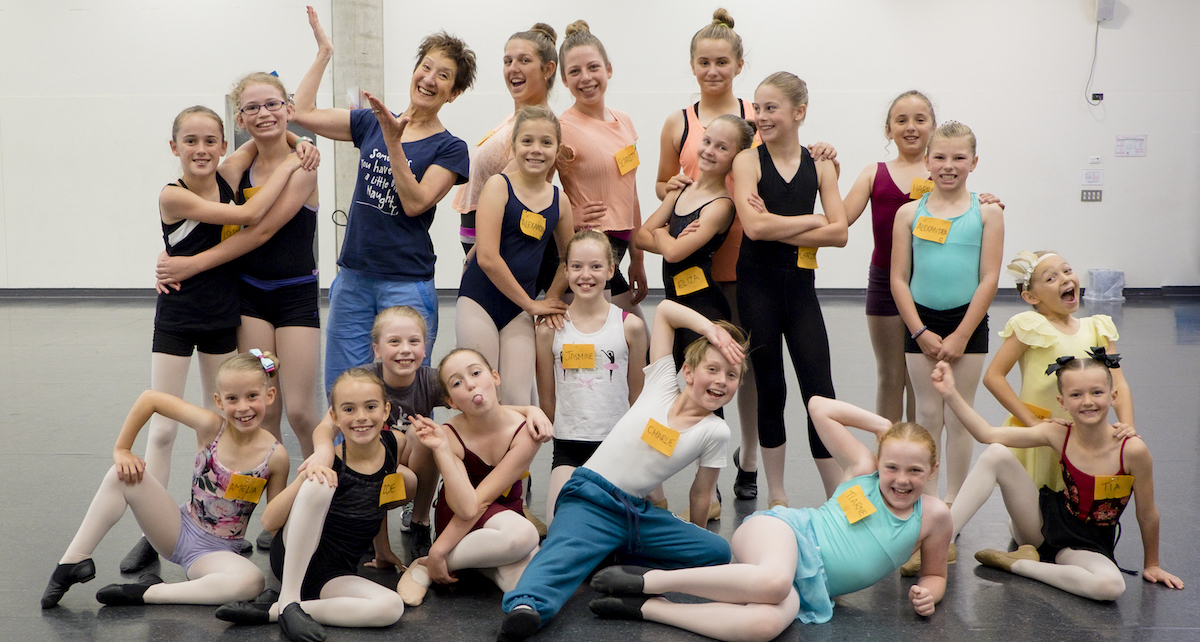 This summer, the Royal Academy of Dance (RAD) once again held its renowned summer programme at AC Arts, Adelaide. Dancers came from far and wide to enjoy Dance 17, a jam-packed week of dance classes in ballet, contemporary, musical theatre, tap and hip hop from some of Australia’s leading dancers and teachers.

Dance Informa was there, as Ty King-Wall and Amber Scott, principal dancers with The Australian Ballet, led the charge with ballet classes for all levels. It was evident that both teachers and students were relishing in the opportunity to dance together.

“The kids have really pushed us!” King-Wall tells Dance Informa. “It’s been a new experience for me. I haven’t done a lot of teaching, but it’s really good to revisit my time as a student. We’ve been dancing at that highest level so long that it’s hard to remember what it was like back at the beginning and when you first learnt certain steps. It actually really tests you. I think teaching does make you a better dancer. It’s been a good challenge, and I’ve enjoyed it.”

Scott explains how she’s enjoyed seeing the students grow in confidence over the five days of classes. “My highlight has been seeing some of the students, who on the first day were quite shy and self-conscious, just really open up. All of them now seem to be learning exercises quicker, and they’re a lot more open in general to corrections and having a go at steps they might not have done before.”

Building confidence is just one reason why a summer dance workshop is so valuable for young students. Dynamic duo, brothers Jesse and Joel Rasmussen, who taught tap and hip hop at Dance 17, are quick to share the benefits of attending a summer dance school.

Jesse explains that workshops are a chance to “soak up everything you can and take everything that’s thrown at you.” He says that it’s valuable to “learn from as many people as possible and soak everything up like a sponge. You can never really have too many feathers in your hat! Don’t pigeonhole yourself into one style; try and learn from as many different people as you can, because when you become a professional dancer, you’re going to need those skills.”

King-Wall feels that a summer intensive is also about inspiration. “It’s great that the RAD hires professionals like we’ve had on the faculty, because it keeps that connection,” he says. “It’s easy to lose touch with what the end game is – the main goal we’re all aiming toward. As nice as it is for us to come back and remember what it was like being students, for the students it’s nice to see what they’re aiming toward. There’s kind of that reciprocal benefit for everyone.”

David Williams, who taught the contemporary classes, feels the same way. “I think, personally, getting back in to the swing of teaching, touring and choreographing with the young dance community has been amazing,” he says. “I think they’ve given me more than I’ve given them. It has allowed my soul to sing.”

Scott shares how, as a young student, she enjoyed making friends at summer dance events.

“I think during the year there’s a lot of focus on school and your family, and you’ve got other hobbies as well, so summer school is just that kind of magical time when you are solely focusing on ballet, and it’s a great way to make a little community of dance friends,” she points out.

Williams agrees that it’s all about building community.

“There’s a lot of talk about being a dance community, and if you don’t have events like this, you’re not a community; we’re just separate,” he says. “This is a platform for kids across the state to come together. It’s the beginning of their networking stage, and you start to form relationships and bonds. For example, even though it’s an RAD summer school, half of the kids here don’t do RAD, so it really is just the dance community coming together.”

And from all accounts, the community worked extremely hard at Dance 17.

“The kids have been really enthusiastic,” shares King-Wall. “They’re very disciplined, as well as very focused.”

Hip hop teacher Joel Rasmussen had the challenge of taking “bunheads” and helping them develop some “swagger”. “As ballerinas, they’re so perfect; everything is so placed and so upright and turned out,” he explains. “So I’m basically telling them to forget everything they’ve ever learned and get into the earth, bend their legs and relax.”

But he was proud of their maturity and commitment to trying a new style. “I’ve enjoyed seeing the look in their eyes and how excited they get!” he says. “For me, I want the dancers to learn not to be too hard on themselves. Because they are ballerinas, they can tend to get a little frustrated and upset with themselves, but like I told them in every class, they’re not used to my style, and that’s okay. Keep trying and keep getting in there and having a go, because at the end of the day, that’s what it’s all about.”

And the kids sure did give everything a go. From musical theatre numbers in Renie Ann Martini’s classes, to New York style tap rhythms with Jesse Rasmussen and then classical variations from Scott and King-Wall, the students showed off their hard work in a delightful end-of-week showcase for their proud parents.

Dance 17 certainly was a treat for all involved and a magical way to start the new dance year.