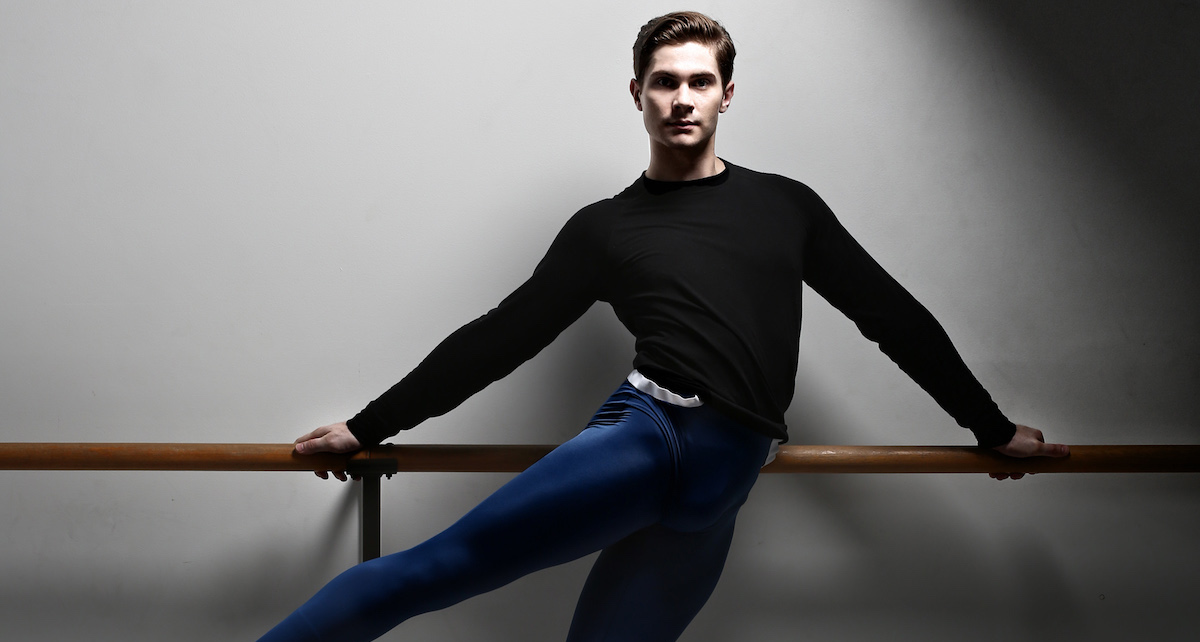 Queensland Ballet Artistic Director Li Cunxin says he was always impressed by Idaszak’s dedication and artistry, noting, “Not only does Alexander look like a prince, he dances like a prince.”

Here, Dance Informa catches up with the recently promoted Idaszak and finds out what’s next in store for him.

Congratulations on your promotion! How did it feel to hear the news?

“Thank you so much. I was quite overwhelmed and surprised, but what made it truly special was that my mum, dad and younger brother Daniel were in the audience watching the performance without me knowing. It really is a day that I’ll never forget, one that I’ll cherish forever.”

What are you most looking forward to in 2017?

“I’m pretty excited for the whole year ahead, but if I could put it down to one season it would have to be Swan Lake. It’s one of my favourite ballets of all time.”

Where in the world are you now, and how are you enjoying your trip? Can you tell us a little about what you’re doing?

“I’m currently in Amsterdam in the Netherlands. I was awarded the Khitercs Hirai International Scholarship for an overseas study tour, which has enabled me to take classes with companies such as The Royal Ballet, English National Ballet, Staatsoper Berlin, Birmingham Royal Ballet, Scottish Ballet and Dutch National Ballet. It’s been a real eye-opening experience learning from incredible dancers in various companies. I’ve also been able to watch a few company rehearsals, too, which has given me further insight into how other companies work.”

“Des Grieux in Manon, Prince Siegfried in Swan Lake and Christopher Wheeldon’s After the Rain. The list could go on and on, but I’ll leave it at those three!”

“A great moment in my career so far would have to be performing Prince Albrecht in my very first year with Queensland Ballet, fresh out of school. It was very special, as this was my very first principal role as a professional dancer.”

What advice would you give to yourself as a young dance student?

“Always give 100 percent and dance with confidence. Remember that everything has the potential to get better with practice, patience and determination.”

What do you like to do when not dancing?

“Sometimes, I like to game on my PlayStation or the old school Nintendo 64. I also love a good movie or TV series. I enjoy planting succulents; they’re everywhere in my apartment. I like to unwind by going for a cycle on my bike. I’m also quite the chef on the BBQ, always keen for a big cook-up with family and friends!”