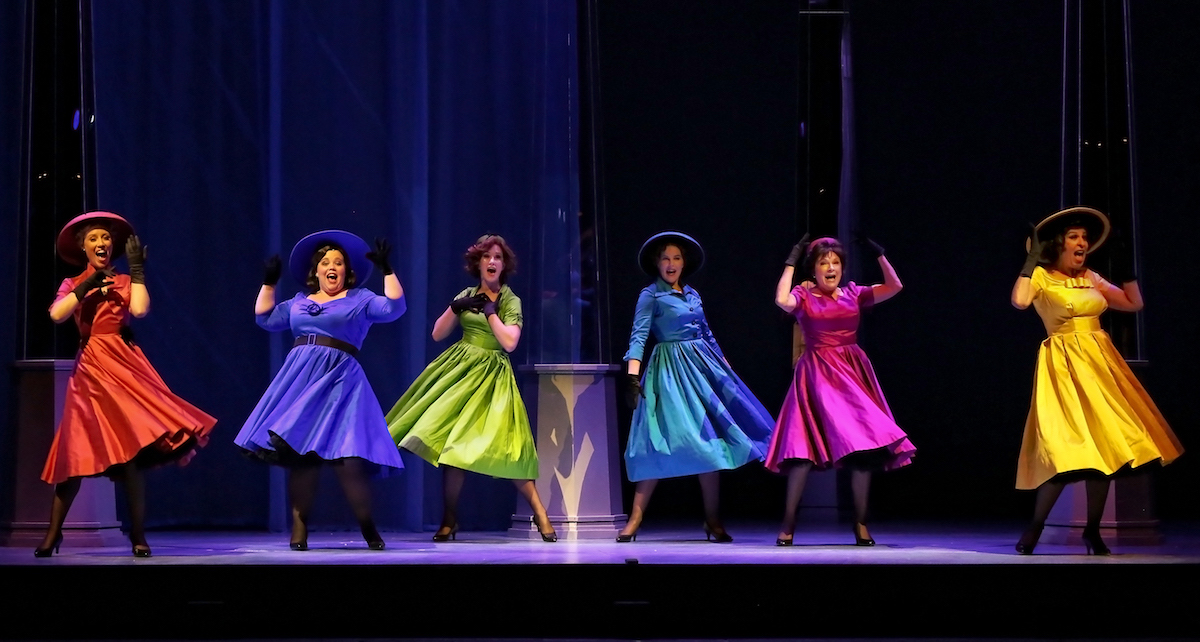 After completing successful seasons in Brisbane and Melbourne and with a prestigious Helpmann Award for Best New Australian Work to its name, Queensland Theatre’s Ladies in Black was welcomed at the Sydney premiere by an enthusiastic Sydney Festival audience. 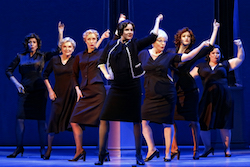 This new musical was written by Carolyn Burns, directed by Simon Phillips, with music and lyrics by Tim Finn (better known from bands Crowded House and Split Enz), all of whom have together created a rich stage adaptation of Burns’ novel, The Women in Black.

So who are the Ladies in Black? Set in Sydney’s post-war era, we are introduced to the city’s leading department store, Goodes, where teenage school leaver Lisa (Sarah Morrison) excitedly starts her first Christmas holiday job in ladies dresses, working with a group of ladies all in a uniform of black, just like a modern day David Jones. As Lisa awaits her final results and with a strong hope and desire to go to university, a bright new world unfolds in the dress department at Goodes. We get to know the stories of the ladies she works with, who are in different seasons of life, all with their own challenges. Fay (Ellen Simpson) is a woman in her 20s-30s, with a questionable past, who, with the well-meaning help of her friend Myra (Kathyrn McIntyre), is looking for Mr. Right while fearing she may be beyond her prime. Patty (Madeline Jones) is struggling with infertility, which puts a strain on her relationship with her husband Frank (Tamlyn Henderson). Then there is Magda (Natalie Gamsu), a sophisticated Hungarian refugee who manages the high-end gowns department, who sees Lisa’s potential and takes her under her wing. She invites Lisa to her home, and with her husband Stefan (Greg Stone) and exuberant friend Rudi (Bobby Fox) they open Lisa’s eyes to the European way of life. With an array of other delightful characters, such as Miss Cartwright (Kate Cole), who is Lisa’s boss; Miss Jacobs (Trisha Noble), an elderly lady who spent her life working at Goodes after losing her husband in the war; Lisa’s over-protective father (Greg Stone), who would prefer Lisa to do a secretarial typing course than attend university; and her well-meaning mother and housewife (Carita Farrer Spencer), cast members successfully portray multiple characters seamlessly to move this story forward. 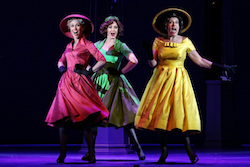 Gamsu, Stone and Fox are highly entertaining as the European “Continentals” with their strong accents and bravado, and Morrison’s portrayal of Lisa is endearing, with the right balance of wide-eyed exuberance and a sweet confident charm that makes you want her to succeed and fulfil her dream of going to university.

To help tell the story of these characters, Finn created over 20 original songs, including some with irreverent Aussie humour in the lyrics. The musical styles range from the jazzy composition, “Ladies in Black”, to beautiful ballads, classic show tunes and upbeat catchy jingles, including the opening number, “I Got It at Goodes”. Andrew Hallsworth’s sharp choreography complemented the songs and sought to bring out the best of the cast.

With a minimalistic set design by Gabriela Tylesova, consisting of rows of pillars, it relied on the characters to light up the space on stage, which they did, along with the costumes, specifically the beautiful, high-end gowns on display. 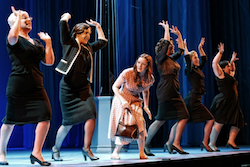 If you are looking for a rich, heart-warming musical that will leave you smiling, check out this new original Australian musical, Ladies in Black.

The Queensland Theatre production of Ladies in Black is now showing in Sydney at the Sydney Lyric Theatre, The Star until 22 January. For booking, visit www.sydneyfestival.org.au/2017/ladiesinblack.