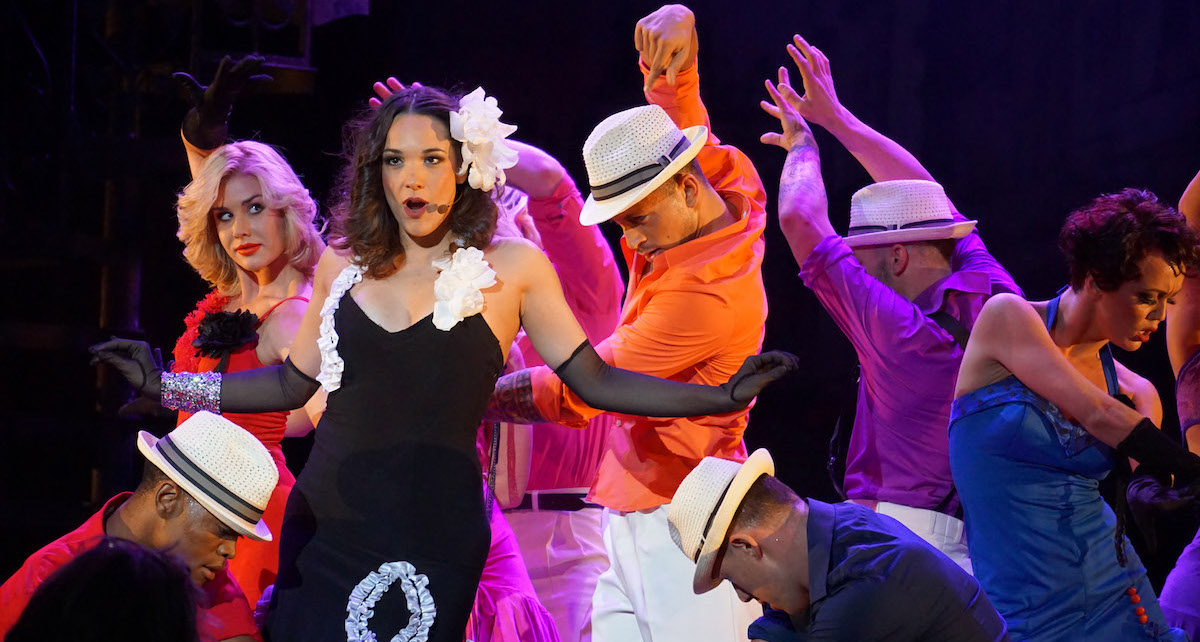 Jason Gilkison thinks of Burn The Floor like this: “It’s like finding a beautiful piece of your grandparent’s jewellery, taking out the stone and wearing it in a different way.”

These days, the Perth-born ballroom impresario lives in London, where he works as the director of choreography for Europe’s biggest live TV show, the BBC’s Strictly Come Dancing. Before television, however, there was dance training at a small suburban studio, a multiple championship winning partnership with Peta Roby and the revolution he and Roby helped to create. Indeed, for the man who was Young Australian of the Year way back in 1980, the global revival of the century-old ballroom style he has spearheaded with Burn The Floor (BTF) is a crowning achievement.

With BTF now ready to celebrate 20 years of its sizzling, sexy and youthful re-imaginings of tango, foxtrot and the Latin social dance canon, Gilkison is in a position to ponder the remarkable journey that he and Roby and the entire ballroom genre have been on. “I wish my grandfather was still alive to see it because he was adamant it was going to die out,” he recalls.

The stellar success of BTF has fortunately proved grandpa Sam Gilkison wrong. Having performed in over 130 countries and branched out into cruise line shows, an idea that started with a conversation at a birthday party for Elton John in the mid-’90s has now reinvigorated ballroom, bringing it to a new generation of both fans and dancers. As Sam’s grandson says, “I went to a salsa club in London the other night, and there was no one over 30. You know, 25 years ago this just was unheard of, but now people are rediscovering what it’s like to go out dancing with somebody.”

But of course, back in the ’90s this would have been a pipe dream. “It’s really funny,” Gilkison explains, “because where my office is in London is not very far from the place where we did the first rehearsals for Burn The Floor. I pass it every day on my way to the BBC and I always think, ‘Oh my God, it was only yesterday that there were 44 of us walking into this army barracks in Hammersmith’, and we didn’t know what was going to come of it.”

The idea, then as now, is deceptively simple. Take the classic forms, dress the dancers young and hot, play the music loud, and bring a bit of rock and roll energy to the floor. “In the beginning, we were pioneering an idea; and that was very much taking the genre of ballroom or Latin American dance and giving it a good kick left,” Gilkison reveals.

Nowadays, in the midst of a TV-generated dance boom, this seems obvious; but Gilkison remembers a quite different world. “Twenty years ago, the only thing we’d seen of ballroom dancing was a little bit in Strictly Ballroom. There was no Dancing With The Stars, no Strictly Come Dancing, no So You Think You Can Dance. Ballroom dancing was considered to be something you did on a Saturday afternoon in a church hall, or maybe a clumsy fumble at a wedding.”

In the early days, BTF met with resistance, not only from the cynics in the media but also from within the ballroom scene. “They saw it a certain way, and they weren’t too pleased when they saw us cha cha in Doc Martens,” Gilkison remembers. “Some wanted to keep their precious ballroom in the same state that it had always been in, but we were saying that unless we change this, unless we show that this can be accessible for a new generation, then this will probably die.”

Together with Roby, with whom he has been dancing and creating for 43 years, Gilkison has scaled every conceivable height, from a 17-year reign as undefeated national ballroom champion to sell-out Broadway runs, West End smashes and plum TV gigs. It makes you wonder what’s left for the boy from suburban Perth. Aside from wanting to kickstart BTF energetically into its third decade, he drops a big screen hint. “I’m talking with the BBC about several different dance-based movie projects,” he whispers.

When BTF takes to the boards at the Arts Centre in Melbourne in January for its 20th anniversary showcase, however, the only cameras will be phones in the auditorium, as punters take in yet another high octane, rock ballroom extravaganza, complete with live singers, Led Zep tracks and plenty of sexy outfits. Grandma’s brooch will be looking very spunky indeed.

Burn the Floor will be presented at Arts Centre Melbourne, 6 – 15 January 2017. For tickets, visit www.artscentremelbourne.com.au/whats-on/2017/dance/burn-the-floor.