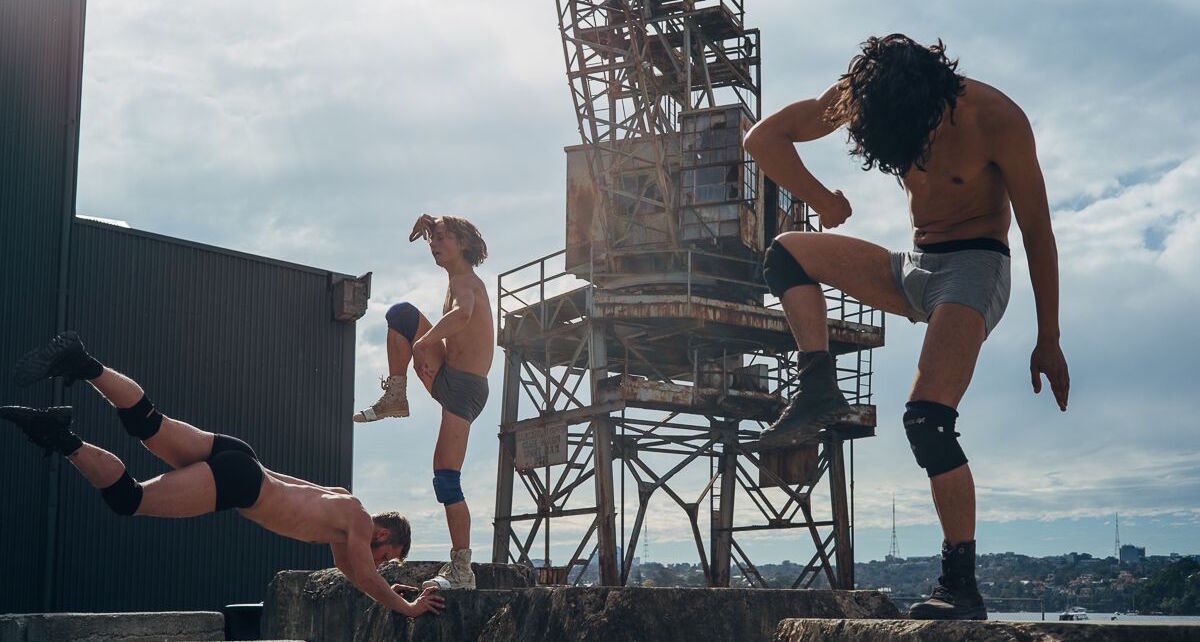 Since its inception in 2007, Underbelly Arts has presented a biennial Lab and Festival in Sydney, showcasing artists from all disciplines, including dance, visual art, performance, theatre, live art, music, sound, digital practice and ideas. The Lab is run over the two weeks prior to the two-day weekend Festival and is the platform for the artists to create their work on-site. The site is usually set in an industrial-type warehouse with the intent of having works created and performed at a non-traditional arts venue. The 2015 Underbelly Arts Lab and Festival was held at Cockatoo Island and boasted a huge audience of 14,000-plus over the two-day event. The site for the 2017 Lab and Festival has yet to be decided, but there is the possibility of heading back to Cockatoo Island.

When asked how Underbelly Arts came about, Helper says, “Underbelly started in response to this need, especially in Sydney, for artists who are working with a lack of space and a lack of visibility, in their bedrooms, in each other’s living rooms, making brilliant work without a having proper space to develop and present it. In the beginning, it was really a coming together of artists who felt that need, and it’s grown massively over the last 10 years. So I am very excited to be jumping on board at this point and looking to steer it in new directions and grow it even more.”

The weekend Festival is an “experimental arts version of a music festival”, Helper says. There’s a program of performances with at least five going on at one time, and everything is scheduled over the two days. This gives the audience an opportunity to see everything at some point. “There are durational works that happen throughout the entire festival, there are installations, there are one-on-one works, there are paintings and more,” Helper explains.

Helper was involved as an artist in the Underbelly Arts Lab and Festival in 2013 and 2015. Last year, she presented a solo piece called the Human Google Project, in which she attempted to take on the role of Google. Audience members passing by could stop and ask her any question they might ask Google, and she would do her best to answer them.

When asked about her experience taking on that role, Helper laughs and says, “It was the most gruelling thing I’ve ever done! It was amazing, and for me as a young experimental artist, I found the Lab an incredibly rich and fertile ground to develop and produce ambitious ideas. Now I’m really excited to be able to find and nurture other artists who are in a similar position to what I was in, and I feel like I have a very good understanding of what makes a good Lab and Festival for artists and audiences.”

Helper has a very clear vision of taking the organisation and the Festival to greater heights. “I have a lot of ideas, and really it’s an open book for me,” she says. “We’re at very special point. We’re 10 years in, we’ve become quite established as the biggest experimental arts festival in NSW, and there are lots of directions we can go. I’m looking to expand the experience of the Lab for artists and for audiences. So I want to extend it to three weeks and then have a very rich public program, inviting local organisations in over the course of the Lab to present talks and lectures and workshops that kind of contextualise the ideas the artists are working with, in the lead up to the Festival. And that gives audiences an opportunity to come to the Lab for reasons as well as seeing the works in progress and as well as asking artists what they are doing and how they are doing it.”

Helper is aiming to broaden the appeal of the Lab and Festival even further, making the ideas of the artists more accessible and enriching the experience for the artists and the audience.

She explains, ‘There are really special relationships between the artists and audience at this festival that you don’t get at other festivals because of the proximity of the audience to the artists.” The added benefit is that the artists are getting real-time feedback and can use that to improve and evolve the work as they make it.

Underbelly Arts gathers its funding from a number of sources, including government grants at all levels, private giving and sponsorships. Helper states, “In 2017, Underbelly Arts is very aware of the current state of funding in Australia and are working to diversify our income streams.”

Underbelly Arts has created new strategies in the form of sponsorships and partnerships. It has created a residency program and is currently working with Broken Hill City Council, Bundanon Trust and Orana Arts in Dubbo, as well as facilitating co-commissions for large-scale works.

One of Helper’s missions is to broaden the reach of artists involved in the Lab and Festival so that the event reaches high international standards. In order to do this, Underbelly is set to bring in more indigenous artists, artists with disabilities, LGBTIQ artists, as well as international artists through an international exchange program.

Considering her passion for supporting artists and bringing art to as many people as possible, we asked Helper what her thoughts were on the current state of support for the arts from the Australian government and about what art means to her.

“It’s a sad fact that in order for art to be valued, we have to make an economic argument for it, which can be made,” she says. “But at the end of the day, the importance of art is not only its ability to reflect our experiences on the surface of everyday life but also to plunge beneath the surface of that water and really allow us to think about who we are and what we think and how we feel in today’s society. I think that’s what a lot of contemporary art speaks to and what a lot of contemporary art audiences get from it, and Underbelly Arts is very much committed to nurturing those experiences.”

Underbelly is also looking for collaborations and for works that are pushing boundaries of your discipline in some way, as well as works that are ambitious. If you would like to apply as an artist, applications are open now and can be found at www.underbellyarts.com.au. You can also find Underbelly on Facebook or follow the Festival on Instagram.

Underbelly Arts is certainly an organisation that has proven it is vitally important to the future of the arts in Australia, and with a director with as much passion and drive as Helper at the helm, the future looks bright.