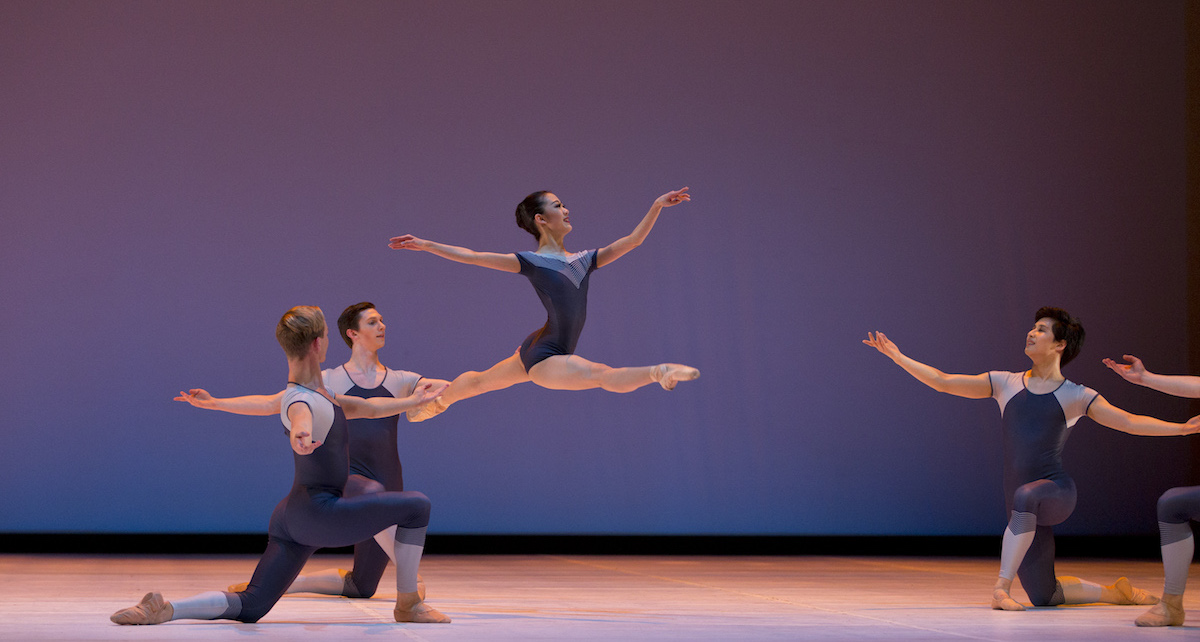 After a gap of a decade, the Australian Ballet School brought its end-of-year showcase to Sydney. We were privileged to see some glorious dancing; there is certainly a lot of blossoming talent in the school.

The opening work was A Time to Dance choreographed by Australian Ballet alumnus Stanton Welch (who is now director of the Houston Ballet). It was abstract, an excuse to display the tremendous dancing of the Level 8 dancers to music by Antonín Dvořák. The female dancers wore long skirts and embroidered stomachers and the men had an embroidered belt, all in a folk/character dance feel in mainly autumnal colours. The young men showed off their fabulous jumps, leaps and turns, the young ladies their intricate pointe work and dazzling pirouettes. The partnering was quite demanding. At times, the choreography was reminiscent of Frederick Ashton and George Balanchine. There was lots of fast fleet footwork, exuberant runs and some difficult high lifts and sudden drop catches. One of the dancers had a Tzigane-like fiery solo.

Stanton Welch’s ‘A TIme to Dance’. Photo by Sergey Konstantinov.

The second work was Graeme Murphy’s Almost for six of the Level 7 dancers. It was the only work that featured live music (John Tallis’ The Fantasy for Violin and Piano). Almost contained classic Murphy genius choreography requiring long diagonal body lines, soft jumps (some of them almost death-defying) and sinuous, very demanding lifts. If you know Murphy’s works, you could pick up tiny snippets of choreographic phrases from Daphnis and Chloe, After Venice and Some Rooms, for example. Almost was dreamlike and passionate – was the young man mourning the break-up with his girlfriend who takes up with another young man (his best friend?) And who were the two young ladies who were almost twins and dressed in almost matching dark floral dresses?

Invisible Icon, choreographed by Margaret Wilson, was strong and impressive with its relentless, compelling, trance-like chants and dynamic sculptural blocks of movement. It was like a ritual dance performed as worship in a steamy jungle. At times, it reminded me of Maurice Béjart’s work. Lunges, runs, rippling arms and the Murphy “walk” were also included. The young men were topless in their dark grey/green leggings. The only female (Tene Ward), in a matching unitard, was in some ways the leader of  the group. It was a spectacular showcase for the men, showing off their feline jumps, with a couple of marvellous male pas de deux and a frenetic Puck-like solo. Ward’s solo was sultry and exotic.

A Singular Sequence, choreographed by Stephen Baynes to Igor Stravinsky, also had Balanchine style references. The work was neoclassical with a twist. It was coolly classical in beautiful blue leotards. The opening quartet was most impressive; long lines and tender, intimate partnering were required in other sections. It was as if the women were at first aloof. The men interrupt and have polite, rather formal conversations, and then eventually the four couples really get to know each other.

The last, rather long, extended work was Divertissement, choreographed by Simon Dow to assorted Giuseppe Verdi opera selections. It was an abstract extended showcase of classical technique, referencing the “ballet blanc”. (Think the huge corps de ballet of swans, snowflakes or willis, for example, or the vision scene in La Bayadère or Serge Lifar’s Suite En Blanc.) The young women were in two different sorts of white tutus — one rather plain, the other diamond-encrusted and with a curling fancy headdress. The men wore black tights with a white shirt, some also with a black waistcoat. There were very showy and spectacular leaps and turns for the young men, lots of organised blocks of criss-crossing patterns of choreography  for the young women. The young women had beautiful épaulement and fluid port de bras. Some of the short solos were amazing, showcasing lots of fouettés or grande tours à la seconde.

At the end, the entire cast of the Showcase appeared, in an equivalent of the Grand Defile of the Paris Opera Ballet.