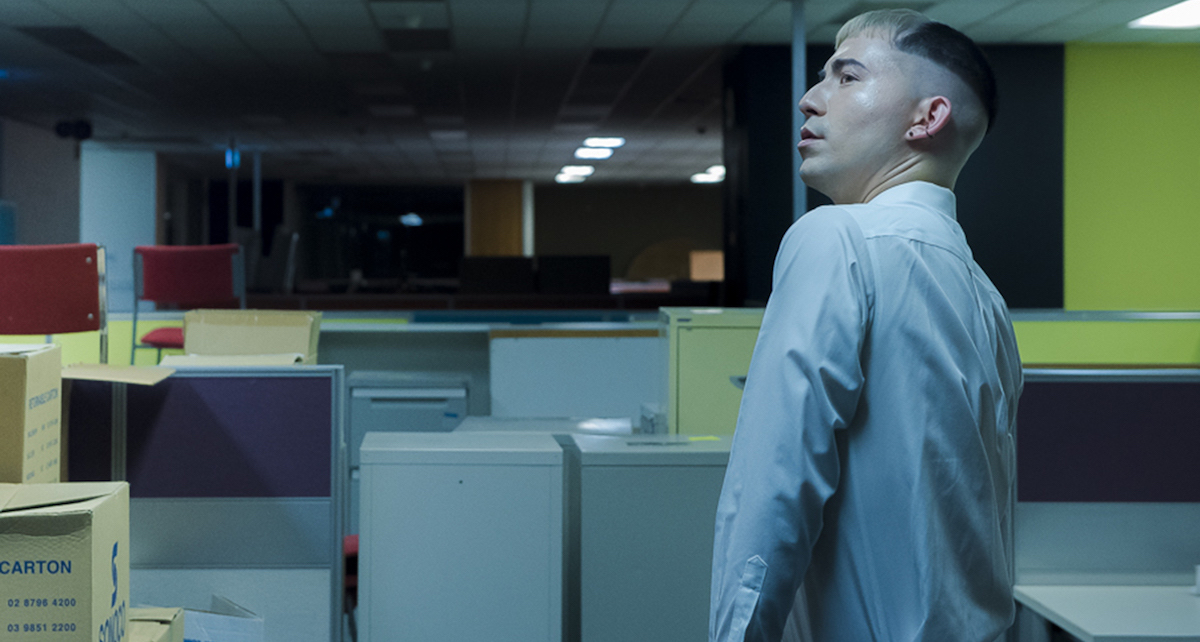 Jonathan Homsey is on the edge. The 27-year-old, Hong Kong-born, California-raised, Melbourne resident is part of a generation of art makers caught up in the inexorable shift from the live/analogue mode of performance to the virtual/digital. So what, you might think, aren’t we all? That may well be, but few people in the creative industries are as deeply articulate as Homsey is about this fundamental change in the nature of the public ceremony that is theatre.

As a dancer, choreographer, visual artist, Ausdance employee and teacher, Homsey is neck deep in the world of dance creation. His issues are those confronting most people in the space – funding, finding audiences, keeping the body fit – but his response to them is both radical and entirely pragmatic.

“I think what started it was self-love,” he declares. “I know that’s a very esoteric thing to say, but with dancing we put on shows that we’ve rehearsed for ages and ages, and I just felt that was exhausting. I couldn’t actually give to the dance performance what I needed to anymore. I’m only 27, but my body couldn’t do what I wanted it to do anymore.”

So, rather than retire or slide into straight choreography, he embraced the fast evolving potential of video, internet and installation. Homsey’s contention here, however, is much more nuanced than mere profile building and social media exhibitionism. Indeed, at the heart of his practise is the idea of using the internet as the medium, not just the delivery vehicle.

“There are people who are using out of office email replies as an art medium,” he explains by way of example, before adding, “So I asked myself if I could still have a career as a dance performer and not sell a dance show anymore?”

The key word here is “sell”; and as any artist in Australia will readily tell you, obtaining the funds to maintain any kind of career is hugely problematic. Homsey’s way of dealing with this is both idealistic and economic. “The way that we work will have to change because we won’t necessarily have money to remount our works over and over again,” he insists. “Also, with this kind of conservative political dialogue that’s going on, a lot of people my age are exploring this kind of socialist utopian ideal. What if all of this was free?”

In our cosy, bourgeois era of high price tickets and trendy arts cliques, Homsey’s “free the art” rhetoric harks back to mid-century, working class radicalism, whilst simultaneously projecting forward to a post-physical world of digital performance.

By moving out of the black box and into white wall galleries, shipping containers and virtual realms, Homsey is trying to find new and more democratic ways of creating and presenting dance works. His most recent pieces, Shujin and Sanctuary, employ mobile digital technology and film to examine complex ideas around office culture and online dating. Thus, despite the “one step removed” nature of the performance, both works tap into immediate emotional experience (love, loneliness, ambition, futility).

For all of his digital enthusiasm, Homsey is also steeped in the traditions of live dance. Whereas other artforms might more seamlessly migrate to on-demand video and the like, the raw physicality of dance remains at the heart of its appeal. Dance, like sport, is a spectacle of the body.

“We all love purist-type dance, but we have to find the balance of going with the current social/cultural context,” he argues. “I feel like the axis of real community used to be things like the local YMCA where you used to go to dance. But can I now do that through the internet? Not as a social media but as an actual art collective with the same emotional fulfilment as dancing in person. So, can I change my skills as a choreographer to make you feel like you’re in the environment?”

This is not so much an artistic or technological challenge as a structural and socio/political one. “Dancing on film is a different set of skills,” Homsey says. “In a way, we want to pay the respect to body, so we think we need to see it live, but I’m also passionate about that socialist ideal that everyone has the right to see it. Not everyone has access to a theatre or a hundred dollar ticket. So I just like the idea that everything should be free. I mean, I can see music videos for free, but why can’t I see contemporary dance for free?”

Whilst the transformative possibilities of non-theatre-based performance and online delivery can seem endless and utopian, Homsey is not so converted as to be blind to the facile, number-driven, click count fascism of the internet. “You know, there isn’t a sign at The Louvre saying that the Mona Lisa has been viewed seven million times,” he caustically notes. “It’s a successful painting, period.”

In the universe of dance, it seems, it’s not just the performance mode that’s up for an overhaul but the very notion of what “success” means. So stay tuned. Oh, and click here.