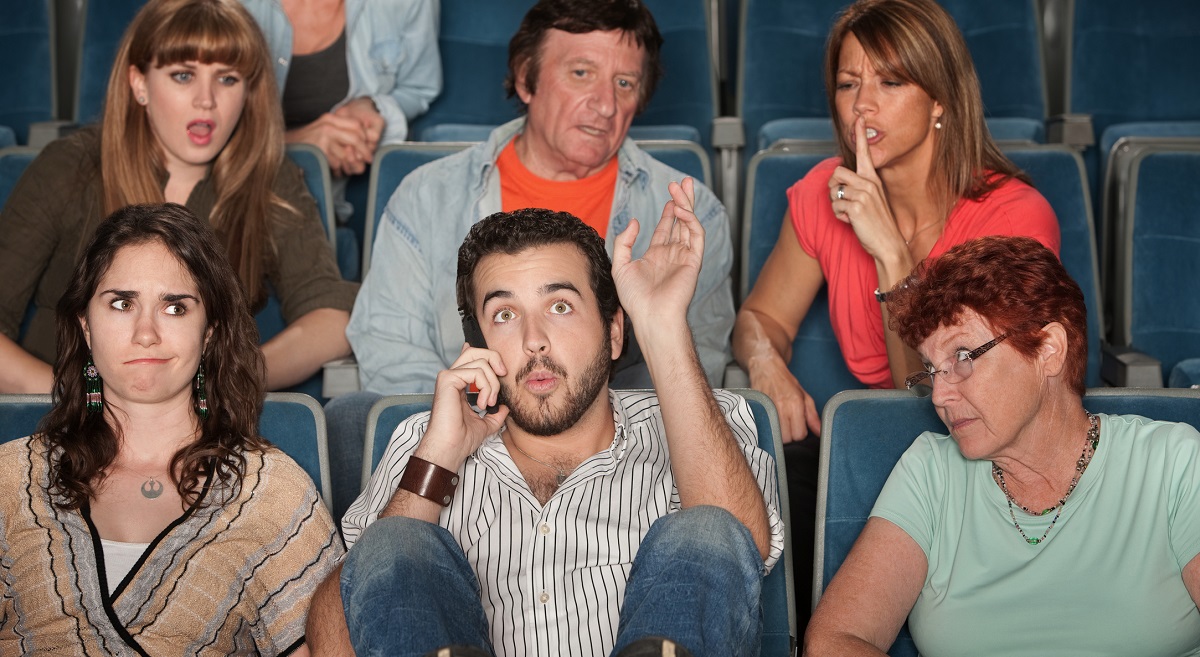 I recently worked a few casual shifts at a performing arts venue. On my first shift, I was blown away by the crowds. No, not the crowds inside the theatre but the crowds of latecomers waiting for the lockout period to end and be let in the theatre. Some extremely apologetic, regretful and running to the door and others not so fussed, expecting the doors to remain open and dawdling toward the theatre. The ushers told me that this was nothing new, they have actually been asked, “When does the 8pm show start?” I was shocked!

Inspired (and more so enraged), I wanted to offer some gentle suggestions about audience etiquette, which perhaps need to be revised and revisited as our lives become busier and linked with our devices.

Don’t get me wrong, I have certainly felt like the White Rabbit from Alice in Wonderland screaming, “I’m late, I’m late!” as I’ve tried to find venues, search for a car park, was stuck on a delayed train… I’ve been there; we’ve probably all been there. Once, I was so late I actually turned around and drove home because I was so embarrassed to walk into a performance closer to interval rather than opening.

I’m not saying this is what you should do, but just do your best to be on time. And if you’re not, just be a little bit apologetic about it and try to get to your seat as quickly and quietly as possible.

The thing about this is lateness to a performance has a ripple effect. The Front of House Managers can’t give clearance to the Stage Manager to begin the show until a certain number of audience members are in. If a show starts late, it probably finishes late. Which means the people waiting to wash costumes, catch the last train, or even bump out the entire set are all delayed. Not to mention how disruptive it is when a latecomer is trying to get to their seat in the middle of the auditorium, in complete darkness 10 minutes into the show!

This doesn’t just apply to the beginning of a show either but also the interval.

#2. Do not use your phone. Nope, not even to check the time.

There is no denying that mobile phones are a part of our existence now, and some performances may even encourage you to use your phone. But they will probably let you know this prior to the start. If not, don’t use it. Ever.

As a performer, on stage you are more often than not staring out to an audience that is in darkness. The moment you touch your phone and your screen lights up, it illuminates you in this cylinder of bright distracting light.

If you’re checking the time, it probably means you aren’t enjoying the performance, but I promise it will eventually come to an end.

The time, your notifications, your emails, Facebook, Pokemon GO, phone calls, messages…it can all wait. And if it is so urgent and can’t wait, perhaps reconsider why you are watching the performance and if you should be there.

This one is my pet hate. Firstly, because I think the beauty of live performance is that it is in fact live. It lives in that moment, and each show is different. Whoever you are showing that picture or video to will not get the same experience as you do watching the show. Not to mention that, similar to a ringtone, a flash is also annoying and potentially dangerous (think in stunt work or circus).

And of course there are several copyright issues at play.

As a performer, I own very, very few images of me in performance. The thing is to receive these images, performers most likely have to pay for them, or email a million people to find out who even has them and then wait to receive them. Yet, audience members freely take images and then do whatever they please with them, which sometimes includes uploading them to Instagram with the caption, “Sneaky shot!” (If you know it’s sneaky, don’t upload it.)

If you wish to share images to family and friends, head to the Facebook page or website of the performance. There will most likely be images there that a) are photos they want people to see of their work and are happy with, b) are probably way better quality than photos from your phone, c) provided employment to a professional photographer, and d) contain the appropriate credits to use with the images should you choose to share it on social media.

A tricky topic, however, one worthy of discussion. An usher recalled a story to me about a patron who struggled opening a packet of Malteaser’s, which eventually burst open, making the Malteaser’s spiral down the wooden floors making a noise with every drop!

It is a tough one, as most venues sell food, and from memory I can’t recall a venue that has banned food from entering the auditorium. But the crinkle and rustle of a packet of chips followed by the crunching in the mouth can be irritating.

Dinner and a show is always a good date. Dinner during the show is a distraction.

It has been suggested that since the arts are now attracting spectators who normally wouldn’t go to theatre, that there perhaps needs to be some sort of theatrical etiquette re-imposition. Which is difficult, as on the flip side there are some performances pushing boundaries and encouraging audience participation through social media, technology, performance and sometimes in shows that are not held in a traditional theatre setting.

All in all, just be courteous and have respect, not only for the performers and other audience members but also for the art form, too.