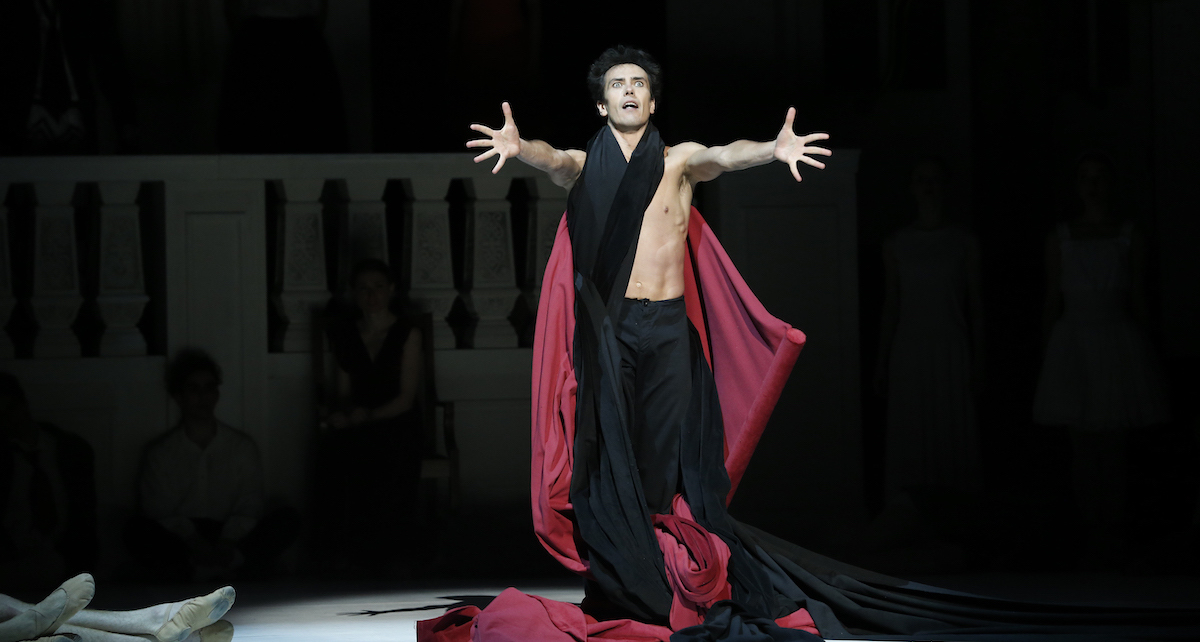 With stunning sets, costumes and a wildly dramatic narrative, John Neumeier’s Nijinsky is the epitome of a grand production. The choreographer – and director of Hamburg Ballet – created the work in 2000; however, his career is said to have been shaped around the work of Vaslav Nijinsky, as writes Valerie Lawson in the programme for The Australian Ballet:

“John Neumeier and the ghost of Nijinsky have walked side by side for more than six decades. Nijinsky isn’t haunting him. It’s the other way around. The drama of Nijinsky’s life has fascinated Neumeier from the age of 10, when he read the biography of the dancer.” 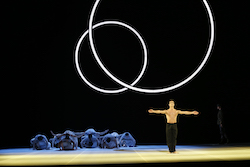 And dramatic it certainly is: passion, betrayal, madness – Nijinsky’s life was one of great brilliance and also incredible turmoil. In Neumeier’s imagining, the story begins with the artist’s last public performance, then descends into a confusing mesh of memory, featuring Nijinsky’s most famous characters entwined with real-life figures. The often chaotic nature of the narrative mostly works well given the subject matter, although at times there is almost so much going on it’s difficult to stay focused.

Of course, the artists of The Australian Ballet – and special guest Alexandre Riabko as Nijinsky – dance to perfection. In particular, Adam Bull is commanding as the impresario Serge Diaghilev, the man who was the most influential figure in Nijinsky’s life. Another stand-out performance comes from Chengwu Guo, who appears as the Spirit of the Rose and one of Nijinsky’s Shadows. Having been mesmerised as a child, by a performance of Petrushka, I was particularly looking forward to seeing how the puppet character was portrayed, and it was wonderfully cast in Brett Simon. 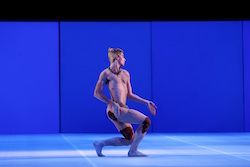 The combination of the incredibly rich, emotive score (Chopin, Schumann, Rimsky-Korsakov, Shostakovich) and luscious art deco-inspired design (Neumeier) serve to sweep the audience away to 1920s Europe, when ballet first became daring, sexy and fashionable. It’s a story with a tragic ending – one that will always be relevant – but the glorious presentation of it is a fitting tribute to a man who changed history.