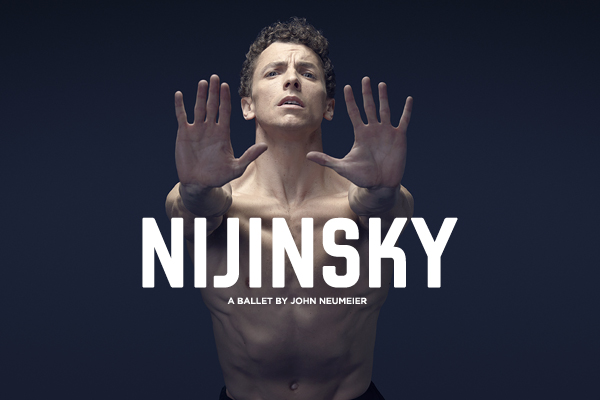 Fifteen years after seeing the premiere of Nijinsky in Hamburg, The Australian Ballet’s Artistic Director David McAllister has brought John Neumeier’s epic production of Nijinsky to Australia. The ballet made its premiere with the local company in Melbourne during September and travels to Adelaide in October and Sydney in November. Labelled “explosive and confronting”, Nijinsky tells the story of Vaslav Nijinsky’s life, including both his career as a dancer and choreographer with the Ballets Russes and his descent into mental illness. Set to music by some of the world’s great composers, Nijinsky is a feast for music and ballet lovers alike.

Nijinsky was an international star who was pivotal in changing the status and role of male dancers in ballet since his first appearance on stage in the early 1900s. For The Australian Ballet’s Kevin Jackson, playing the role of Nijinsky is the role of a lifetime. Dance Informa spoke with Jackson during the Melbourne season.

As a dance student, did you admire Nijinsky?

“As a young dance student I came across Nijinsky in old books. He stood out as a unique figure; he fascinated me. There was a look in his eyes: full of intrigue, sensuality and charisma. Later in my training, I learnt about his immense legacy, his genius and celebrity status and the years of darkness that followed.”

“Absolutely. Nijinsky’s most famous roles, such as The Rose, The Golden Slave and Petrushka are still performed today, and his choreography for The Rite of Spring, although not performed much anymore, has influenced and inspired many choreographers over the decades to try their hand at the incredible score by Stravinsky.”

Performing the role of such an iconic figure must come with a lot of pressure. What did you do to prepare for the role?

“I researched his life through books, images, and through John’s choreography, I was able to find a connection to Nijinsky. The subtleties that you need to portray show a man falling from fame into mental illness, which is extremely difficult. One thing that John said, which continues to ring in my mind, was this: ‘When someone is ill or mentally ill, they do everything to hide it from people.’ This comment changed my whole interpretation of the role.”

What challenges did you face in the rehearsal process, either emotionally or physically?

“Each ballet brings a rollercoaster of emotions in and out of the studio. For the most part, I enjoyed exploring a more European style of contemporary dance found in John’s choreography and finding the intricacies through the different sections which are a nod to Nijinsky’s roles and choreography. Physically, this role is extreme, and it really wasn’t until we started rehearsing full runs for the ballet that I realised that this was going to be a massive undertaking, especially considering the number of shows I will perform over the next few months.”

How did you feel on your first night performing this role, both before the curtain went up and afterward?

“I wasn’t nervous. I was excited to take the path of this incredible icon. At the end of the show, to have audiences stand on mass at each of my five shows was hugely rewarding and a testament to the pure genius of this phenomenal ballet. I have never witnessed such an outpouring of gratitude from an audience in Australia in my 14-year career. It was just amazing.”

How do you think your performance will develop during the season and subsequent Adelaide and Sydney seasons?

“I will continue to learn and develop within the role through the help of my coaches and other dancers, and continue to push the physicality to the limits. In my mind, each show is a blank canvas. I don’t try to replicate, but I endeavor to tell the story as if I’m living it in that moment. I want my performances to be as honest and real as possible. That’s my aim.”