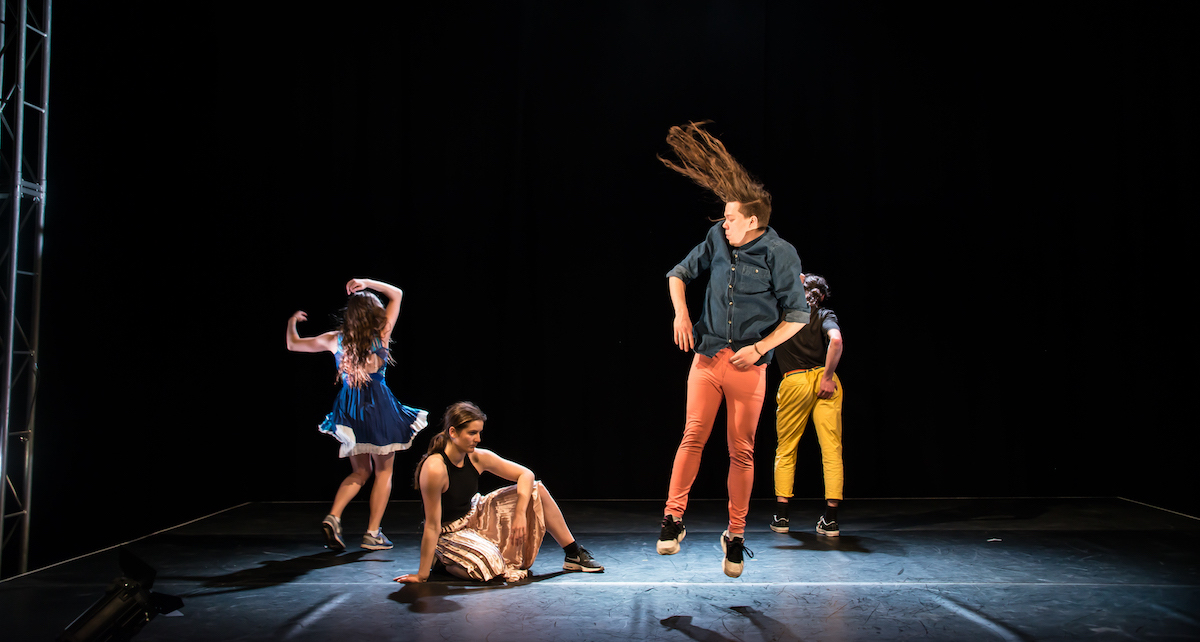 Emptying The Bucket starts quietly, almost frozen. A girl runs, two boys remain in pose. Gradually, however, through repeated motifs, this four hander ripples into sensual life and finishes in a writhing, pulsing, passionate sea of connection, desire and exhaustion.

Choreographer Nebahat Erpolat’s 2016 Melbourne Fringe work is a self-declared exploration of love, although the result is far from merely romantic or sentimental. The four dancers wax and wane between propelling themselves and being acted upon by seemingly greater forces. Indeed, there is both fusion and fission in this smashing together of bodies. 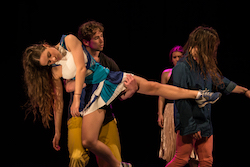 The “moves” in themselves are straight out of the contemporary playbook, so too the minimalist electro abstraction of the soundscape and the smattering of text, but Emptying The Bucket gets dangerous with its split focus, whole of room approach. The stage is nowhere near big enough for Erpolat’s world of electric longing. As such, the dancers orbit the space, colliding, vanishing and re-appearing to collide again. It is as though the great cycles of love, disappointment and despair are doomed to repeat, and we, tiny creatures, are simply swept up in the inevitable repetition.

Harrison Ritchie-Jones, Emma Riches, Josh Twee and Sheridan Gerrard embody this vision with energy and urgency. Although a little icy and cerebral at times, the movement palette evolves toward sexy, desperate and even violent. Indeed, Bucket fairly ripples with sexual sparks and animal intention.

Yet, for all this uncaged passion, Erpolat’s execution remains disciplined, even when it moves off stage and drags the audience’s focus around. The net result is a work that finishes on a creatively satisfying high.

Emptying The Bucket is a bristling, muscular work underpinned by conceptual rigour but with a strongly beating heart that ultimately drowns out the niceties of theory and delivers a sweating, wrestling paean to love.

Emptying the Bucket received the award for Best Dance at the 2016 Melbourne Fringe Awards, held on October 1.