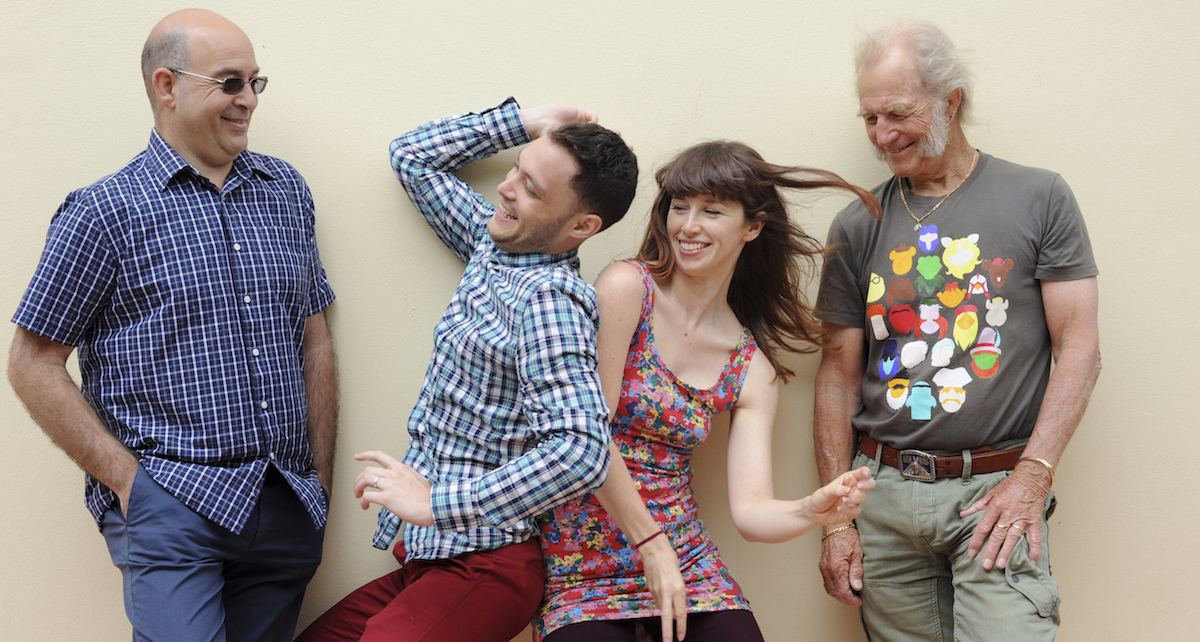 Is there anything more daggy than dads dancing? It’s a cringe we’ve all seen and felt, maybe even been guilty of, but what if you take a bunch of dads and really make them dance?

For two years now, the Parramatta-based Dance Makers Collective (DMC) has been working out how, and when its new work, Dads, hits the Riverside Theatres in November, the worlds of contemporary and paternal dance will meet somewhere between the garage and the black box.

As both the producer of and a performer in Dads, Carl Sciberras has watched the idea grow out of an in-house pitch sesh at DMC. As he recalls, “Initially it was about conducting interviews with our fathers to get their opinion — what dance is, what it should be, what they think of what we do as professional contemporary dancers? We wanted to then use that as a springboard.”

What that has meant is a process of unusually personal proportions, certainly something different from the usual focus of autobio introspection. “My dad’s view of my dancing was really kind of endearing and sweet, but some other dads were a little more interested in dance being a mating ritual,” Sciberras reveals. “Like, that’s how they met their partners. You know, and they prefer to do it having had a few drinks first and that kind of thing.”

Of course, this is what we might well expect. But the interviews yielded some surprising revelations. “I mean, if you think about dads dancing, it’s that hilarious joke where, you know, they embarrass you and they are a bit drunk, but actually they told us some really beautiful stories,” Sciberras points out. “One of the fathers has his own kind of private dance practise with a tambourine in his room, and some of them spoke about dance being an opportunity for them to heal at different points in their lives.”

Aside from getting a unique insight into their fathers, the nine strong team at DMC then had to sift through their interview tapes and think about constructing a show. As Sciberras says, they began a lengthy “movement investigation” of the gems from the tapes, identifying opportunities for solos, duos and group sections. “The unifying point is the dad, I guess,” he muses. “We’ve sort of labelled the different types of dads and given them weird names like ‘the philosopher dad’ and ‘the SNAG dad’ and ‘the funny dad’. So, it goes through some light and dark, and it finishes with this hopefully uplifting view that dance is for everybody.”

Here then is the underpinning ideal; because what the daggy dad does in his shed is still dance. “Some people view dance as a performative thing, others see it as celebratory, some people think it’s a social thing; and you can use dads as a way to access all of those different ways of dancing,” Sciberras contends.

Yet, nothing about Dads appears to veer too far into rarefied, philosophical air. The fundamental nature of the family relationships upon which the production is based roots the show more in blood than water. From Sciberras’ perspective, “It’s refreshing to do that in dance because dance is such an abstract, poetic form of art. So, to introduce something personal and autobiographical adds another layer and makes it a little bit more theatrical. I think it lets people connect with the dancers as human beings, rather than just as bodies.”

And that core humanity will extend beyond the show’s early November season. “All of us have had little epiphanies with our dads, like, stuff they haven’t told us before,” Sciberras explains. “For instance, my dad told me this story about how when he met my mum, when she was just 16, I think, and he used to take her to the pub, and one night she had been sick and couldn’t dance and so a friend of hers danced with Dad instead, and Mum got really jealous and there was a massive fight. You know, I didn’t know about it, but hearing it and knowing my parents, it made so much sense.”

The big question on everyone’s lips, however, is: will there be dancing dads on stage? Sciberras deftly replies, “Even though it hasn’t finally been decided whether some of the dads will actually be in the show, my dad’s totally up for it.”