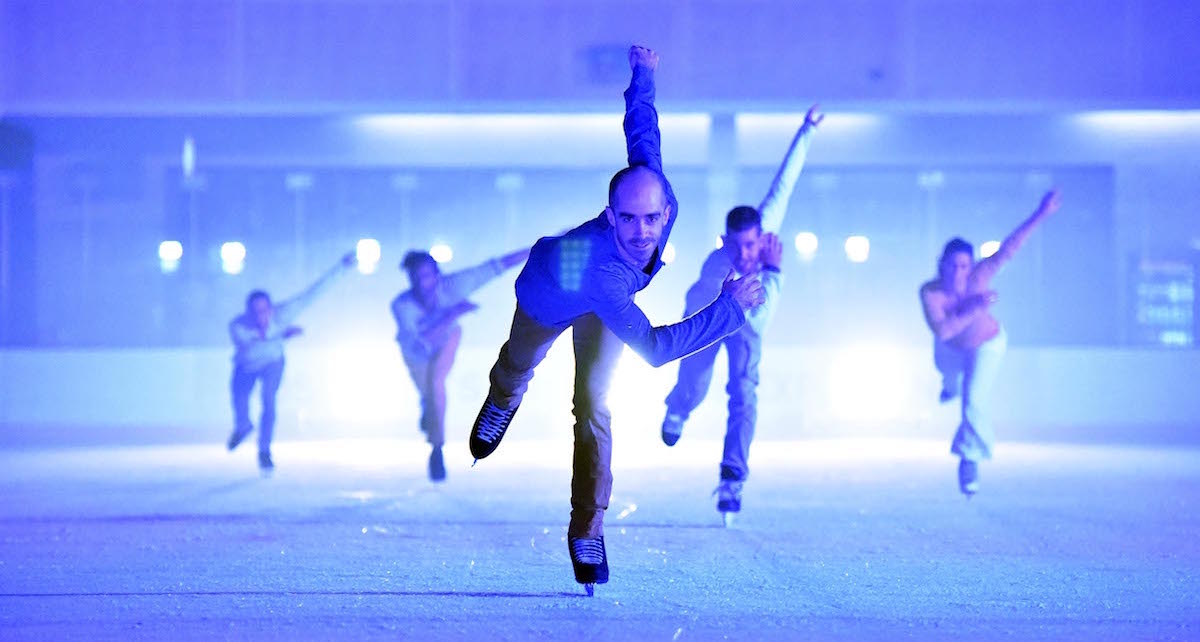 Sometimes beauty is incongruous. Case in point: the Quebecois quintet Le Patin Libre (The Free Skate). Not only is its double bill of ice-bound dance a simply stunning spectacle, but its staging in the vulgar utilitarian shed that is the O’Brien Group Arena (complete with light and sound spills from adjacent rooms and corridors) somehow adds to the delicacy and drama of it.

The other thing that stands out is just how emotional and psychological Vertical Influences is. Although it is performed entirely on skates, it is several rungs above the kitsch sparkle of Torvill and Dean ice dance. Indeed, there are many more moments of balletic grace, contemporary cool and street dance vigour than there are audience gratifying episodes of athletic prowess. Although the notion of high concept dance on ice seems to border on tacky and contrived, Vertical Influences obliterates those concerns with 50 minutes of power, poetry and poignancy.

The first work, Influences, explores the idea of in groups, out groups and the individual in relation to such things. With sweeping elegant glides, Le Patin Libre delivers a moving, bittersweet reflection on inclusion and exile. The result is mesmeric; and the question is adamantly answered. Yes, deeply satisfying dance and ice skating can work together.

The second piece, Vertical, is the more energetic of the two. Indeed, there is an ominous quality to it, with the skaters threatening to careen off stage and right into our laps. With its audience now seated on the ice, the ensemble’s grace and skill is seen up close, and the shoosh of blade on ice adds to the musical quality of the work.

Once you drift from the sealed security of the black box, however, you welcome all kinds of extraneous elements into the picture. Along with the refined, sculpted beauty of Vertical Influences, the spectacle includes the unavoidable ugliness of the venue. Rather than distracting, this underscores the other worldly quality of Le Patin Libre. It is as though a moment of shimmering loveliness were dropped whole into an expanse of crass, homogenised suburbia. Perhaps this is the point: that beauty can exist in unlikely places and, when noticed, can transform everything. Even ice rinks.