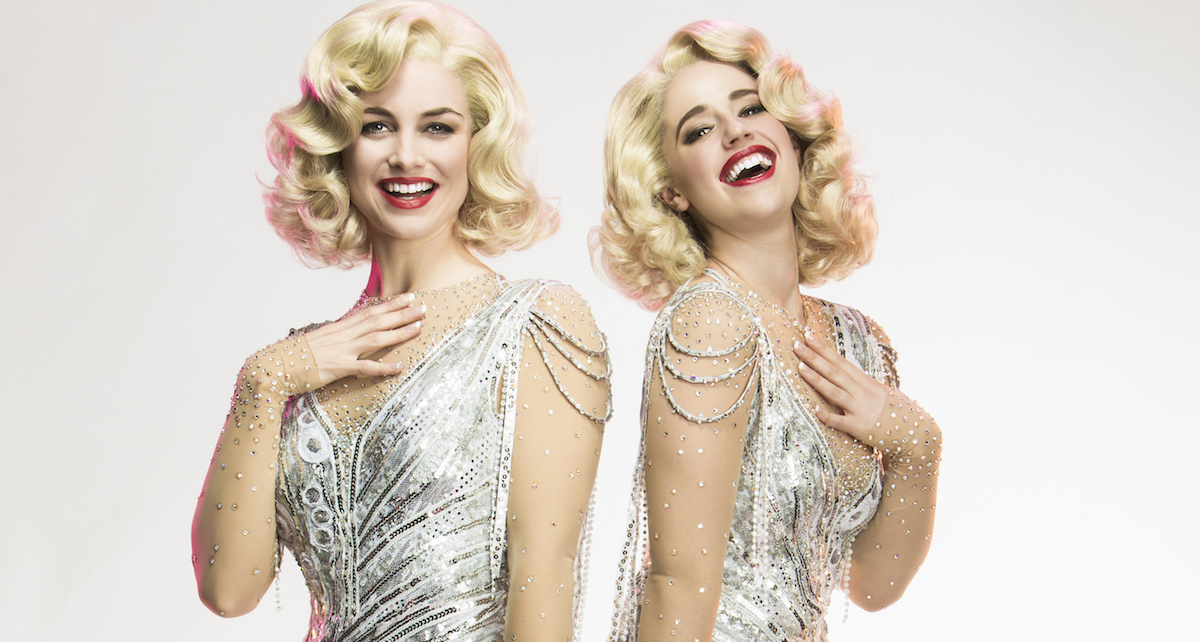 Amy Campbell is one of Australia’s most accomplished female dancers, with a career that includes performing, choreographing, teaching and touring on mediums such as stage and screen. Her most recent addition to her impressive CV is choreographer of Side Show, which runs at the Hayes Theatre Co in Sydney, for just four short weeks starting September 23.

This is the Australian premiere of Side Show, which is based on the real life story of conjoined twins Daisy and Violet Hilton. Hilton and Hilton (played by Laura Bunting and Kerrie Anne Greenland) rose to fame in the 1930s in the grim circus freak show world and, after an abusive upbringing, became the highest paid stars of that vaudeville era.

So what was it like choreographing on two actresses who are portraying conjoined twins? “It’s definitely challenging!” says Campbell. “The girls have to work on not only their individual choreography but also develop a physical language between the two of them and be constantly aware of the other person. Talk about spatial awareness and timing! But having our two beautiful actresses allowed me to be creative with new shapes and explore with twice the amount of body parts!”

Campbell is slowly becoming a seasoned choreographer with other choreography credits, including Violet and Spring Awakening. “Side Show will be the fifth show I have choreographed this year, and it may as well be the most challenging!” she shares. “I’m combining my love of vaudeville, circus and the 1930s to create a movement language that hopefully immerses the audience in this unique story. And the music of Henry Krieger is so wonderful to dance to!”

Side Show will be staged at the iconic Hayes Theatre in Potts Point, which presents small-scale musical theatre and cabaret. The venue is nestled in the heart of the suburb, and the close and small seating bank provides an intimate performance venue.

“You don’t really think of the Hayes as a place for dance numbers, but I think the audience is in for a pleasant surprise with this one!” Campbell says. “The Hayes is a wonderful space to create in and is very intimate. Of course, you have to be mindful that nobody ends up jeté-ing into the front row! It’s been a combination of doing the music, story and cast justice, whilst being economical with the movement so as not to overwhelm the space.”

She continues, “I am constantly learning as a choreographer, about storytelling, economy of movement, creating a moving artwork. I am always refining what I do to the last moment, and the poor cast gets lost of notes. But I love the fact that I can see things from both sides as a performer and now choreographer.”

Campbell certainly can see from both “sides”, with credits on screen including So You Think You Can Dance, Dance Academy and Everybody Dance Now; stage credits including Fame the Musical, King Kong Live On Stage and Dirty Dancing; performances with Kylie Minogue, Flo Rida, Redfoo, Tina Arena, Natalie Bassingthwaighte, Sam Sparro, and Sam and the Womp, and also as an assistant to Kelley Abbey multiple times.

“I’ve been really fortunate to be able to combine both my love of performance and choreography for many years now,” Campbell reflects. “Both I find extremely challenging and rewarding. Choreography, though, really lets me use my imagination and my skill set in so many new ways, and I love it.”

‘Side Show’ will be presented at the Hayes Theatre Co.

Campbell adds, “I learnt that it’s a lot of trial and error, too, but I’ve learned to just keep going. And I’ve figured out that even when you are organised to a tee, sometimes the best moments happen spontaneously in the rehearsal room!”

And her five main tips? 1. Breath mints, deodorant and water! 2. Nothing is unsolvable; kindness and patience go a long way; and you’ll never actually know it all. 3. Eat well and be kind to your body. You can’t expect it to do great things if you don’t nurture it. 4. Take what you do seriously, but don’t take yourself too seriously. 5. It’s not always going to challenge you, so make sure you love it!

The Australian premiere of Side Show is showing at the Hayes Theatre Co from 23 September – 16 October. For more information and to purchase tickets, visit www.hayestheatre.com.au/coming-soon/side-show.html.

Photo (top): The Australian premiere of ‘Side Show’ is choreographed by Amy Campbell.