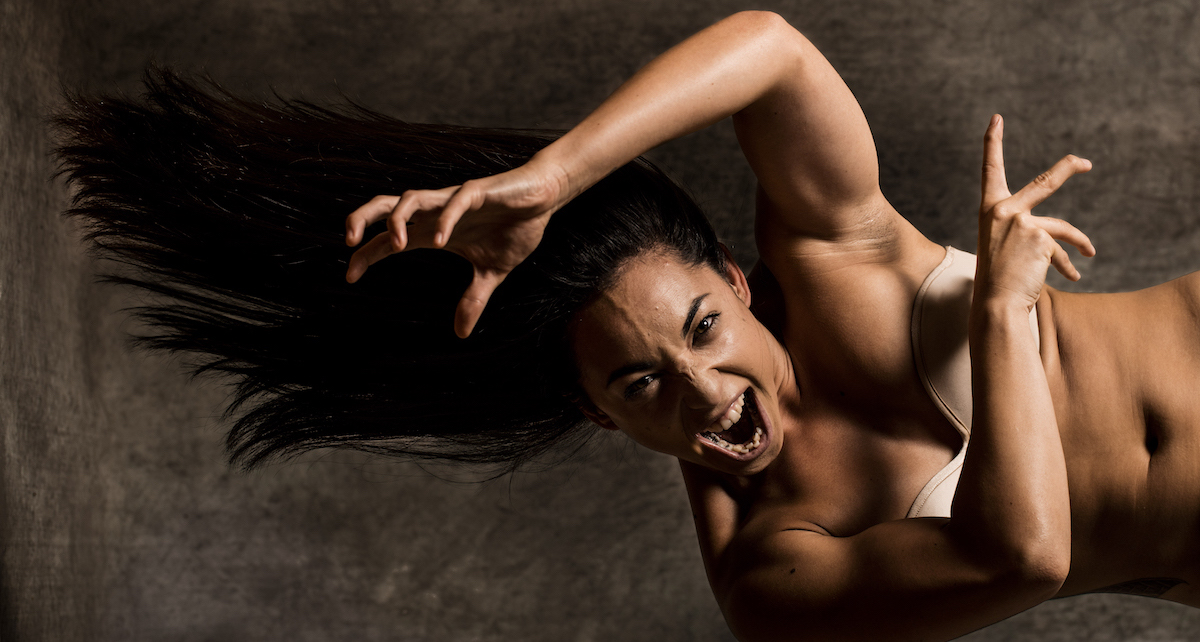 Promising its most provocative and poetic season yet, The New Zealand Dance Company (NZDC) will premiere its double bill, The Absurdity of Humanity, in Auckland at Q Theatre later this month. A trans-Tasman offering of sorts, works by Australia’s Lina Limosani and New Zealand’s Ross McCormack will make up the program, overseen by NZDC Artistic Director Shona McCullagh.

Limosani, who first established a name for herself as a highly-acclaimed member of Garry Stewart’s Australian Dance Theatre (ADT), began her choreographic development through ADT’s in-house choreographic seasons in 2000. National and international residencies and commissions soon followed. Her contribution, Whispers from Pandora’s Box — billed as “Kill Bill meets Elizabeth I” — continues Limosani’s interest in the fusion of elements of theatre with forms of intense physicality.

NZDC’s ‘The Absurdity of Humanity’. Photo by John McDermott.

“It is motivating me to find unique ways to bridge the gap between narrative and contemporary dance,” she observes. “By taking the things that interest me such as comedy, slapstick, theatre of the absurd, clowning and horror, and blending it with my own physical history as a dancer and performer, I’m deliberately creating a fusion of genres.”

She adds, “I am using this ‘genre mash-up’ to explore new models of communication and discover alternative ways of expressing myself in this world.”

Beginning as a research topic and first presented as a 15-minute piece of choreography for 14 students at the New Zealand School of Dance in 2011, Whispers from Pandora’s Box has since undergone considerable development. “It is wickedly entertaining,” she teases. “Dance, theatre and storytelling are combined to bring wit, humour and horror to the audience experience.”

A 2001 graduate of the New Zealand School of Dance, McCormack worked with the Douglas Wright Dance Company and the Royal New Zealand Ballet before joining ADT in 2003 where, like Limosani, he, too, worked closely with Stewart.