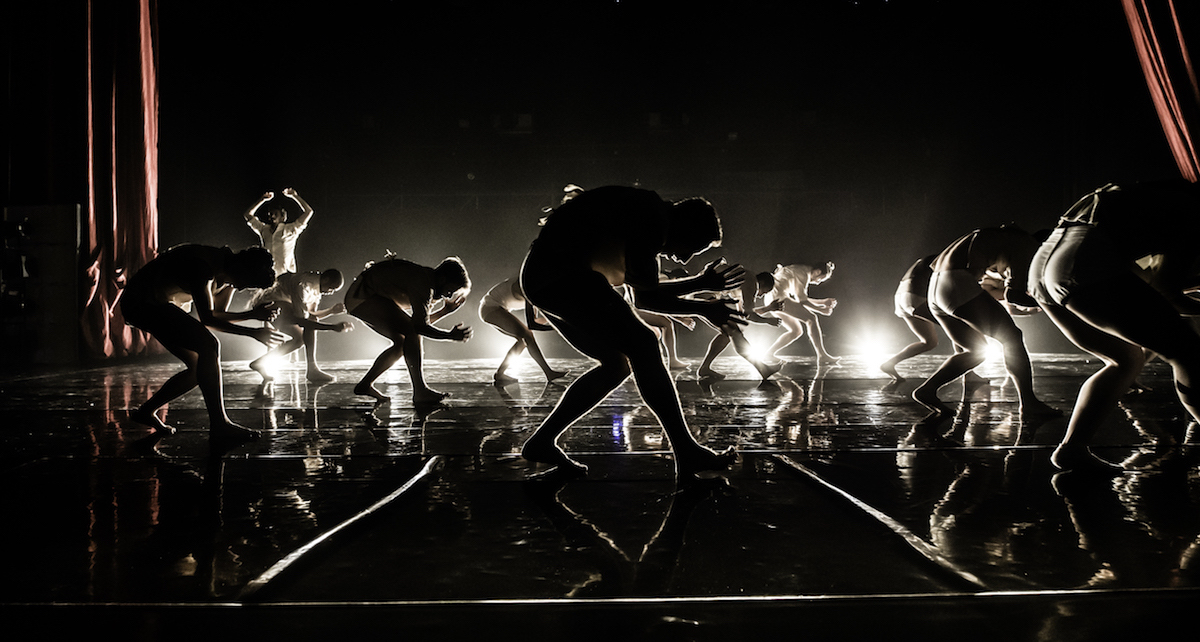 Most dance companies begin in relatively comfortable circumstances. Not so Israel’s Kibbutz Contemporary Dance Company. Its history began at Auschwitz when company founder Yehudit Arnon risked everything by refusing to dance for her Nazi tormentors at Christmas.

As with so much of the psyche of modern Israel, the ghosts of history are much closer to the surface; so when the company makes its Australian debut at the Sydney Opera House later this month with Horses In The Sky, they will do so with their past very much written into every movement.

Indeed, Kibbutz’s current Artistic Director, Rami Be’er, has the company’s past in the fibre of his being. His family had survived the Holocaust and finally left Hungary in 1948 for the newly created country of Israel. “They came here to build a new life, a new nation and a new kibbutz,” Be’er explains. “But in that same group that came from Hungary was the founder of the company, Yehudit Arnon. Actually, she taught me as a child.”

In fact, Be’er was born in Kibbutz Ga’aton, a settlement just eight kilometres south of the Lebanese border where the company was founded by the late Arnon in 1973 and is still based. As a child, he was mentored by her.

“I grew up in a very cultural home,” Be’er remembers. “My father was a violin player and my mother came from publishing, so our house was full of books and music, and me and my three sisters all got a musical education.” All of which infused the young Be’er with the pioneering spirit of Ga’aton, the ethos of the dance company and richness of the Austro-Hungarian culture from which his family had come. “This is how I developed as an artist,” he continues. “I always had music and dance in my life.”

After completing his compulsory national service, Be’er returned to the Kibbutz in 1981 to join the company, before he eventually took over from Arnon in 1996. Twenty years on and Be’er has made more than 50 works for the company, in addition to commissions from Batsheva Dance Company, Graz Opera Ballet and the Reykjavik National Ballet, amongst others.

Just as its founder envisaged, Be’er has continued to pilot the Kibbutz Contemporary Dance Company’s broader mission. From its base in northern Israel, the company continues to reach out to the world. “We have developed a dance village here,” Be’er says. “Besides the main company, we have a junior company, but we also invite young people from all over the world to come here for five months, and they learn from company members and get experience in dance and also life.”

It’s an outward reflection of the artistically rich life that he was born into. As he describes it, “What happens here is very unique. It’s not just the dance but the nature. The kibbutz is isolated, in a good way, so you can concentrate of the creative process.”

On stage, this approach – and the very way in which the company’s principals live their lives – is reflected in their reputation for blistering intensity. Their work is also very personal; in that Be’er not only choreographs but oversees the music, the set and lighting design and the costuming. Horses In The Sky is no exception.

Kibbutz’s ‘Horses in the Sky’. Photo by Eyal Hirsh.

However explicit he is about the strong historical/cultural through lines informing the work of the company, Be’er the creator is stubbornly vague about the meanings and inspirations behind individual works. “Of course I have my reasons, but what I am doing is to invite the audience to connect to themselves through the piece,” he shares. “As I say, through their own associations and feelings. It’s not about an interpretation that’s right or wrong, but it’s about what you as a spectator can gather from what I am presenting to you.”

Although Horses In The Sky has been triggered by specific poetry and musical motifs, Be’er has consciously pulled ideas from all over, including nature. “I leave the option open for the audience,” he elaborates. “Maybe at the end when the lights come up they will have some question marks.”

With its 16 strong ensemble and a soundtrack including work from Bjork and Tim Hecker, Horses has a sense of what its creator calls “impending apocalypse”. Yet, when quizzed on the equine/apocalypse connection, Be’er reverts to stoic ambiguity. “The piece is not telling a story,” he insists. “It does not have a certain narrative. There are possibilities to connect it to your own existence. To your life in a couple, to life in society or in a group, or to life as an individual in front of the group. All these aspects, these things that I deal with in the piece, can say something about our lives.”

‘Horses in the Sky’. Photo by Eyal Hirsh.

Whereas the core drivers of the company’s creative output remain artfully obscured, their sense of history and mission is abundantly clear. According to Be’er, “Dance and visuals, with music, are a way to communicate without too many words. A way to create a bridge between cultures, between religions, between languages. The power of movement is that it can communicate with people all over the world. It is a human language.”

Also, Kibbutz recently announced that it will host an Open Audition in Sydney on Sunday, September 4. This special audition is for its international 5-month and 10-month study abroad Dance Journey program, which is open to dancers ages 18 years and up. The audition will take place from 10 am to 2 pm at Brent Street’s Studio 1, located in The Entertainment Quarter at 122 Lang Road, Moore Park. To register for the audition, head to www.kcdc.co.il/en/AuditionRegistration. The audition will consist of a ballet warm-up and company repertoire. There’s no need to prepare a solo piece. Dancers must bring their CV and headshot and arrive 15 minutes early. Dancers who cannot attend the audition are welcome to email a three-minute audition video along with their CV and headshot to dance@kcdc.co.il.

Photo (top): Horses in the Sky by Rami Be’er. Photo by Eyal Hirsch.