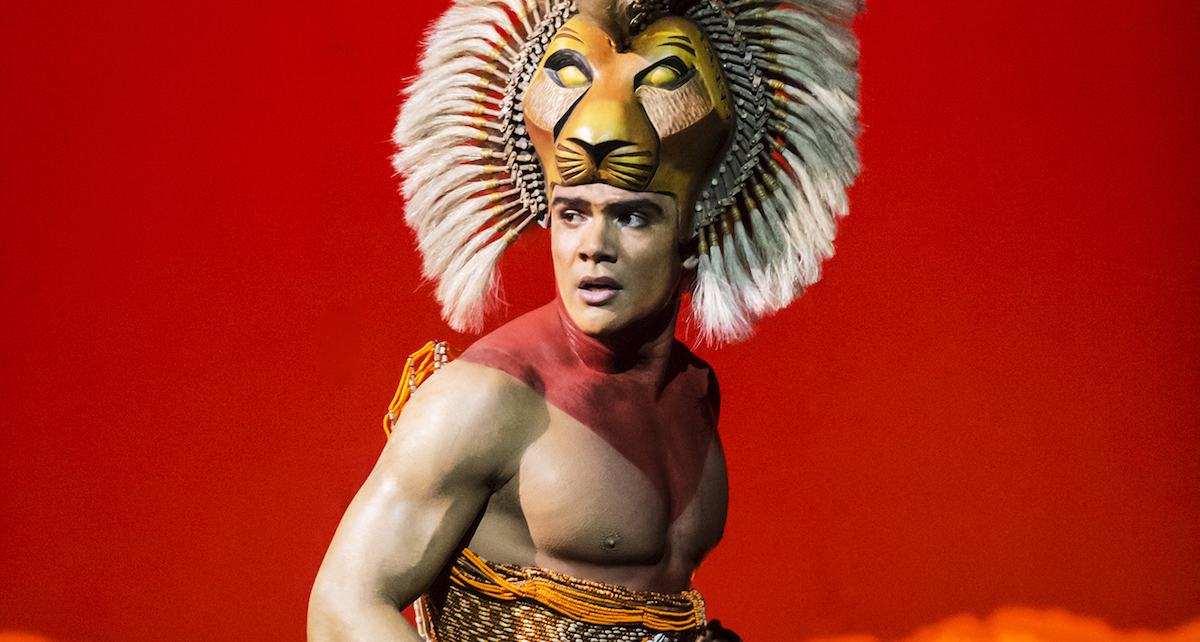 Have you ever turned down an once-in-a-lifetime opportunity only to regret it? The Lion King’s Nicholas Afoa knows exactly how you feel. In 2004, he had to make an unusual choice between trialling for the New Zealand under 20’s rugby team or taking a shot at becoming Simba. Afoa chose rugby but didn’t make the team and also lost out on the opportunity to become part of The Lion King. Fortunately, he got a second chance at Simba, and this time, he was ready — Afoa is currently playing the lead role in the London production. Dance Informa speaks to Afoa here about Simba, self-belief and second chances.

Tell us a little about your childhood in Auckland. How did you discover your passion for musical theatre? You’ve mentioned before, for instance, that your Polynesian heritage was an important driver behind your love of music.

“Although I have always loved music, my passion for musical theatre didn’t fully flourish until I started in The Lion King. I guess, as a youngster, musical theatre was never on my radar, but the moment I was immersed in it I really began to love it and saw so many things which I related to. People were surprised that I naturally acquired certain performance techniques, but storytelling, that is something so familiar to all Polynesian cultures.”

Congratulations on joining the London production of The Lion King! We know you joined the Australian production in 2013, but that wasn’t the first time you had auditioned, was it? Tell us about your 2004 audition.

“Thank you! I like London a lot. I auditioned in 2004, as there was open call for casting adult Simba. I was curious, so I auditioned and immediately fell in love with both the role and the show. I didn’t realise how close I was being looked at until I got a few call backs, but it happened at the same time that I was trialling for the New Zealand under 20’s rugby team for the second year in a row. I had received a call one night saying I was needed in Melbourne for an audition for Simba as there could possibly be an opening in London, but I decided to take the rugby route. It turns out I didn’t make the team and had missed my chance of being part of The Lion King also. I had a long period of time where I was asking myself what would have happened if I had gone to The Lion King audition. I was so lucky that, years later, the opportunity came back and I finally got the chance to play this role.”

You prepared very thoroughly for your second audition, training physically for the role even before auditions were officially announced. Given how competitive and uncertain musical theatre can be, what was it that gave you the purpose and commitment to do that?

“Everyone has their own driving force. For me, first and foremost, it was and is having a very strong faith, as well as a real desire to tell this story. I was drawn to the power and emotion in this show and, in particular, that of Simba’s journey. I also knew how physically demanding the show would be, so training helped me get both emotionally and physically ready for it.”

Nicholas Afoa (Simba) in Disney’s ‘The Lion King’ at the Lyceum Theatre, London. Photo by Disney.

Talk us through the audition process. After the first call back, you had another six auditions, right?

“Yes! The first audition focuses on your look and your sound, but after that these things aren’t as important. It is all about your truth. For me, it was connecting to the songs, and each time they saw me, they wanted to see an improvement in the way I was able to connect to the story and the lyrics I was singing, so that was my focus. In the final call backs, we had a movement call. I was taught some choreography and was quite self-conscious about it, but I knew I had intensity and athleticism, and I knew that Simba needs those things, too.”

You have certainly taken the path less travelled toward a musical career! What kinds of personal fears and insecurities have you come up against within yourself, and how have you sought to overcome them?

“There were so many to start off with, and still to this day I have insecurities, particularly as I’m still very new to the industry. It’s so easy to look at the qualities I may be lacking, especially in an industry where there are so many talented people around me, but you have to look at the qualities you have. It is so important to remind yourself why you were chosen and to believe you are good enough. Working hard on the parts of your craft you know need attention helps with this, as you know you are always improving your skills. I continuously keep myself in check with my performance, and if there are things that need work I will address them.”

What do you miss most about rugby? What has it taught you that has helped you personally and professionally?

“It’s surprising to people, but I don’t miss much about rugby, reason being is the connections and comradery you create in rugby go so much further than what you have on the field. These bonds are life-long, and I still have them today with the boys I played rugby with years ago. In terms of the adrenalin, the pride and the excitement that you get playing on the field, I get that fix on stage now. Personally and professionally, it has helped me a lot. With rugby, it is never ever about you. You play for your teammates, your family and your country. You are part of the puzzle, and the skills you bring add to it, but they don’t complete it. That has stayed with me in this theatre journey. I may be playing the lead in a West End production, but it is a team effort with all of the cast and creatives of the show, and it’s just about a group of passionate artists coming together to tell a powerful story.”

How are you and Simba alike, do you think? How are you different? How have you ‘made the character your own’, so to speak?

“The character of Simba and I are very similar. Simba is boyish, athletic, vulnerable, and he doesn’t see in himself what others do. He is constantly searching but only needs to look inside himself to find the answers that lie within him. It’s cheesy, but I feel like we were meant to meet each other. I feel like we are mates who make each other better. Playing Simba has made me reflect a lot, and at times, different scenes give me different revelations, even after 900 shows. I think I challenge him to go deeper in discovering himself and his inner King. I’ve made him my own by using my own truths, and I align them with Simba’s truth. From night to night, the script is the same, but because of the emotional undertone I bring to the character, Simba’s expressions and emotional levels will vary. I also use the grace and elegance in Samoan movement to compliment the puppetry and mask work.”

What are your plans beyond The Lion King? Do you have any other dream roles?

“I have just seen Les Miserables and fell in love with the show. I was totally blown away by the incredible cast and beautiful story. I would love to play Marius or Enjolras one day.”

What advice would you give to others out there harbouring a dream to play Simba?

“Work hard and believe in what you’re doing, enjoy it and tell the story. Follow direction. Don’t model a Simba off my performance, or Jason Raize or Andile Gumbi — read the script and ask yourself, how can I bring this character to life, and how can I connect with his story?”

Photo (top): Nicholas Afoa (Simba) in Disney’s The Lion King at the Lyceum Theatre in London. Photo by Disney.