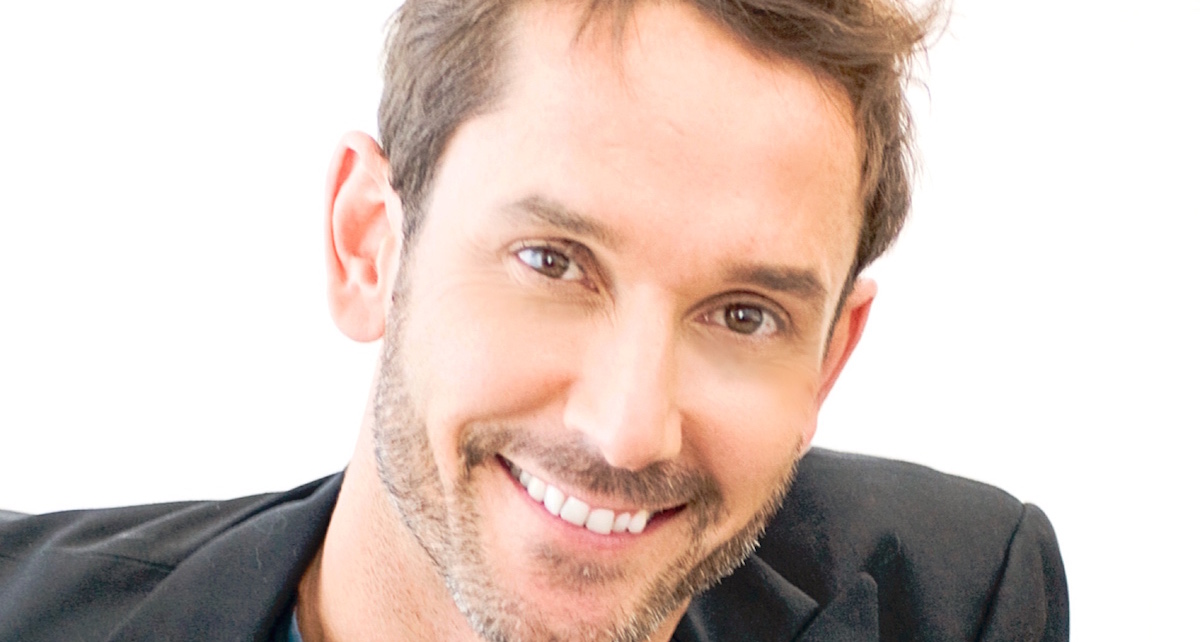 He’s one of the country’s most accomplished male ballet dancers, although many Australian audience members may have never heard of him. That’s because Damian Smith has spent the last two-and-a-half decades making a name for himself in the USA.

Having recently retired from the prestigious San Francisco Ballet, Smith visited his home country this year to perform in The Australian Ballet’s Symphony in C programme. During this time, he spoke to Dance Informa about his illustrious career so far and his plans for the future.

Smith was just 16 when he left Australia’s McDonald College to train at the School of American Ballet in New York. Equal parts overwhelmed and excited, his first reaction was to liken everything to TV shows. “’Oh my goodness that’s like The Cosby Show, that’s like Sesame Street‘,” he laughs. “Because it was exactly like what you expected: big buildings, lots of yellow cabs, lots of people, hustle and bustle, and smoke coming out of the streets.”

Smith went on to dance with some of the world’s best ballet companies, including Ballet Du Nord, New York City Ballet, The Royal Ballet, The Dutch National Ballet, Hong Kong Ballet, Hamburg Ballet and Boston Ballet. It was in 1996 that he joined the San Francisco Ballet, becoming a principal dancer in 2001 and holding that position until his retirement last year.

Although of course his retirement came with mixed emotions, it was not a decision Smith agonised over. “I wasn’t so concerned about what I was walking away from; I felt like I was graduating in a way,” he explains.

Having “crossed all my Ts and dotted all my Is”, Smith acknowledges that he had years to prepare for the idea of retirement, and felt supported by past and present company members. “They had given me everything they had to offer me, and I them, and so it was time to move on,” he says. “It wasn’t like, ‘Oh, I’m old, I can’t do it any more, but I wish I could, I’ve got to retire.’ It was like, ‘Okay, I’m done, you’ve fed me everything you have to feed me, I’m full, thank you, now I can move on.’”

The dancer was well-known and respected for his versatility, and particularly for his skills as a partner, something which he agrees was his strength.

“I just loved partnering,” he says. “I really enjoyed dancing with a ballerina more than doing solo work. There’s so much more you can achieve with two, rather than just on your own. It was nice to have that responsibility to make the ballerina happy. If she was happy, I’d done my job. That was the number one priority.”

Perhaps the most significant partnership of his career was with the ballerina Yuan Yuan Tan, with whom he danced for 18 years. The pair became something of a favourite with choreographers, an experience which Smith says helped to deepen their connection even further.

“When it’s a creation, you get to explore and incorporate more of your interpretation, and through that experience we got to know each other a lot better and develop that trust,” Smith shares. “First and foremost, [partnering] is all about trust. It blossomed from there.”

With such a solid reputation as a partner, Smith has much wisdom to pass on to young male dancers, and stresses the importance of listening and working together.

“It’s not about who’s wrong or right, it’s about coming to an agreement and solution,” he states. “Being a ballet dancer, partnering is 50 percent or more of the job requirement, and a lot of people neglect to realise that and focus only on their technique. But you have to be able to partner to be a principal dancer.”

He also reminds us not to take things too seriously, saying “it’s only ballet”. With so much pressure put on dancers – especially by ourselves — it’s important to take a step back from our own stories when we can. “I learned how to consider other people, what they’re going through,” Smith says. “It made me not the centre of my own universe all the time. I learned how to take a vacation from myself.”

With his next big goal to be artistic director of a company, Smith currently has his fingers – and toes – in several creative projects. He’s choreographed a short film, is working on a dance t-shirt line, is building his teaching business, and has been experimenting with visual art in innovative ways. Some of his paintings are created with the feet, recording the patterns drawn on the floor during a ballet barre, capturing something tangible of the dancer’s daily ritual.

In another series of artworks, he has collaborated with six ballerinas in six companies in six countries. With paint on his hands, he partnered the ballerinas, painting their costumes, which were then unravelled into canvasses. The aim of the project is to express the intricacies of partnering from the male perspective. The process has also been documented for a film called The Invisible Man, which aims to shed light on the often unseen work of the male dancer.

“If [the man] partners well and is not really being noticed, then he’s done his job well,” explains Smith. “While the partnering choreography is occurring, there’s so much detail going on between the two of them, and that’s what I’m trying to share with the public.”

As he closes the chapter on a truly inspirational stage career, the artist continues to explore and create new and unique worlds. So, what would he say to that bright-eyed 16-year-old from New South Wales, standing in Times Square for the first time nearly 30 years ago?

“That’s a hard question, but I guess I’d tell him to live in the moment, to be present,” says Smith. “I don’t have any regrets. If I was to regret something, it would be to not learn from my mistakes, but I feel I achieved more than I ever expected to, so I feel blessed, and very grateful.”