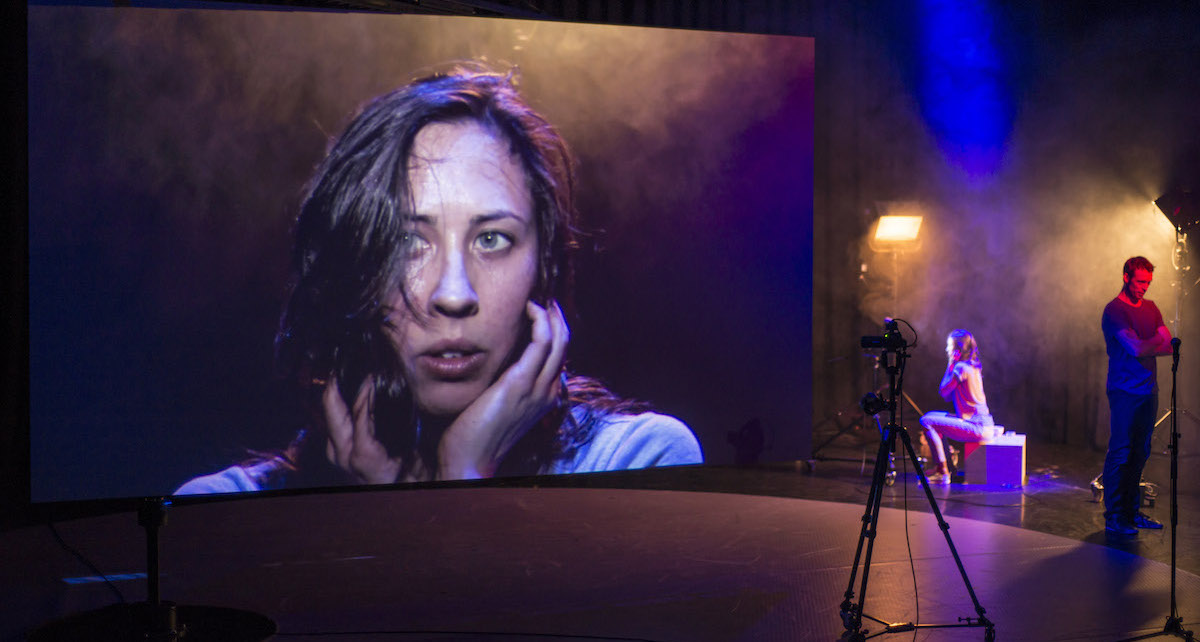 These and other questions are typical of those grappling with the notion of identity. Although these are not new or unique enquiries, they have perhaps gained a sharper, more urgent edge in the accelerated frenzy of the media rich environment we have lately created for ourselves.

With Chunky Move’s Lucid, choreographer Anouk van Dijk has tried to create a space where internal monologue and external influence continually crash and morph. By having her two performers (dancer Lauren Langlois and actor Stephen Phillips) work under constant video surveillance, and indeed play to the many cameras, she sets up a feedback loop that both beguiles and fudges our focus.

The result of the live body/screen body split is not simply the division of the audience’s attention but also a direct challenge to choose which body to look more closely at. In some ways, this is confronting, especially since many of us may well end up being drawn, moth-like, to the artfully contained two-dimensional beauty of the screen, as opposed to the sweating, physical presence of the 3D human beings.

Although the “video in dance” thing is not exactly new, Lucid employs it far more cleverly than most. The revolving screen continually adjusts the visual pitch of the piece, and both Langlois and Phillips play with the device well.

As is often the case when text enters into dance, however, there is a lurch into narrative territory; and in Lucid, several strands of story are opened up without ever being satisfactorily concluded. Then again, perhaps these fragmentary tales are part of the point, key to the idea that identity is a multiple reality, a composite of influences, desires and circumstance.

To look at, Lucid is more like movement theatre than anything else. Van Dijk’s choreography has no pretty frills. Neither is it athletic or robustly physical. Instead, we are watching a kind of dream – disturbing perhaps, but one with fuzzy edges and overlapping realities.

Therefore, despite its obvious intellectual underpinnings and often stark staging tricks, Chunky Move’s latest foray ends up having an almost reassuringly emotional quality. Whoever I am, and whatever that means, the fact remains that I navigate the world in a fragile vessel and through a solitary prism. By immersing its two ships of skin and bone in a swirling sea of representation, Lucid mimics both our disorientation and our fascination with the colour and noise of a world that thinks it knows who we really are.