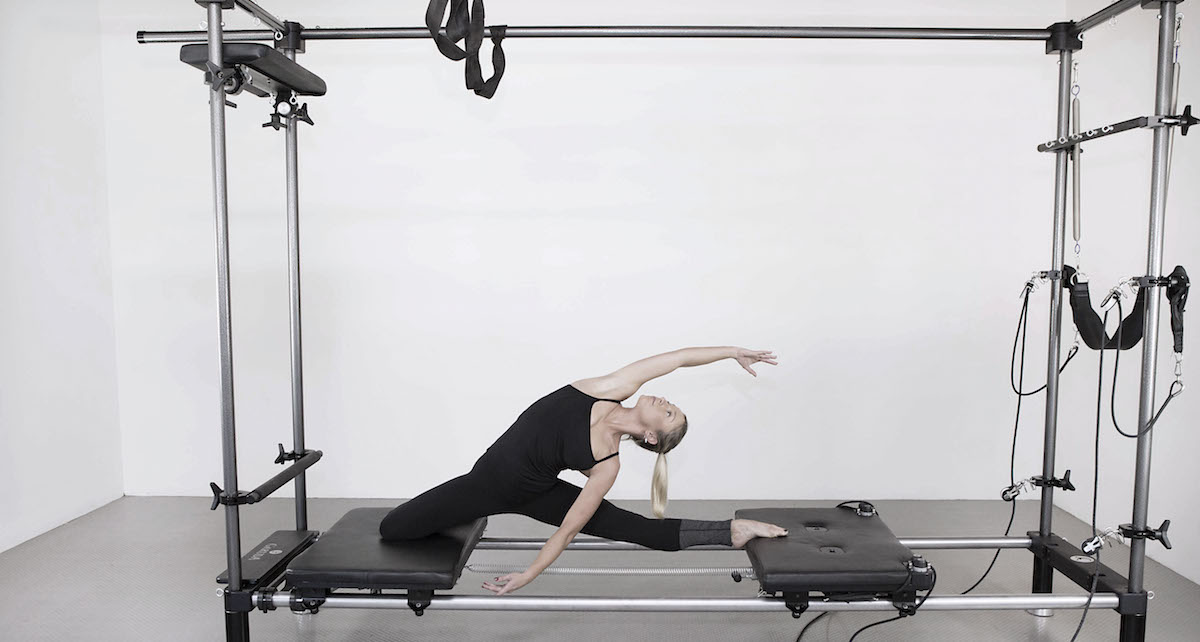 Pilates has long been recognised as a dancer’s best friend. Almost every top ballet company and school in the world includes it as part of their training, for injury prevention, rehabilitation and general conditioning. But there’s another player in the field, one that you might not have heard of yet – and you’re going to love it.

It’s called Garuda, and it’s complementary to Pilates, and therefore to your dance training. Sticking with the principles of Pilates, Gardua takes the repertoire and ideology of a trusted method one step further. 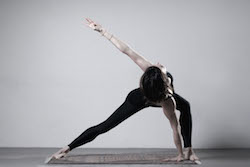 Just like Pilates, Garuda can be performed on machines or through a series of matwork exercises. It focuses on strength, flexibility, coordination, endurance and increasing range of motion within muscle and joints.

Developed by James D’Silva, Garuda is not just another exercise “fad” but a carefully developed system drawing on D’Silva’s unique and varied experience.

Born and raised in Goa, India, D’Silva trained in classical and contemporary dance in the UK, before working as a dancer, choreographer and teacher all over Europe and the USA. Eventually, he opened his own Pilates studio in London and for the past decade has become well-established among his many devoted clients.

Throughout his career, D’Silva used Pilates, yoga and body conditioning as part of his training routine and has been on a constant journey for information on the body/mind connection. Over the years, he has incorporated ideas from Gyrotonic, Feldenkrais, Tai Chi and Alexander Technique to develop his own system of movement and exercise, which is unique, holistic and integrated style.

The philosophy behind Gardua focuses on breath, rhythm, flow and the idea of relaxation within movement. The resulting exercise regime strengthens and tones muscles, develops coordination, increases flexibility, improves structural fitness and promotes a meditative sense of calm. 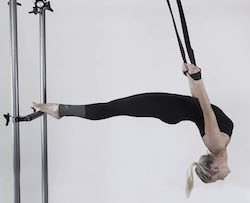 “Having studied a lot of the different systems of movement and having had plenty of injuries myself, I decided to bring in work that mattered to a recovering body that could then be pushed to find its athletic form,” explains D’Silva.

“The work had to have the principles of rhythm and flow,” he adds. “Defining where the movement started and ended. Paying a special attention to the transitions was a very integral part of this technique. Athletic as a practice can be, a definite sense of mindfulness, awareness and introspection are constantly part of this work. Garuda is a definite spiritual practice.”

Garuda incorporates a matwork sequence, barre and a versatile and multifunctional exercise apparatus, which offers a seemingly endless range of exercise options. It promotes a new and improved way to isolate muscle groups. The specialised movements are broken down into targeted motions hugely beneficial for those following sports-specific training, such as dance, or undergoing a personalised rehabilitation programme.

The result? A stronger, leaner body, improved posture and ease of movement in everyday life. With continuous flow in each exercise series, it also provides a cardiovascular workout. And on top of all this, it focuses the mind, combining relaxation with exercise.

Anna Tetlow is a Pilates specialist based in North Fitzroy, Melbourne. She incorporates Garuda, amongst other practices, into her unique blend of movement therapy. A graduate of the Royal Ballet School and a former dancer with some of the world’s best companies (including the Royal Ballet, Birmingham Royal Ballet and Scottish Ballet), Tetlow is more than qualified to specialise in treating dancers. She worked closely with D’Silva and was one of the first qualified Garuda teachers. 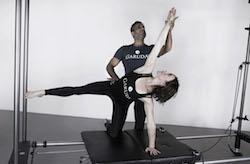 Dancers sing the benefits of Garuda for their practice. Hooman Ebadi is a dancesport dancer who, along with his partner Dalena Leggieri, has been training regularly at Anna Tetlow Pilates.

“The improved awareness of what muscles to use for our movement and also the conditioning is making things that we couldn’t do before achievable,” says Ebadi.

He goes on to list the following benefits of the practice:

— understanding where to activate for movement instead of just pushing
— multi-directional stretch, which is so important for Latin American dancesport
— awareness of activating core as opposed to tensing rectus abdominus
— awareness of hamstring activation, important in rumba and samba walk actions
— use of upper back muscles is improved, which means less neck injuries
— one-leg stability by using vastus medialus
— spiral rotation in arms, which is so great for developing lines and tone in the body, resulting in a better dance frame – important for connection in partner dancing

“Garuda deconstructs movement and very organically puts it back together,” D’Silva explains. “You’re constantly working with length and strength out of the joints. Alignment and precision of movement are paramount to the work. Rhythm and flow give it its dance-like quality. All the different aspects of Garuda barre, matwork, apparatus and the props make a dancer a full-fledged performer.”

Have a look at this Garuda matwork video to get an idea of the style!