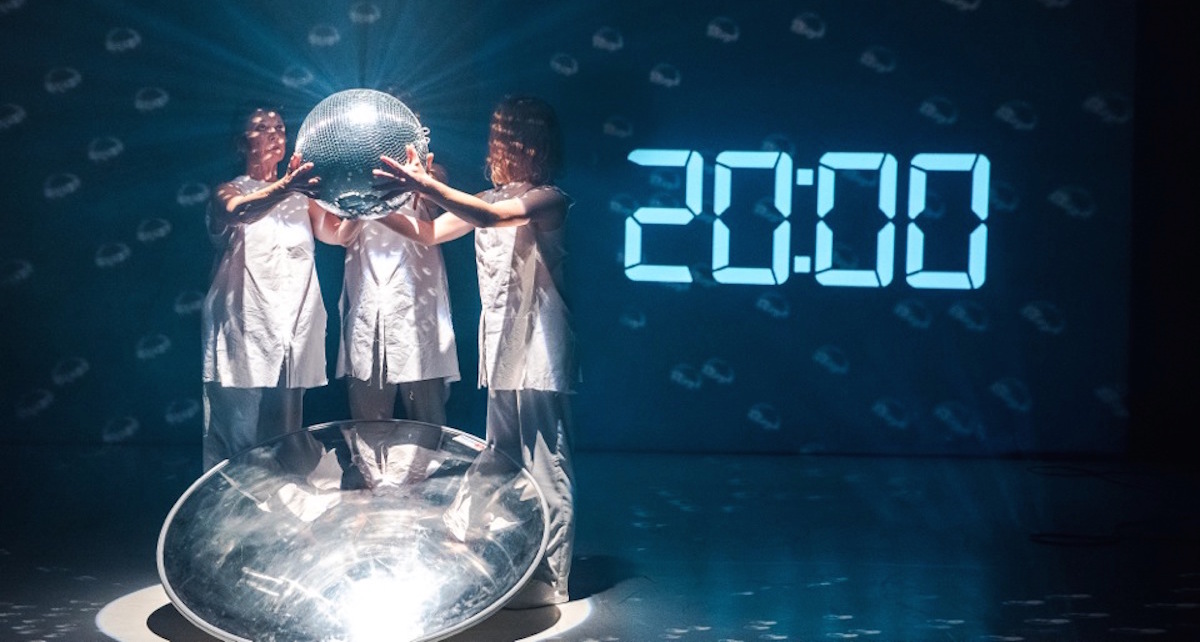 Sydney was privileged to have Carriageworks host the 2016 Keir Choreographic Awards. This year’s selection of finalists featured four strong, dynamic and challenging works displaying a range of styles. Ideas ranged from the history of dance to introspection and self-analysis, the environment and a futuristic sci-fi work, and four short, sharp works that made you think.

The opening work, Rebecca Jensen’s Explorer, apparently “investigates the ever-expanding potential offered by the rapidly shifting digital world and how this has transformed the perceived limitations of the body”. It was strange, unsettling and quite futuristic, and didn’t really make sense. The electronic soundscape, crashing, throbbing and pulsating, was somewhat overwhelming at times.

The choreography and performances were excellent, however, with some fiendishly difficult acrobatic choreography and demanding lifts. At one point, a dancer walks up a wall supported by another. There are some exuberant runs and some wonderful sculptural balances, almost flying. A leaf blower is used at the start to awaken the two dancers in white hidden under a dustsheet, allusions to Frankenstein’s Creature and perhaps new life? The work, however, raises many unanswered questions, including, “Why were the performers sometimes masked, sometimes not?” and “Who or what was the dappled/speckled creature?”

‘Fragments of Malungoka Women of the Sea’, choreographed by Ghenoa Gela. Photo by Gregory Lorenzutti for Dancehouse.

The three performers hold mask-like outlines of Torres Strait Islander headdresses by their mouths, and they wear black leotards with stringy black leggings. UV lighting and wireless live feed with real-time visual image manipulation is included, and much is also made of the use of shadows. At times, the dancers were like startled animals; at others, they used long, birdlike stretched arms. Toward the end, there was a wonderful sculptural cascading/entwining trio with enfolding arms and a gentle touch on the shoulder.

It’s All In MY Veins by Martin Hansen attempts to analyze what is dance and looks at dance history, analyzing the philosophy of performance. Selected fragments of seminal works by legendary choreographers throughout dance history have been selected: for example, Isadora Duncan, Anna Pavlova in Mikhail Fokine’s The Dying Swan, Vaslav Nijinsky’s Afternoon of a Faun, and works from Mary Wigman taking us through to Pina Bausch and Anna Teresa de Keersmaeker. Their iconic choreography is examined and reinterpreted. The dancers are always coolly neutral, and there is much use of repetition of a choreographic snippet or a word.

‘If It’s All in My Viens’, choreographed by Martin Hansen. Photo by Gregory Lorenzutti for Dancehouse.

The setting is sparse and neutral, the dancers dressed in what looks sort of like grey and white safety-pinned hospital gowns and trousers. There is much use of digital/video technology, and six black chairs are utilized stark against the white. A digital clock suddenly counts down at different speeds from 100. The performance consists mostly of solos for each fragment of iconic pieces, but there is some ensemble work, such as the Laban segment and the opening and closing chanting of “This is a simulation”, and clicking in rhythm, which is perhaps very Yvonne Rainer.

Reflective and introspective, Sarah Aiken’s Tools for Personal Expansion, again incorporated the use of digital technology. Choreographically, it was perhaps influenced by Merce Cunningham, and it also included backward slides and rather feline crawls, and requires the use of a very flexible back. Again, similar to the other three works, there is use of repetition in both choreographic snippets and speech — here the sped up/slowed down/fast forwarded and indicated yet eliminated.

The three dancers were in various shades of pink or mauve, and very effective use is made of shadows. Quite a chunk of the work consists of two of the three performers being photographed by the other, creating sculptural forms when they roll over each other, but also the recorded digital image is extra stretched and elongated, with close-ups of the hands and fingers.

The audience is included as the microphone is passed around, all of us saying, “Sarah Aiken”, eventually repeated and fragmented and morphed. At the conclusion, one of the audience members is touched by a dancer’s hand at the end of an extra long arm. The work brings about an intriguing reflection on self-analysis and possible expansion.

Photo (top): ‘If It’s All in My Viens’, choreographed by Martin Hansen. Photo by Gregory Lorenzutti for Dancehouse.