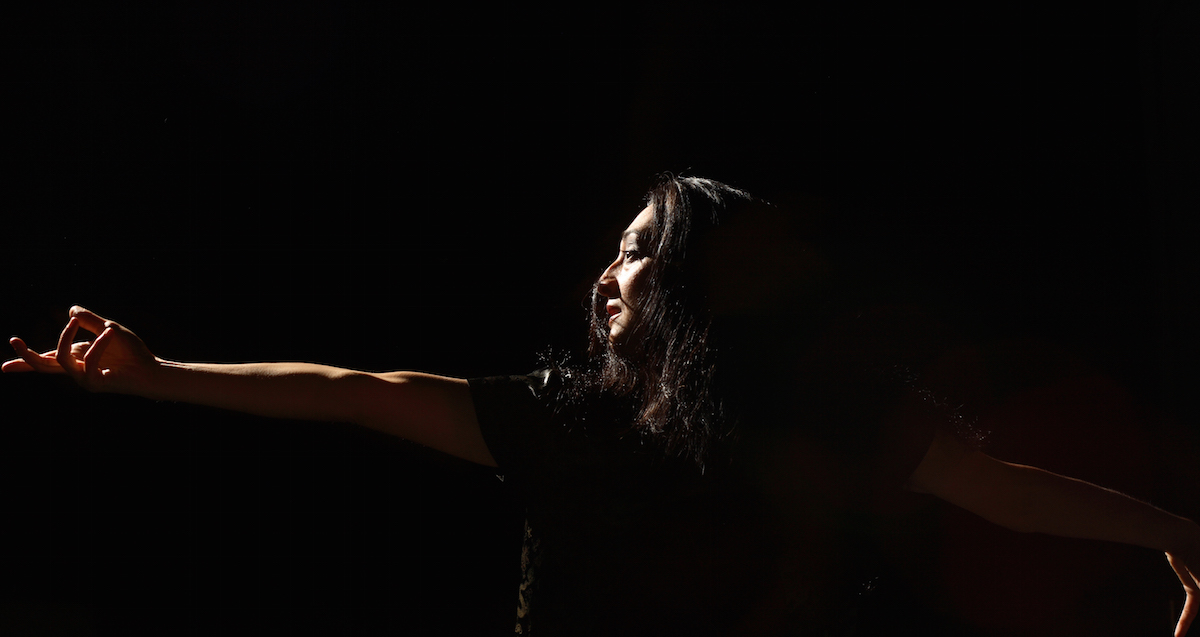 The shifting and symbiotic relationship of tradition and progress in dance vexes many a critic, choreographer and performer, especially where it concerns the more established folk and “national” forms.

As exciting and vibrant as it is to dance or spectate, flamenco is no different, continually reinventing new pathways whilst reconnecting with its roots. Thus, when two of Australia’s finest exponents take to the stage in May for a double bill of antipodean flamenco, that beautifully volatile fission/fusion of past/present will burn bright once again.

The teaming of Annalouise Paul and Pepa Molina on the one ticket (Forge & Bush Bailando) will be an Australian first and represents a great opportunity for flamenco fans to see the form pushing against the frontiers of historical and geographic constraint. Having just returned from a major festival in Spain, the former is quick to note, “The major artists are all pushing forward in this way, and so in a sense what we’re doing is what’s happening in Spain. It’s not ‘mothball culture’. Flamenco is not hermetically sealed, and it’s moving forward all the time.”

For Molina however, flamenco is in the blood. Born in Granada in Andalusia, the spiritual capital of flamenco, she was surrounded in it until she arrived in Australia as a nine-year-old immigrant. “It was something that was just like a second language, and upon coming to Australia I started to want to dance,” she explains. “You know, it was something that was natural and was linking back to my heritage.”

That said, flamenco has always existed in the now for Molina. “I’m a person who likes to explore different things, not just stay on the safe and traditional side,” she says. “I’ve lived, breathed and worked with flamenco in a contemporary setting but also in a traditional setting because the way that flamenco is carried in life there’s really two sort of virtual roads. My work has always wanted to tap into that.”

Paul, meanwhile, came to flamenco (and indeed dance) relatively late, having had no formal training at all until she was 19. It was only a year after that that she saw an ad for flamenco classes and went along. “But then it wasn’t until I got to 40 that I literally understood what my ancestry was and what my connection was,” she adds. “I was actually creating a work about a Spanish queen, Isabel, who conquered Granada in 1492, and through that I got to meet my aunt, who I’d not seen for 30 odd years, and she just announced to me that we were Sephardic Jews and that we were kicked out of Granada in 1492.”

Deep ancestral links notwithstanding, Paul is looking to nudge the edges with her new work, Forge. “In this work, I’m actually deconstructing what it is for myself,” she states, “so that it’s not just an intuitive thing. It’s like I can look at all the little pieces on the floor and then reconstruct them. So in a sense, that’s really what Forge is, a forging together of these two things in a really understood way.”

Aside from flamenco, Paul is also a contemporary choreographer, and although Forge is an attempt at deconstructing the links between the two, their relationship is normally more unconscious. “My practise is what I call bilingual,” she declares. “Both contemporary dance and flamenco have been existing in my body for as long as I’ve been dancing. So for me, it’s not really about how I bring those two things together; it just happens organically.”

Likewise, Molina’s practise has a strong intuitive/emotional underpinning. As she explains, “It’s just something natural to explore flamenco in a contemporary context. It’s like, how does my personal flamenco language sit within an Australian landscape?”

Living as they do in the multi-ethnic expanse of western Sydney, both Molina and Paul are able to look at the artform and their individual practise through the prism of the migrant experience. “Flamenco, like Australia, is a mix of different cultures,” Paul muses. “It’s not Spanish per se; it’s Gypsy, Arabic, Cuban, Christian. Whilst it comes from and is the tradition of Andalusia, the parallel of flamenco as an artform and how it evolved is to me a reminder of where Australia can be. You know, we have a very diverse bunch of cultures here, but there’s an identity that is forming right now in this time and if we don’t embrace that then we are stuck, we are not remaining contemporary as a nation.”

To this end, the Riverside Theatres in Paramatta will host Forge & Bush Bailando as a showcase of the living, breathing, evolving flamenco, as a centuries-old Andalusian form re-imagined in modern Australia. According to Molina, “It’s exciting because we’re both reasonably in tune with what’s happening today in flamenco dance, and I guess it’s important that we make that connection between flamenco and contemporary here in Australia because it’s really a first.”

Despite all the reinventing, however, one thing will remain unchanged, and Molina is very clear about what that is. “You can’t hide in flamenco,” she says. “It’s all there. You can see if it’s real.”