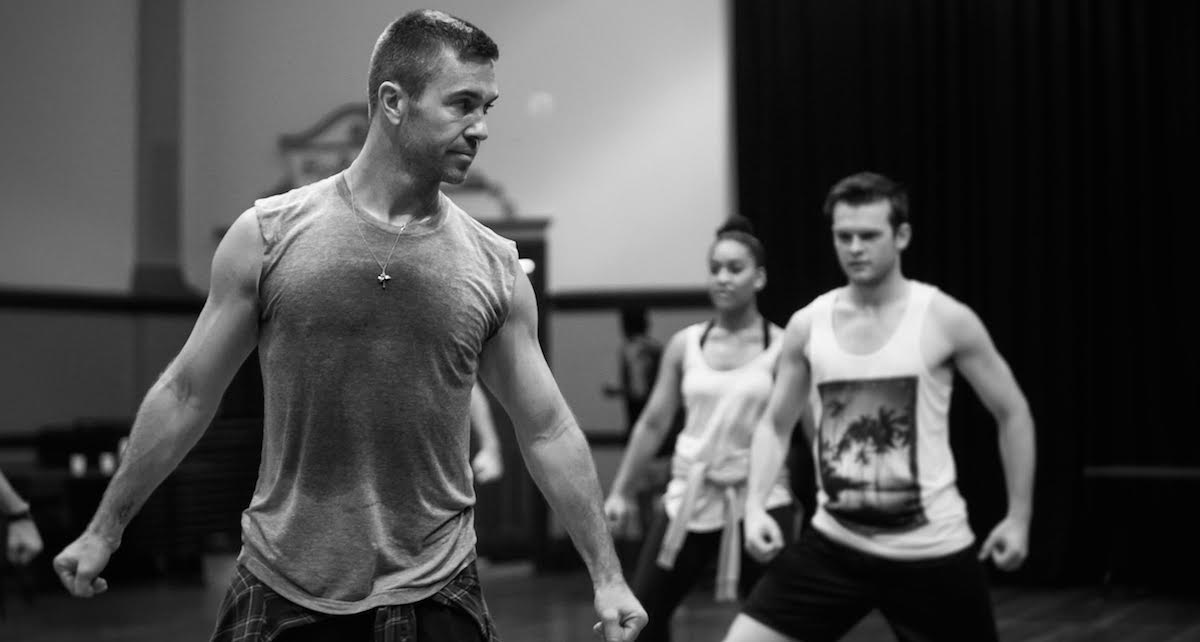 Based on the Oscar-winning film of the same name, Ghost the Musical is now premiering in Sydney for the very first time, after a highly successful stint in Melbourne.

Ghost The Musical, tells the iconic love story of Sam (Rob Mills) and Molly (Jemma Rix). The young couple’s relationship takes a turn for the worst, with Sam’s untimely death. Sam, refusing to leave Molly when he hears of the grave danger he’s in, is desperate to communicate with her. He turns to a storefront psychic, Oda Mae Brown, who helps him protect Molly and ultimately avenge his death.

The wonderful thing about Ghost the Musical travelling to Sydney is the return of highly accomplished Australian choreographer, Ashley Wallen. Wallen has had an impressive career to date, working with the likes of the Sugababes, Will Young, Mariah Carey and our own Aussie export, Kylie Minogue. What’s it like to work alongside Minogue? “Kylie has taught me so much,” Wallen shares. “She’s an incredibly hardworking artist, who brings her best, every time. She’s always willing to add in her thoughts as to what will work well.”

Having spent more than 15 years working in London, it’s a bittersweet experience for Wallen to return home, as he “misses Australia and the lifestyle”, he says.

“I absolutely love the movie,” Wallen says of Ghost. “I’m obsessed with it. It’s been great to be able to come home and work on such a project, with a talented team.”

As for that team, Wallen has only positive things to say of the cast. “The dancers are extremely talented, and very diverse in what they offer,” he explains. “Some are the best that I’ve worked with.”

Having spent time travelling around the world, Wallen shares how the Australian standard of dance is “well up there”. “Obviously places like Broadway are on a much larger scale, but there’s no reason why a talented Australian dancer can’t make it there, too,” he adds. “Australians are renowned for their incredible work ethic.”

Sydneysiders will be in for a treat. “Ghost is a beautiful love story,” says Wallen. “The entire team has done such a great job of bringing this tale to life.”

Ghost the Musical just opened at Theatre Royal, Sydney. It will head to Perth on May 21st to play at Crown Theatre.