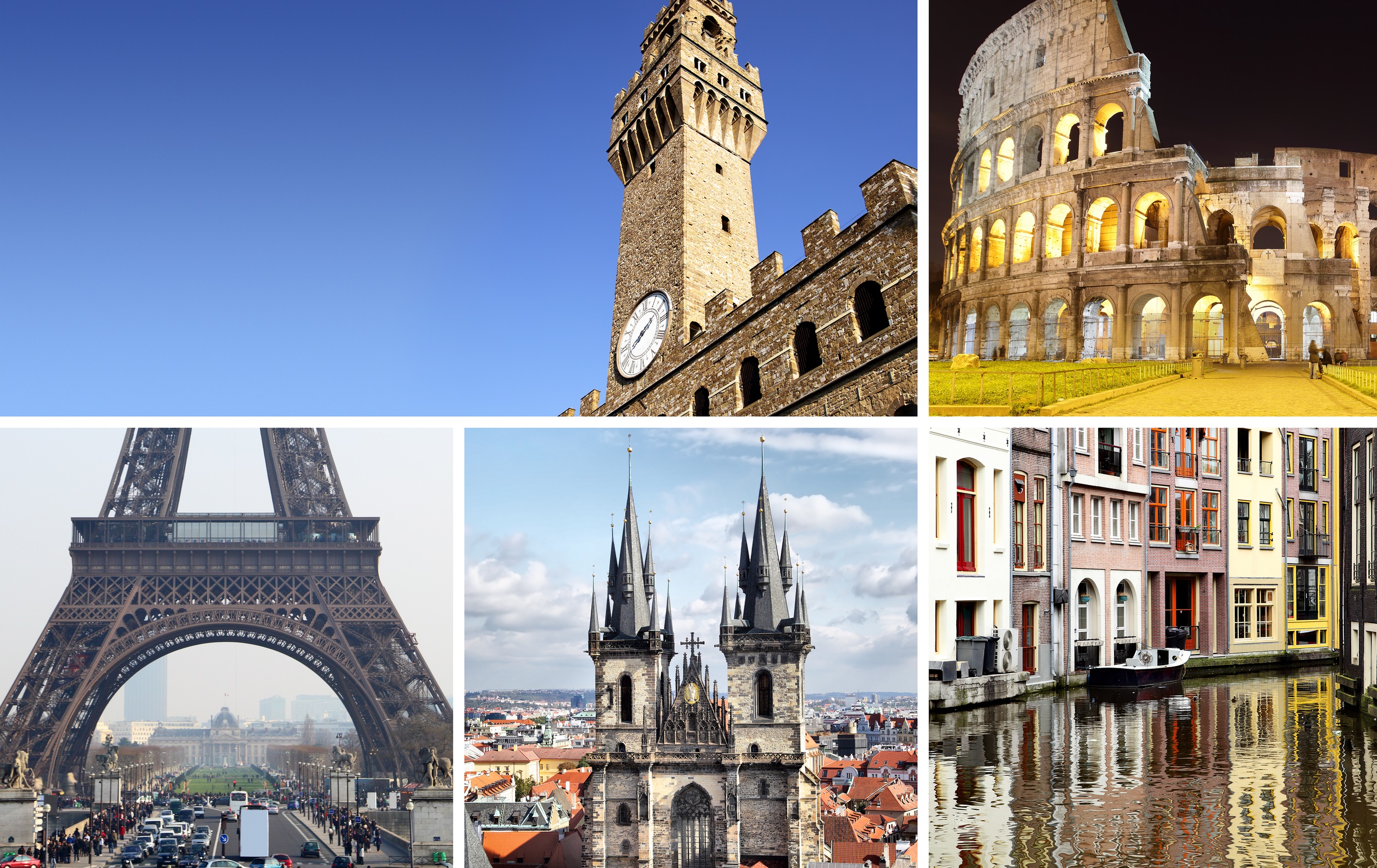 A self-described dreamy kid who grew up in California, Daisy Ransom Phillips wanted to be a writer, an activist, an anthropologist, an architect and an acrobat. But she found her calling in dance.

After studying with Berkeley Ballet Theater and Ballet Geneva, today she’s creating work with, amongst others, Alain Platel and Les Ballets C de la B in Brussels. Here, she talks to Dance Informa about her experience auditioning and working in Europe.

Daisy, what made you decide to audition in Europe?

“I moved to Europe at 18, not even really realizing that the dance scene in Europe was at all different from that of the U.S. I just knew I wanted to keep dancing. I had applied to several university dance programs in the United States and was accepted to nearly every one, but on closer inspection none of these programs inspired much faith in me. There was one school in London that seemed pretty good from their brochure. Nowadays, of course, it’s possible to do a lot of research online, but in 2001 the information available was pretty bare-bones. In any case, I had never really travelled, and as it was a whole lot cheaper than any American university, it struck me as (at the very least) an excellent chance to see a bit of the world.

In the end, the school was not really for me, but being in London gave me the chance to see performance after performance from mainland Europe. Everything that came to Sadler’s Wells, I was there in the last-minute line. I went to The Barbican, The Royal Opera, The Place; I went to see plays and concerts, anything I could get into cheap or free. In a way, I was auditioning the world – learning what was possible, what interested me, what I could create, where I might fit in.”

Your biography really expresses a whimsical and playful person. How does this translate when you are auditioning? What do you do with that whimsical self when in the context of an audition?

“I’ll recount just one audition experience. It was early 2011 and, although I’d already done several projects that I’d loved, I was having a lot of trouble finding more work. The thing about freelancing is that there are no guarantees, and in that moment I’d been feeling uninspired and depressed. I didn’t feel like I could create my own work in that state and was entertaining fantasies of moving to Berlin. Moving is, at the very least, something to do!

I had applied for an audition with Alain Platel, director of Les Ballets C de la B. His and the company’s work had been pivotal in informing my artistic taste, helping sculpt my very dreams. He was something of a legend to me, and I felt extremely intimidated.

I was invited to the audition, but until the very last minute thought I might not go because auditioning is bad enough for someone like me without being depressed and intimidated on top of it. I thought to myself, ‘If I’ve auditioned for 100 other jobs and not been hired, why on earth would I think that this time will be different?’

When I walked into the room, however, it was clear that something different was going on. First of all, we were only 25 participants that day (only 50 had been invited, as I discovered later). I say participants because it really felt more like a workshop than an audition. The atmosphere, presided over by the generous and calm spirit of Alain, was convivial, excited rather than nervous, mutually supportive. I almost managed to forget I was in an audition.

Two weeks later, I was performing in Texas when I got an email from Alain. He wanted to work with me.

That project ended up being one of the most important, and most epic, I’ve ever done. One of the most beautiful things about Alain’s work is that it requires people to be themselves, to be different from one another, and to be generous. What I felt from the moment I walked into the audition – appreciation and respect for each of us as individuals – is central to the way we create together in this company.”

What do you think makes people stand out in auditions?

“I have done many, many auditions… and have been fortunate to have had a wonderful career so far… but there’s not much correlation between the two. In fact, only once in my whole career have I gotten a job from an audition! I auditioned for many companies all over Western Europe. I often reached the end, getting my hopes up for the final selection, but I was never among the one or two chosen. Sometimes I was given reasons (I was too shy, too inexperienced, didn’t fit the existing group…), but more often I wasn’t told why. I wished so badly that I was skinnier, taller, flashier, bolder. Only later I realized that while these things might well have helped me get a job sooner, they would not have helped me find the place or the people that were right for me.

Of course, that’s cold comfort when you’re living on a student budget trying to decide which auditions are worth the price of the overnight trains and youth hostels, and feeling more discouraged with each go-round… To top it off, I was often told, especially by my teachers and directors, that I wasn’t the auditioning type, that I probably wouldn’t ever get work that way. But of course, it’s not so easy to find alternate avenues, especially as a student. All I could really think of to do was just keep working hard and keep auditioning and try not to let it get me down.”

How do you prepare for auditions?

“It took me a few years of being active in the professional world to realize, but the most important things I learned during those final years of my education had almost nothing to do with my efforts to be the perfect auditioner.

I learned to collaborate, to bring in my ideas, and to measure how they bounced off the ideas and personalities of those I was working with. I began in earnest to search for what I had to offer as an artist. Of course, I worked on my technique, versatility, physicality, but also on being more than just a ready body for someone else’s idea. The real chase was for the significantly more elusive goal of finding my own artistic identity. That’s not to say I found it and fixed it in place; what I discovered instead was the pleasure of the search. Each person and group I’ve worked with, until today, has brought out different strengths and illuminated different weaknesses in me as dancer, coworker and creator. My identity gets both stronger and more fluid with each new collaboration.

Just as important as this self-involved research, however, has been the lifelong practice of being curious about others. Not in the sense of taking inspiration, though that is of course important, but in the sense of appreciating what others have that’s different from me. Being curious about the way other artists, and non-artists, think. Some of my most fruitful, nourishing collaborations began when I went up to people I’d met in classes or workshops and asked them about themselves. I started a conversation with a woman I’d seen in an open class in San Francisco, complimenting her striking use of focus, and she ended up becoming a sort of mentor, inviting me to join a project she’d been planning and, in the process, giving me an education about improvised performance which has informed everything I’ve done since then.”

Have you had knockbacks? What are your strategies for getting past the knockback?

“This may sound strange, but if I could do it over, I would still go to those auditions. As many as I could. While they could be immensely discouraging, they also gave me a glimpse of the professional world – the work that was being made; the dancers who were working and those who were, like me, searching for their place. I met people while attending auditions who became friends, coworkers and collaborators.

I started working freelance and just kept going, from project to project, with so many beautiful encounters along the way. I have had dry spells, wherein I start to fear that I’ll never work again. But much more often, the struggle is the opposite, when the calendars of three or four projects overlap in the most infuriating way. If I had made a list, many years ago, of every director with whom I dreamed of working, I would have checked off almost all the boxes by now. Equally nourishing, challenging and important, however, have been the many projects I’ve done with artists previously unknown to me, encountered by chance or through friendship, drawn together by affinity and without expectations. The lives of freelancers can be chaotic, it’s true… but I feel so fortunate, literally every day, for the life I’m able to lead.

Essentially, my audition advice is this: Audition. Do your research. Find out where work is being made that you admire and get yourself close to it, even if it’s only for the day of the audition. But even more importantly, be curious, be a good colleague, be a good friend, be supportive of and interested in other artists, care deeply about what you do. Be open to newness, and keep your enthusiasm always. If it’s that important to you, then it doesn’t have to come easily.

Also, the first thing you try is never going to be the most interesting, so be grateful for the failures. I mean that seriously: I give thanks every day that I didn’t end up comfortable in a prestigious but uninteresting company. I’m so lucky to have never quite fit the bill, and been forced to search for, and often forge, alternate paths. If you’re not offered a chance to do what you want, create the chance yourself. Make things, ask friends to join you. It’s not up to anyone else to tell you you can be a dancer.”

Find out more about Ballet C de La B and Alain Patel at lesballetscdela.be.