When Tasdance announced the name of its new artistic director, it represented a significant changing of the guard. Felicity Bott was stepping into the shoes of Annie Greig, who had held the position for 18 years. Greig was born and bred in Tasmania and built a company that focuses on developing and training local talent — “a strong training ground for emerging dancers, choreographers and rehearsal directors.”

For Bott, originally from Western Australia, this opportunity represented a chance to undertake a more creative role whilst continuing to promote dance advocacy. 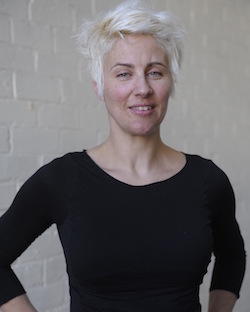 We caught up with Bott, who was in the midst of preparing some “kick arse” funding applications for the Australian Council. First impressions told me that this was one excited and energetic young woman bursting with ideas and ready to sink her teeth into the role. We discussed her impressions of Tasdance‘s heritage and how she sees its future evolving.

Having decided in January 2015 to apply for the position, Bott was looking forward to the opportunity to be once again in a creative role. “I had just started journaling again when a friend mentioned that Tasdance was looking to recruit a new artistic director,” she recalls. “I decided in January to apply, and by the time the role went to market I already had 10 to 12 new ideas!”

Bott’s CV includes both creative and administrative roles, most notably her time as the Artistic Director of Buzz Dance Company from late 2003 to 2009. Prior to joining Tasdance, Bott gained recognition in her role as Ausdance WA Director, advocating the inclusion of dance in the wider public domain. She was awarded the Australian Dance Award for Outstanding Achievement in Dance Education for her drive to include “The Arts Dance” component in the Australian curriculum.

It is clear from the outset that her family is primary, and part of the attraction to this new role was its timing in relation to her son. “The opportunity paralleled perfectly with my son turning five,” Bott says. “I felt I had more headspace and time to commit to such a position.” The family decided to make the drive from Perth to Launceston, as Bott explains, “We wanted to feel the distance.”

She is enjoying the discovery process — discovery of Tasmania, Launceston, Tasdance and the part she will play as artistic director. During our discussion, Bott turns the tables to ask me a question: “Have you ever been here to Tasdance? The environment here is amazing!”

Her awareness of environment is striking, as is her belief in the impact an environment can have on creativity and inspiration. On arriving at Tasdance, Bott was immediately entranced by the old building in idyllic surroundings, with its beautiful heritage gardens.

“The 1930s rehearsal studio has an entire wall of windows overlooking the gardens,” she describes. This idyllic space has become part of the company’s identity and is an ideal place for visiting dancers and creators to retreat, recharge and create. 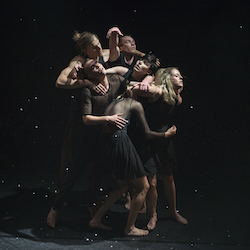 This is Bott’s fifth not-for-profit organisation, so while she recognises her desire to undertake creative projects, she is also aware of the constant tension between administration demands and creative practice.

“I’m further along in my career now and determined to quarantine some creative time into my weekly schedule – this has been negotiated into my contract,” she says. “Annie focussed on curating, programming, commissioning. I’d like to be able to step away from the strategic and administrative work from time to time.

“This week,” she continues, “I took the dancers’ class, and it was good to feel that energy in the studio…also to stop being word-based and share that commonality which is shared amongst dancers – strong body awareness.”

Beyond the immediate environment, Bott also speaks of the surrounding community and the benefits of living and working in a smaller city and state.

“One of the loveliest things I’ve discovered here in Launceston is that people are aware of Tasdance and its cultural importance,” Bott shares. “Not long after I arrived, I was speaking to people at the local markets, and what a pleasure to discover that they actually know the company and what we do.”

As the State’s primary dance company, they have mobilised strong public awareness and support. “We have very active ‘Tasdance Friends’ who contribute in practical ways,” she says. “For example, when visiting artists, choreographers come to Launceston, ‘The Friends’ will organise a ‘meet and greet’ at the airport and bring them to Tasdance.”

Bott is also conscious that community interaction is a two-way process, and she is looking forward to continuing and strengthening the existing work established by Grieg.

“We have a variety of community programs: dance programs for those with disabilities, with learning difficulties,” Bott explains. “Annie strove to build these community links, and I’m proud that I can have my watch on that.”

Bott is ably equipped to continue this community involvement, having strived to bring dance into the Australian school curriculum during her tenure as director of Ausdance WA. “We were trying to integrate dance into subjects such as mathematics,” she recalls. “I still believe that dance can create an active component.”

We asked Bott about the concept of “glocalism”, where regional companies balance a local identity on the world stage. 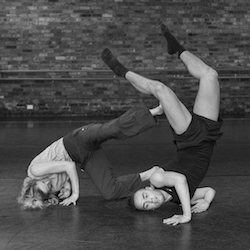 “Annie allowed that balance to constantly challenge her,” she answers. This involves a constant interchange of ideas and learning. “We send artists to China and Indonesia as well as inviting international artists to work with us, on ‘best-practise’ projects, for example,” she continues. “We provide residencies by application where we can offer our idyllic setting as a place of renewal and withdrawal – ‘the eye of the storm’.”

“From a national perspective, Tasdance punches well above its weight. Tasdance has a lot to show Australia and the world. Part of the company’s uniqueness comes from its commitment to bring elite contemporary dance to a regional level; to reach audiences in regional Australia, sometimes major cities.”

While Bott has a number of choreographic ideas she would like to realise in two to three years’ time, for the moment she’s focussing on consolidating Tasdance’s current position and their upcoming community projects and residencies.

Highlights include new programs developed by two exciting women – Liesel Zinks, who sees dance as a form of social activism and a way to consider social behaviour, and also Gabrielle Nankivell, who created Wildebeest, “a cracker of a program for SDC (Sydney Dance Company), so we’re looking forward to see what these two have in store for us,” Bott says.

On the community level, Tasdance is in the planning phase of developing future tertiary programs at UTAS.

“The position that Tasdance occupies as a nationally-recognised flagship company for contemporary dance performance and education is of great significance to future plans for tertiary offerings in Dance and Movement at UTAS at the Tasmanian College of the Arts,” says Bott. “We plan to work together to develop these plans further.”

Add to this a variety of community festivals across the state, a dance school that is open to the public, including performance opportunities for students, as well as being involved in a documentary planned for 2017 (“10 Days on the Island”), it would appear that Bott will be kept very busy.

“We feel proud of what we have achieved and what we create,” she says. “We would like the audience to be inspired by what we present.”