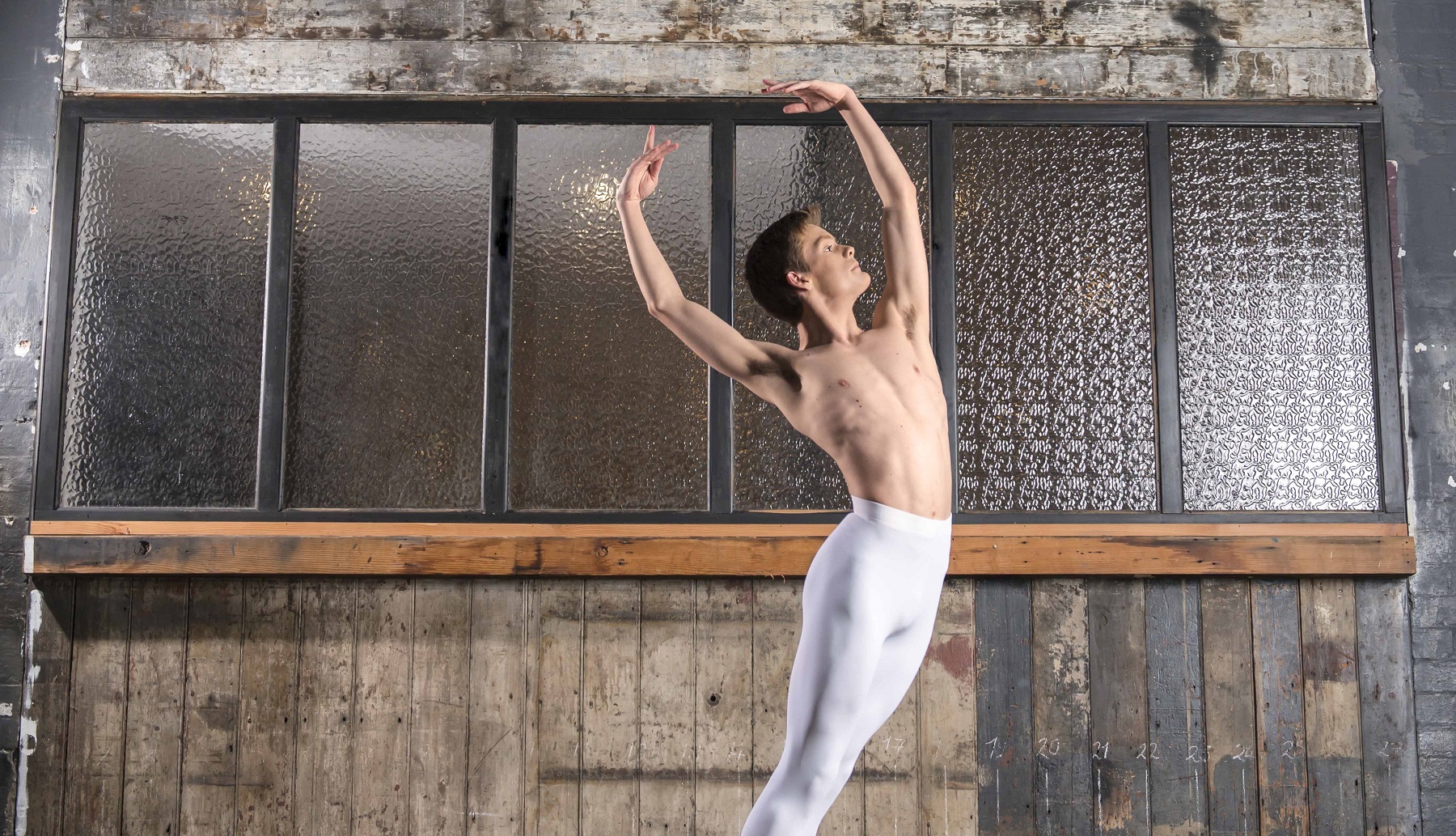 Although only 16 years of age, Sydney’s Harrison Lee has already established himself as an international star in the making. In the last two years alone, he has won five major national and international ballet competitions!

Harrison Lee with Talia Fidra. Both have been named Capezio Ambassadors. Photo courtesy of Capezio.

In 2014, he was awarded the Youth Grand Prix Award at the Youth America Grand Prix finals in New York City and was invited to dance at the “Stars of Today Meet The Stars of Tomorrow” Gala at Lincoln Centre. Two weeks later, he won the Australian International Classical Dance Awards in Adelaide. Earlier this year, Lee won the coveted gold medal at the Prix de Lausanne. Continuing his winning streak, he then took out the Supreme A first prize at the Alana Haines Australasia Awards held in New Zealand in April and, more recently, the Sydney Eisteddfod Ballet Scholarship, the final of which was held at the Sydney Opera House. Despite his successes, Harrison remains grounded and aware of the hard work ahead of him, having only recently taken up full-time training with the assistance of his scholarship from the Prix de Lausanne.

Recently named a Capezio Ambassador, Harrison speaks here with Dance Informa’s Grace Gassin about his ongoing journey to the top.

Tell us a little about your early training.

“I was at a small suburban studio for a short time. A teacher at that studio spoke to mum and suggested that I might need more specialized coaching and a studio that would really focus on my ballet. Around that time, I was also accepted into the Australian Ballet School on the spot at one of their Sydney auditions and was invited to start immediately as a ITP at the age of nine. I had decided in 2010 I really wanted to pursue ballet. So, my parents decided that the timing was right for me to attend The McDonald College. They have always felt that I should focus as much on academics as ballet, so it was a good fit for me.”

I heard that your sister and grandma actually introduced you to dance. Apart from them, who else has provided inspiration and support?

“I have had so many supportive teachers who have offered me more than just advice in the studio, and a couple of them in particular have helped me focus and understand a lot more about myself.

A couple of years ago, I was having a tough time and really not sure what to do with my dancing. One of my teachers recognised the issues I was having, as she had been through something similar, and she introduced me to David Hallberg (principal dancer, American Ballet Theatre, Bolshoi Ballet). She told him about some of the things I was dealing with, and he offered to meet me. David has been incredibly generous with his time and support. He’s not only an amazing professional but a very kind person as well. We still email, and he always gives me very realistic advice.”

What is it that you most enjoy about dancing?

“I love the discipline of ballet and the physical aspect of training, but what I enjoy the most is the indescribable feeling that you get from performing to an audience.

When I was young, my parents and one of my teachers gave me some great advice. I was doing competitions at home in Sydney, and they told me not to focus on the outcome of the competition but to listen and focus on the audience’s response because that was what is important for a performer.”

Congratulations on your win at the Prix de Lausanne earlier this year. What was it like to compete at such a high level? What did you learn about yourself?

“Thank you! I was privileged to compete in both the Youth America Grand Prix and the Prix De Lausanne. Both competitions offer young dancers opportunities to network and gain exposure to many schools and companies, and I think that is especially beneficial to dancers in Australia and New Zealand because we are so isolated from the greater ballet community.

I have made many friends from all around the world as a result of competing, and it was amazing to experience so many different styles and techniques, and take class with such incredible teachers. You have to be ready to listen, take everything on board and work. Like a sponge, you have to listen and absorb all that is going on around you. I really did learn the importance of believing in myself.”

As a result of your win, you were offered a scholarship to a full-time ballet school of your choice. Of all the different schools you could have selected, what was appealing about the school you chose?

“You mean apart from the fact that it has been a dream of mine to go there since I was about 10? No, there are a number of other reasons. My parents have always wanted me to continue with my academic studies, and in Australia I was not training full-time, so the fact that I could combine full-time training with an academic program there appealed to Mum and Dad. The facilities are amazing, and the training program for male dancers is particularly strong.”

Tell me, what is your typical schedule like? Do you have a favourite class?

“The classes start at around 8.30am each day and finish anywhere between 5.30 and 6pm. The day usually consists of five classes — character, contemporary, Pilates, fitness and repertoire, so it’s very different compared to what my days were like at The McDonald College, which usually consisted of around two hours of ballet a day. I really enjoy coaching and repertoire, as I love the challenge of learning pieces from actual ballets.”

Congratulations, too, on being named a Capezio Athlete! How did that come about?

“After I returned from Prix, we received a call asking if I would be available for a photo shoot. It turned out to be a really fun day. I met a lot of the Capezio team, who were very welcoming and friendly, and things progressed from there. I was thrilled to become a Capezio Athlete!”

What is it that you love about Capezio? Do you have a favourite product from the range?

“Capezio is such an iconic dancewear brand. The men’s dancewear range is great, and I wear a lot of their products. I am a fan of the canvas Romeo ballet shoes!”

Although your schedule doesn’t leave you with a lot of free time, do you have any go-to activities which you find relaxing?

“I love the Australian beaches, and our family spends a lot of time on central coast, so it’s no surprise that I love to swim and surf when I get the chance!”

“I enjoy dancing any role, as just to be on stage is so satisfying. If I had to choose, I’d have to say I prefer the classics.”

What is your ultimate career dream?

“To firstly be offered a contract with a world-renowned company and then work my way up in the company to dance as a principal. To have those special people who have meant so much to me be able to see me dance at that level…that would mean more than anything.”

Do you have any advice for young dancers hoping to follow in your footsteps?

“Wow, so many things you could say here. Find the right place to train, a place that wants to see its students achieve their goals, and believe in yourself no matter what because not everyone will understand your dream, but that’s okay.

Also, you need balance. I have always tried to work hard, but it is equally important to know when it is time to slow down and rest. Eat well, rest well and love what you do!”