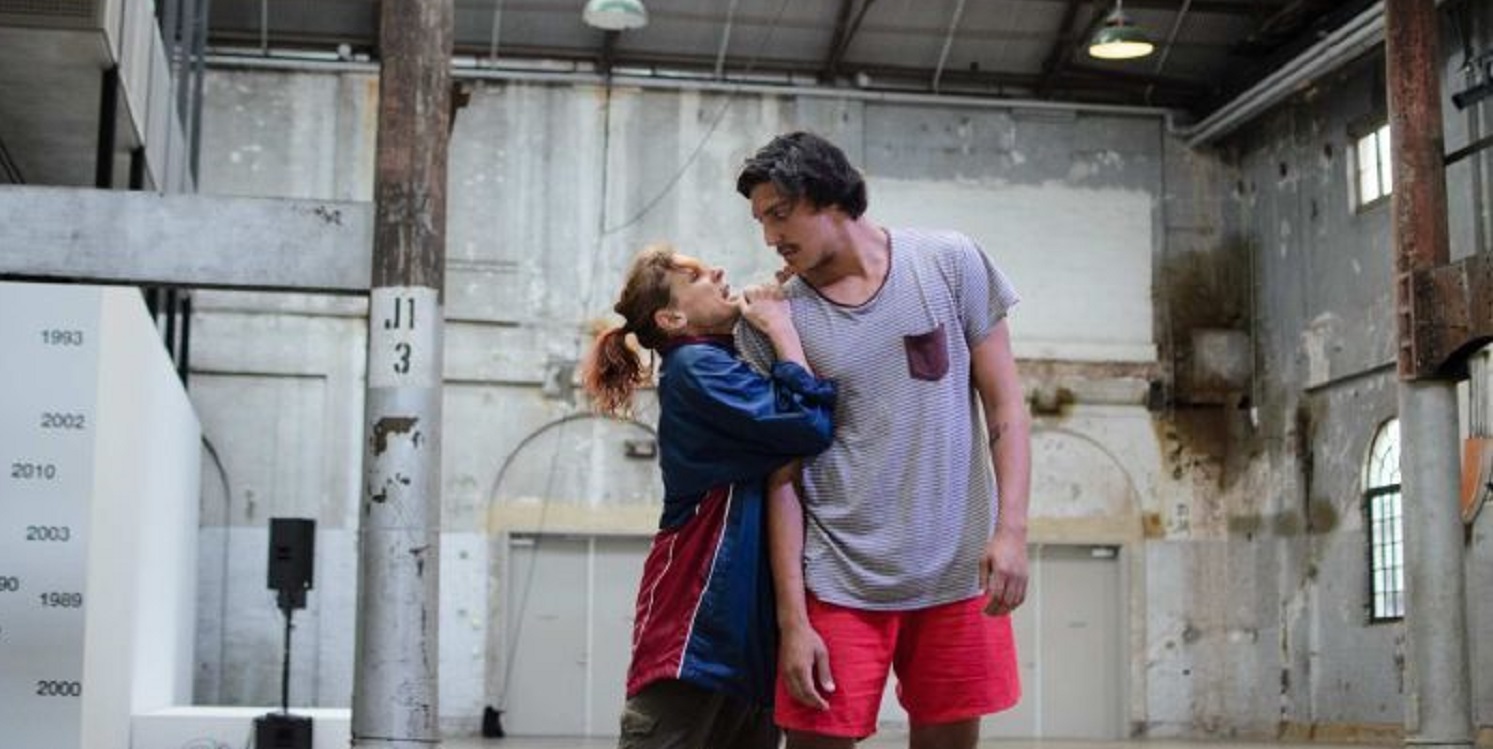 Les Festivites Lubrifier was recently a part of the Liveworks Festival of Experimental Art at Carriageworks. Audience members appeared to find this work hilarious and by all measures hugely enjoyed it. While the idea behind it was great and the performances excellent, unfortunately it left me personally disappointed.

Vicki Van Hout may be familiar to readers, with her works The Fence, Briwyant and Long Grass being more well known. Created mostly as a dialogue for Van Hout and Thomas E. Kelly, this latest work blurs the borders between reality and illusion, between rehearsal and performance, and analyses the art of choreographic creation. Black politics, beer, slapstick and French are also intermingled.

It is set in Paris on Van Hout’s 45th birthday. It is a time for reflection about her life with intense self scrutiny. There are monologues, repetition, asides about problems with modern technology, sped-up speech and voice exercises, lots of beer and many layers of underpants strewn over the audience and set by the end. There is no real set as such, but rather a black box draped studio effect with some objects strewn over the floor, and a sound tech box as we enter.

Ordinary, everyday movements are included, as well as incorporating Aboriginal dance and ballroom. A lot of the dance is slightly off kilter and angular with sharp elbows. There is also some slithery and, at times, harsh, sculptural floorwork.

We first see Van Hout abrupt and incisive as she enters in casual jeans and a parka, hiding umpteen other layers stripped off during the performance. Eventually, she changes into a skirt and top with high-wedge sandals and has a tempestuous pas de deux with Kelly. There’s also an angry shoe-bashing confrontation at one point. Van Hout also has a monologue about getting lost on the metro.

Kelly, suave with a slight elegant mustache, gives a smooth, sophisticated performance. He has a wonderful creamy, long stretched line, as shown in some of his exhilarating short solos. He is also tremendous in the difficult angular partnering that demands precise timing.

The third performer is energetic and enthusiastic Caleena Sansbury, who possibly portrays Van Hout‘s younger self. She dances with elegance, grace and power. Both Kelly and Sansbury encourage audience participation in the card playing scene and have short monologues about Van Hout’s life in Paris.

At one point, all three perform a wonderful short piece to part of Stravinsky’s The Rite of Spring, the work they are rehearsing.

Overall, the problem with Les Festivites Lubrifier seems to be that the work simply doesn’t know how to define itself. Is it performance, rehearsal or improv? It has some great moments and excellent performances but it’s generally confused and left me flat.