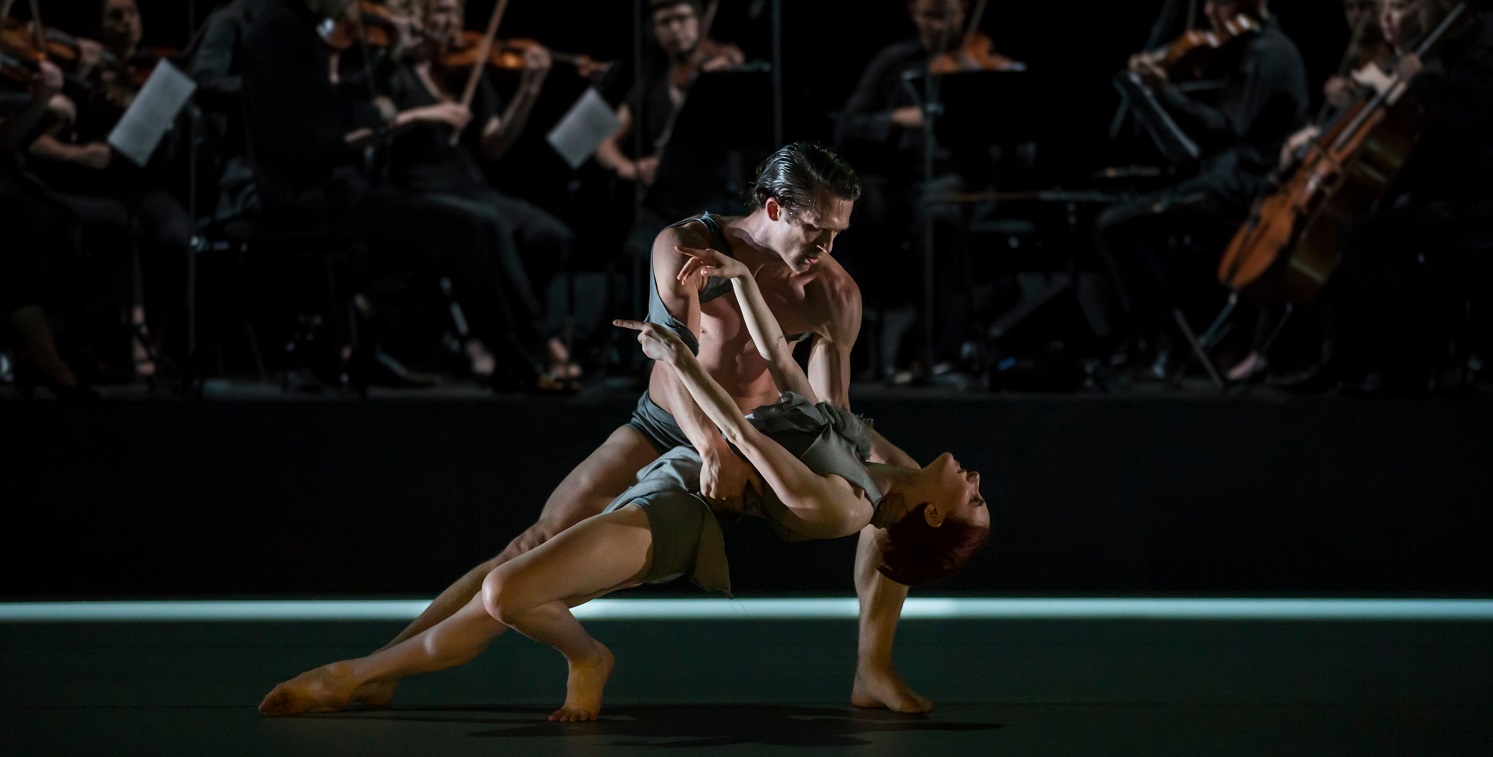 Infusing the traditional with the contemporary, Sydney Dance Company recently combined forces with the Australian Chamber Orchestra (ACO) to present Illuminated, a programme consisting of three offerings. The first two were inspired by the music of early 20th century composer Benjamin Britten, and the third was a selection of excerpts from Project Rameau, a collaborative work by conductor Richard Tognetti and choreographer Rafael Bonachela that was inspired by music of the Baroque period.

The first piece, Variation 10, paid tribute to Britten’s “Variations on a Theme of Frank Bridge.” It matched Britten’s energy with a well-considered mix of ensemble pieces, duets and solos that both complemented and challenged the grain of the music. Minimally lit, Les Illuminations offered a more subdued tribute to Britten. Though the dancers were at times frustratingly obscured, meaning that the otherwise well-balanced choreography failed to sustain attention as well as it might have, this was nonetheless a strong offering.

The most vibrant of the three, Bonachela and Tognetti’s collaboration Project Rameau, drew out the humour, sensuality and power of Baroque music that continues to attract modern listeners. Despite its name, Project Rameau also featured choreographies to other period composers such as Bach and Vivaldi, including the ever-popular Four Seasons. Thanks to Tognetti and Bonachela’s strong sense of compositional balance, this patchwork proved musically and choreographically interesting and unified, providing a fitting ending to a beautiful and moving show.

All three works bear testament to Bonachela’s fondness for minimalist design. Throughout the evening, the dancers appeared in a variety of soft but highly streamlined costumes, never identical but complementary. The ACO competed for attention in an elevated position behind the dancers, though there was little interaction between the dancers and musicians, and their presence on stage may have proven distracting to some. However, the fluid and classically-inspired movement vocabulary characteristic of Bonachela’s style paired beautifully with the arresting live performance of the ACO’s musicians and guest soprano, Taryn Fiebig.

Illuminated was an emotive and strikingly beautiful show; what a shame it was only in Melbourne for one night!