As a performer in one of the world’s most famous dance shows, Lord of the Dance, Aussie dancer Ceili Moore is living every Irish dancer’s dream. But success hasn’t come without hard work. Born and raised in Picnic Point, Moore started dancing at the age of three and later attended high school at Newtown Performing Arts. She began her competitive career in Irish dance at the age of 18 and went on to become State, National, North American National, All Ireland and World Champion. She has since performed in four major dance shows across 10 countries.

Dance Informa’s Grace Gassin recently caught up with Moore to discuss life as an Irish dancer and meeting Michael Flatley! 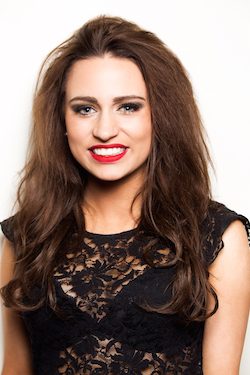 Ceili Moore from Lord of the Dance. Photo by Brian Doherty Photography.

What a great opportunity, Ceili — how did you get involved with Lord of the Dance?

“In January this year, I headed over to London to do an audition for Lord of the Dance and was lucky enough to be successful. Having toured with various other dance shows for a year-and-a-half, when I heard about the auditions I knew it was an opportunity that I couldn’t miss.”

I have to ask, have you ever met Michael Flatley?

“Yes, I have. The very first time I met Michael Flatley was during the rehearsal period for Lord of the Dance. Since then, I’ve been lucky enough to not only work alongside him but also perform with him on the West End, at Wembley Arena, and then perform the lead role of ‘Morrighan’ alongside him in South Africa. It’s an honour, a privilege and a wonderful learning experience to be working under Michael Flatley’s guidance. His work ethic, attention to detail and ability to bring out the best in people is second to none.”

Do you have Irish heritage yourself — I’m going to say yes with a name like Ceili! Has Irish dancing helped you connect with your heritage?

“Irish dancing began in my family several generations back and has allowed me to travel to Ireland several times. I feel this has enriched my knowledge of my family history and allowed me to embrace the Irish culture and heritage firsthand.”

Can you recount the moment when you started thinking you could do Irish dancing as a career?

“Growing up, I’d actually never intended to pursue Irish dancing specifically as a career! I had studied musical theatre my whole life and knew that was the career path I wanted to take, but after undergoing an audition for an Irish dance show at the age of 18, I knew that was exactly what I wanted to do for the rest of my life.”

How are the strengths you need as an Irish dancer different to those of other dancers?

“I studied a variety of styles of dance such as ballet, tap, jazz, contemporary, acrobatics and hip hop from a very young age. The main differences for me were the speed and athleticism of Irish dancing, and keeping the body and arms straight. But there are more similarities than differences. You still need flexibility, core and leg strength, and rhythm, and the fact that those aspects coincided in all the styles I studied really helped me with Irish dancing.” 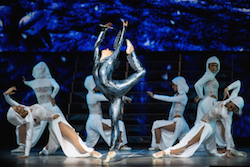 Lord of the Dance. Photo by Brian Doherty Photography.

You’ve been in a lot of Irish dance competitions. How to they work, and what do you do to prepare for them?

“At most competitions, each category is divided into individual age groups and then into a male and female category. You perform your first two rounds with two people on stage at a time (one in hard shoe and one in soft shoe), and following this there’s a recall. The recall is once again in hard shoes and performed as a solo. Hundreds of hours of practice go into preparing for a major championship. Usually you are at three- to four-hour dance classes, five to six times a week, as well as cross-training in the gym and practicing at home!”

Your mum is a dancer, too — has that made a difference in pursuing your dreams?

“Absolutely. My mum has been one of my biggest inspirations since I began dancing at the age of three. She has always encouraged and helped me to become the best I can be, and without her constant guidance I wouldn’t be where I am today.”

I hear you already know what’s in store next for you and that your long-term goal is a career in fitness and nutrition when you’ve ended your dance career.

“Yes — I’m currently studying a masters in training at the Australian Institute of Fitness. Having competed at a high level in dance, fitness and nutrition have played a huge part in helping me to ensure I’ve been at my peak physical performance, and this is how my interest began. I hope to continue to dance for as long as my body will let me, but then following this I want to head on to university for a degree in nutrition and dietetics, as well as teach dance with my mum at the Fiona-Gaye Moore Academy.”

Thanks for the chat, Ceili. Dance Informa wishes you all the best with Lord of the Dance and with your fitness and nutrition career goals!

For tickets and more information about Lord of the Dance in Australia, visit www.lordofthedance.com.