From Suffolk to Sydney via Spain, the music of British pianist and composer Benjamin Britten will once again find form and flow, as choreographer Rafael Bonachela leads the Sydney Dance Company in a triple bill of short works set to some of the Lowestoff born auteur’s most romantic pieces. 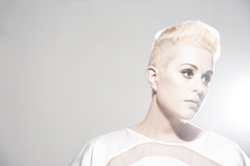 Triptych will feature two re-staged and one new Bonachela creation, in addition to the exquisite vocals of ARIA Award winning chanteuse Katie Noonan and the live accompaniment of seventeen young string players from the Australian Chamber Orchestra. Add in a splash of fashion from designer Toni Maticevski and Britten’s beautiful song cycle will be reconfigured and reinvented.

For Perth born dancer and SDC veteran Juliette Barton, Triptych represents both a return and a departure. Having danced one of the Les Illuminations duets with the company previously she is familiar with the steps but, as she points out, Britten’s music is not the usual soundscape-glitch of contemporary dance favour. “I guess it does change the stylistic approach and you have to adapt. It’s quite deep and emotive and really quite moving. There’s a lot to hang onto.” 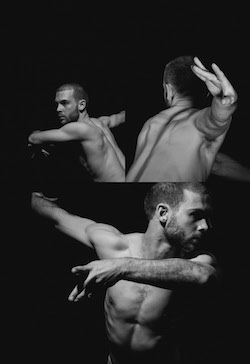 As someone whose job it is to interpret music physically, the ‘hanging onto’ part is critical. “I tend to hold onto whatever is in the music that inspires me or what it is that evokes some kind of feeling response,” Barton explains. “So, it might not be a story telling thing but something in me that will hopefully transfer across to the audience. At times you can create a little story for yourself, even though it’s not a narrative or it’s not necessarily inherent in the work; but something that helps you express it.”

However, part of the dancer’s craft is also to be cognisant of the greater whole and not become too introspective. In other words, the classic balance between performance and expression. “You hook onto those musical things fairly early in the process but, at the same, you have to come at it from both angles; so y’know, the emotional or mental but also the idea of being in tune with what the whole piece is,” Barton illustrates. “So, by the time you come to the performance there is a little more room for play.”

This dual focus trick is doubly difficult when performing to live music, as Sydney Dance will be for Triptych. Natural tempo variations require much closer attention and, as Juliette Barton admits, “It’s so easy for dancers once you’ve rehearsed something so many times to go onto auto and just let muscle memory take over; but you kinda have to throw that out the window when you’re dancing to live music, which is a really nice and refreshing challenge because it encourages you to be right in the moment. There isn’t room for slightly switching off.”

Difficult enough though this is for the individual, it gets even trickier for ensembles. “You’re all hanging on the edge together trying to work out which way to go,” Barton says. “If it’s really slow, which bits do you stretch out? If it’s quick, what things get clipped?”

Luckily for her and the company two of the works (Les Illuminations and Simple Symphony) are already part of the repertoire. Only Variation 10 will be making its world premiere when Triptych takes to Roslyn Packer Theatre later this month. That said, Artistic Director Rafael Bonachela has changed things up by moving the works to a bigger stage and changing Barton’s duet partner for Les Illuminations.

The other intriguing aspect of the show will be incorporating Melbourne based designer Toni Maticevski’s bespoke garments. “I imagine they’ll be in keeping with his very glamorous, high fashion style. But y’know, they’ll be danceable,” Barton reveals, “because one of the things that’s very beautiful about dance is the physical form and being able to see the articulation of that. We work a lot on that here at Sydney Dance Company, that massive articulation; really trying to use absolutely everything that’s within our capability; so if you costume too heavily you lose some of that.” 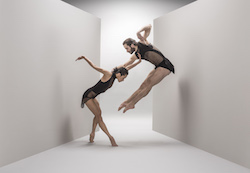 With Bonachela’s trademark intensity and Britten’s resoundingly romantic compositions, (augmented by Noonan’s remarkable soprano voice) to guide them, Barton & Co will doubtless worry less about sartorial elegance than they will about delivering the physical and emotional power of the programme. Although, as Barton attests, “It’s always nice to look good.”

For tickets to Triptych visit Sydneydancecompany.com.