For 16-year old Amelia Townsend, ballet is not just something she does, it is who she is —“My mum told me that when I was two years old she had to hold me down because I kept wanting to run on to the stage at the end-of-year concerts!” she laughs. Observing her early enthusiasm, Amelia’s mother decided to let her start dancing at the age of three. 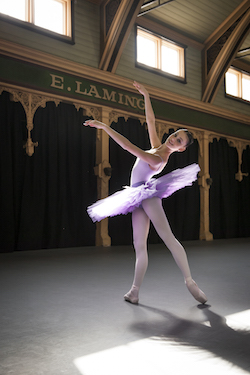 Since then, her desire to dance has never waned. At just nine years old, Amelia was accepted into the Australian Ballet School (ABS)’s Interstate Program, where she received support through the Program for three years while continuing classes with her mother in Brisbane. She then successfully auditioned to become part of the full-time program of the ABS. Consequently, at just 12 years old, Amelia left her family in Brisbane and moved to Melbourne to commence full-time training in ballet. It proved to be her most challenging experience as a dance student to date, but also one of the most rewarding. “It was a chapter in my life which I will treasure forever,” says Amelia. “I learnt so much — responsibility and independence and how to adapt to the Vaganova (Russian) ballet method. I made new friends and gained valuable advice and knowledge which I will carry with me for the rest of my dancing career.”

Her whole-hearted commitment to dance made Amelia a stand-out for Energetiks, says Marketing Manager, Elysia Baker. “Amelia is a long time devotee to the Energetiks brand — she’s been wearing it since she was three years old! — and a passionate dancer who we know will be an inspiration to our younger dance fans”. Amelia, for her part, is elated by the news of her win. “I have always loved the Energetiks brand, so when I saw Dance Informa and Energetiks were holding a model search I couldn’t wait to enter!”

She recently flew to Melbourne (flights and accommodation paid for by Energetiks and Dance Informa) to take part in an exclusive winner’s photo shoot. “It was such an amazing day, I’ll never forget it”, she says. Apart from appearing as Dance Informa’s September cover model, Amelia has also won a modelling contract with Energetiks, an Energetiks product pack valued at $250, ten high resolution images for her portfolio, the opportunity to be the 2016 Victorian Dance Festival ambassador and free entry to 2016 Victorian Dance Festival! 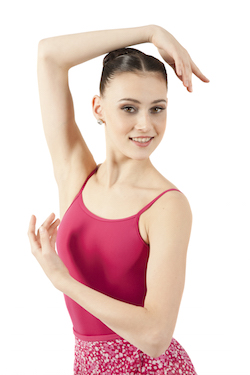 Amelia believes the guidance of her mother — a former student of the Royal Ballet School, London, who danced professionally overseas for more than 10 years — has been vital to her success. It was at her mother’s studio, the Annette Roselli Dance Academy, that Amelia undertook her early training. “She has prepared me for what to expect in the real world because the real world of ballet is a lot tougher than most people realise,” Amelia says. “Mum has always been honest in the way she teaches me and doesn’t sugar coat anything, which I am truly grateful for because the truth is what will get you places.” Her aunt, Maria Roselli, danced with The Royal Ballet and her grandmother, Margaret Roselli, now retired, was also a ballet teacher.

While Amelia left the Australian Ballet School in May to train with her mother and spend time with her family ahead of an impending move to London, her schedule is anything but leisurely. “I usually get to the studio around 8:15 am, do ballet class, pointe class, classical variations and either contemporary, jazz or pilates. After a day of full-time training, I do afternoon/evening RAD classes and then get home by 9 pm. I usually try to stretch before going to bed at 10:30pm and have a good eight hours sleep to let my body recover and refuel for the next day.”

A glance at Amelia’s instagram account reveals a dancer of exceptional talent seemingly forever in the studio but enjoying every second of it. “Maddie Ziegler and Jojo follow!” she announces in her profile. She often shares photos of herself with her sister, Alicia Townsend, also a promising young dancer. Alicia was recently awarded her Solo Seal, the highest grading of the Royal Academy of Dance, and is currently studying with the Queensland Ballet senior program. 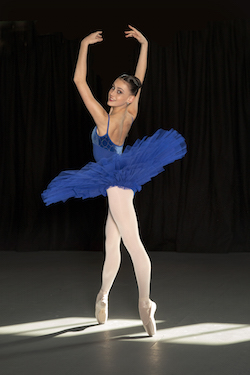 Besides her regular training, Amelia has competed in several ballet competitions including the Youth American Grand Prix as a child. This year, she competed for the Sydney Eisteddfod McDonald’s Ballet Scholarship, making it to the finals (top eight). “That was one of the biggest highlights of my student career,” she says. It was at the McDonalds College Summer School in January that Amelia’s life changed forever. “I took class with amazing teachers from around the world, one of them being Mr. Jay Jolley from the Royal Ballet School,” she recounts. “He offered me a position in the final auditions for the Royal Ballet School but because I was unable to attend the audition he decided to offer me a position at the Royal Ballet upper School starting this September.”

“My parents got an email at 1 am from the Royal Ballet School offering me a position at the upper school in London. I was in Melbourne at the time and my parents couldn’t wait till the morning to tell me, so they rang me to tell me the very exciting news and after that, I didn’t sleep for the rest of the night!” Amelia will continue her academic education there alongside her dance training.

Dance Informa wishes Amelia much success at the Royal Ballet School in London and in her role as Energetiks and Victorian Dance Festival ambassador. We look forward to seeing all your stunning pictures and to hearing about your progress in the coming years!