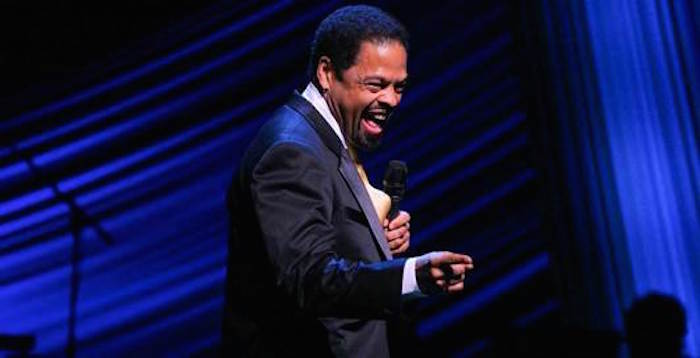 It is 11pm in Chicago and 2pm in Melbourne. I am on an overseas call with Emmy Award Winner and Tony Award Nominee, Ted Louis Levy.  I want to introduce you to this generous man — his values, his approach, his mentality, his sense of humour and his experiences — all that he will be sharing with you Down Under later this month.

I’m not easily impressed, but here is a man who blows me away with his showmanship, emotional connection, big personality and hard swinging rhythms.

At 14 years old, he was sent to dancing school as punishment from his father! When he put on his shoes and learnt his first rhythm, the dance connected to him. When his trainer Shirley Hall Bass taught him as much as she could, she introduced him to be mentored by master tap dancer Finis Henderson II, who was also Sammy Davis Junior’s one time manager and best friend. 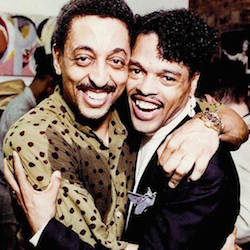 What was it like the first time you met Gregory Hines?

“The movie Tap! was playing in the movie theatre across the street to where we were performing Black and Blue (opened on Broadway in 1989). Gregory saw the show, came backstage and said ‘Where the hell were you when we were filming the movie?’,  I told him ‘I was looking for a job’,  he said ‘You could’ve had one!’ (laughing). It was so nice to later work with him so closely on Jelly’s Last Jam” (1992).

How did you get to work with the amazing Nicholas brothers?

Fayard Nicholas was one of the choreographers for Black and Blue, along with Henry Le Tang, Cholly Atkins and Frankie Manning.  It was like everyday was your birthday! Harold Nicholas and I did a two man show called If These Shoes Could Talk which ran for three weeks in Milwaukee, written by one of the guys in Black and Blue. I look in the mirror sometimes and think how did all of this happen.”

How did you get into the Broadway revue Black and Blue?

“Jane Goldberg had a show called Shoot me while I’m Happy at the Goodman Theatre in Chicago. It was Chuck Green, Buster Brown, Cook and Brown, Dianne Walker and Jane Goldberg. Lane Alexander invited me to watch the show and at the end we were invited up on stage.  When I was doing my solo I was in the middle of my over the tops (Finis Henderson showed me how to do the real deal over the tops – I’m trying to get back in shape so I can come to Australian and show off [laughing]) – and they caught me mid string! Cookie had me by the arm and Buster had me by the leg and they dragged me off stage ‘we ain’t letting him steal our show!’

Finis Henderson heard about it and called me up and said, ‘They’re looking for you. How come you didn’t tell me you went to this show? Well you must have made some hell of an impression because they want to know who you are and where you are.’ I was like, ‘How do you know that it was me?’ and he said, ‘’Cos nobody in Chicago dances like you,’ and I said ‘How do you know that?’ and he said, ‘Because I taught you!’ I went back to the theatre and Dianne Walker and I connected.  She asked me if I knew about a show called Black and Blue. Somebody illegally taped the show and showed producers in New York (who were looking to put Black and Blue on Broadway after it’s opening in Paris 1985) and they said, ‘get that man in New York’ and that was that. 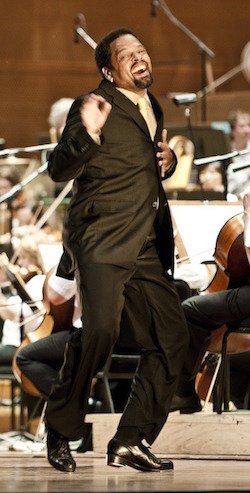 What makes a great performer?

“What makes a great performer is selflessness. It’s not about you, it’s about what you have to say. It’s about something that everybody can identify with. I want my audience to identify with what it is I’m thinking feeling and saying with my craft.

You have people sitting in those seats (who have paid to be there). They are not there to service you and you are not there to service them. You have to build a relationship. It is important and respectful to somehow help them understand the value of the moment that you are sharing with them. It is important for artists to understand the meaning of their work, and what part of themselves they are identifying with – which will help translate that to the audience.

Make sure they understand what you are saying to them, whether verbal or non verbal. You set the mood for where you want to go, but you’ve got to know where you want to take them. It’s like a date. Or like Picasso, there was something in his art that he wanted to say to us, something specific.

What can the students in Australia expect to gain from you?

“I am coming to Melbourne to hurt tap dancers. This is going to be my pleasure. Expect pain and a whole lot of fun doing it! Come show time, party on! Not just on stage but party on in the theatre! I’m really excited to come to Melbourne, I came to Perth when I was in the Navy.”

Did you miss dancing when you were in the Navy?

“Oh no, I danced on the ship. The ship had a gym three decks down. I would go late at night and dance. I brought a 4×8 board with some foam underneath it so I wasn’t dancing on the steel. When the ship would rock and roll I would have to dance to keep myself balanced – that was so much fun! 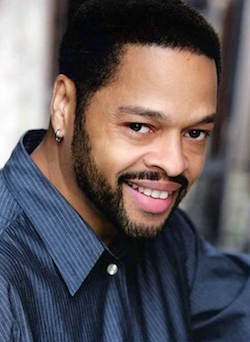 How many hours would you practice back then?

“My regular workout session was 3 hours every other day, when I could.”

What has been the hardest part of being a tap dancer?

“The hardest thing about being a professional tap dancer is creating a consistent flow of possibilities that will help you enjoy all of life. Five years ago I became homeless – I lost my home. I was on the road and every now and then I would get a job singing Mr. Bojangles and I absolutely understood what Sammy Davis Jr meant not to be able to have what you need. But those challenges of life are about development of character.”

When you’re in those low points, what drives you?

“What keeps you going is that fact that you know that you have something in your life that is absolutely stable, and you know that’s its there for you, and that’s the dance, and you know where it came from. The universe has given you the gift of dance and you have the discipline and the dedication to keep working towards it.”

What are you working on now?

Top Values
“Respect, Responsibility, Trust, Discipline, Generosity, Humility. I think that will take you any place in the world.”

Finish these sentences
I am a… student of entertainment
I value… the wonder of natural life
I believe… God was a tap dancer!
I believe… if everybody tap danced, the world would be a better place.
I am… blessed.

Ted Louis Levy will be appearing at the Australian Tap Dance Festival teaching classes and events from September 26 – October 2. For the opportunity to see him on stage, the festival gala “Rhythm is Our Business” is on Friday 2nd October:  www.rhythmisourbusiness.com