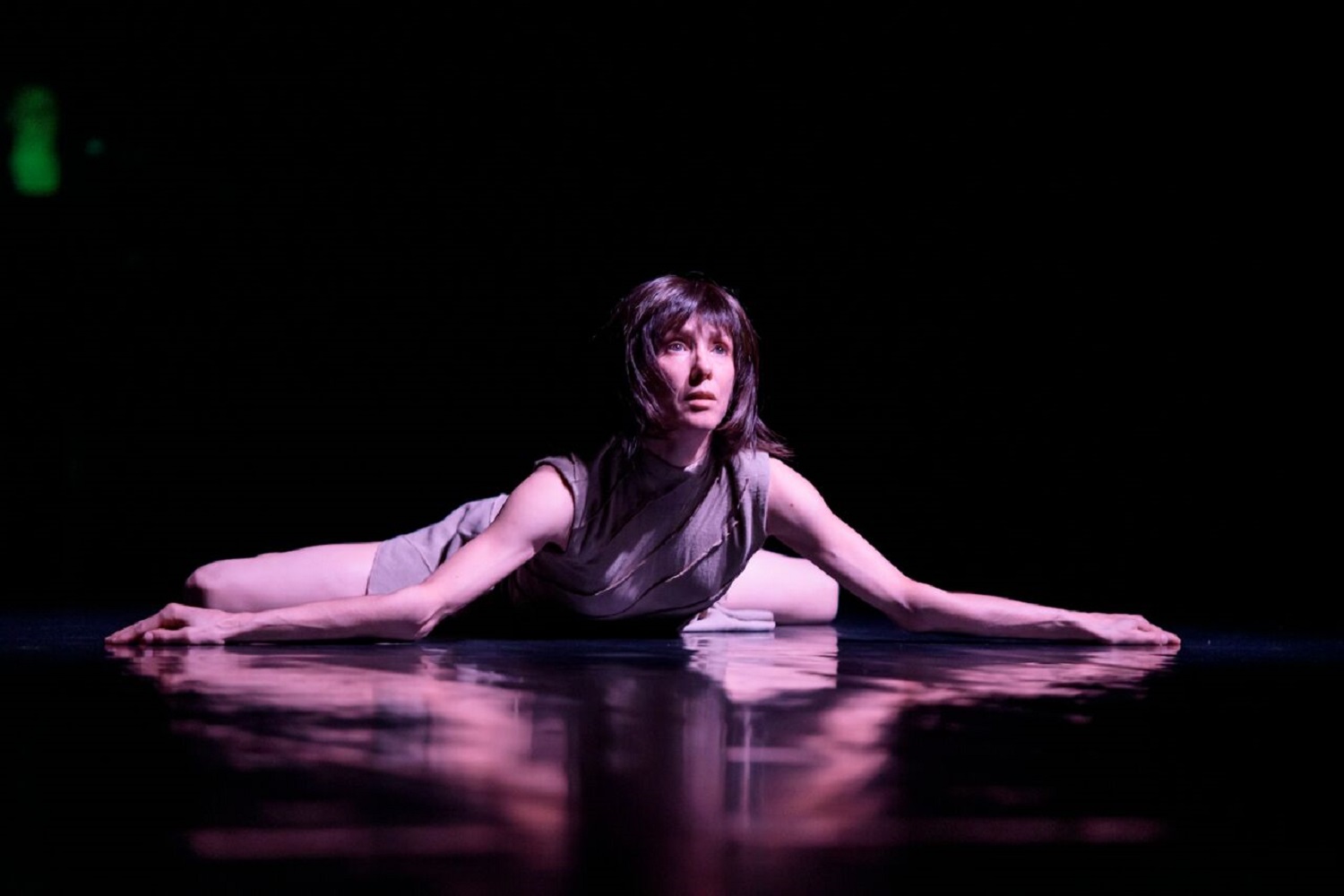 Sylvie Guillem is regarded as one of, if not the, best dancer of her generation. From her classical ballet roots, which include careers with The Paris Opera Ballet (where she was a protégé of Nureyev), The Royal Ballet, American Ballet Theatre and La Scala, she has changed direction and since 2008, is now concentrating on contemporary dance based at the Sadler’s Wells Theatre in London. This Sydney programme was part of her global farewell tour as she retires from performing at the age of 50. She’ll conclude in Japan later this year. The tour programme included four short works by four top contemporary choreographers, consisting of two world premieres and the extraordinary Guillem in three of the works.

The programme opened with a solo performed by Guillem entitled Techne, choreographed by Akram Khan of Sacred Monsters. Techne is from the Greek and means “art” or “skill.” Guillem was like an eerie forest spirit, or the spirit of the tree. She was almost unrecognizable in a short bobbed wig, wearing an elegant short grey tunic, nymph-like. At times, Khan’s choreography was sharp and spiky, including a stuttering shuffle with prominent knees, fluttering fingers across the face and angular, yet fluid, arms. At one point, Guillem collapsed to the floor and then rose, shades of The Rite of Spring perhaps, or an insect. The music pulsated and throbbed. The three musicians were at the back, standing on a raised platform that was lit to look as if they were in separate boxes. The work featured a white sculptural plastic tree and much use was made of the revolve. At the end, Guillem touched the tree, the revolve was used and she vanished. It was a dazzling evocation of the natural world.

Duo 2015, the second piece, was choreographed by William Forsythe. It was a tightly controlled, yet warmly intimate, male duet, which was danced by Brigel Gjoka and Riley Watts. It demanded split-second timing and incredibly flexible bodies. At times, the audience laughed out loud. Choreographically, it was ballet language but with a distinct twist that included floor work, slow-motion movement and contortionist-like sections. Angular arms and beautiful, soft, panther-like ballon were both required as the two men fed off each other. Each had their own amazing mini-solo.

The third work was Russell Maliphant’s Here & After. This was a riveting sculptural pas de deux for Guillem and Emanuela Montanari, who wore loose-fitting tank tops and trousers. Michael Hull’s lighting began with a golden glow and then changed to sharp, clear, futuristic squares of light. It was strong, powerful and hypnotic, and had a sort of dreamlike atmosphere. At times the music was ominous, but at other times it was sharp piano music or a low hiss. Guillem’s solo in this was fiery and included some wonderful undulating arms. Were the dancers meant to be reflections of each other? There are many layers of interpretation in this exceptional, mesmerizing work.

The concluding work was Bye, choreographed by Mats Ek. Sydney previously saw this in 2013. This time, however, it was particularly poignant as it was Guillem’s farewell. There were hints of Ek’s Giselle in the choreography. It included the use of black-and-white film that Guillem interacted with. She went behind it, clambered on top of it and passed through it, blurring the present moment and memories. Choreographically, Eks had included angular use of a very deep Martha Graham plié, weird headstands and a backwards walk on demi-pointe. At times, Guillem was like a fiery hidden tiger. In her incredible solo we saw her long, stretched, laser-sharp line. Her costume, which consisted of a green cardigan over a mustard-yellow skirt and brown top, was rather disappointing, but the dancing was dazzling.

Overall, this was a most glorious evening of sensational dancing in which we were astonished and privileged to see the magnificent Guillem. Adieux Sylvie and let us know what you do next!