If your dance students compete in Australia or New Zealand, you already know all about Showcase National Dance Championships. With a buzzing atmosphere, world-class production, coveted prizes and the opportunity to compete against the very best in our two countries, chances are it’s the highlight of their year. We caught up with Peter Oxford, the brains – and the heart – behind Showcase.

When he launched Showcase in 1994, Peter Oxford began to effect a change in the culture of dance competitions. Then in his early twenties, he had recently returned from the US, where, besides slaying the competition and winning the American Dance Championships, he had a life-changing revelation. 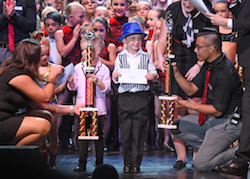 The competition scene in America was so different to that in Australia, he realised. There were only eisteddfods; there were no opportunities for dancers to compete at a national level. Peter was impressed with the concept of American competitions and decided to bring the same idea to dancers in his home country.

Among Peter’s innovations to the Australian scene were the implementation of multiple judges and of a scoring system. He also introduced a whole new category of dance to the competitive circuit. “Australia didn’t have lyrical/contemporary, it just had the modern expressive section. Back in 1992, Australians didn’t know what a lyrical was,” says Peter.

Along the way, Peter’s vision hasn’t changed, but it has expanded significantly, offering more opportunities to more dancers, including our friends in New Zealand. “We’ve really grown in the last couple of years,” says Peter. “We’ve gone from doing 7,000 acts a year to about 19,000 this year, between both competitions and finals.”

The second competition Peter refers to is the recently added sister to Showcase, enticingly named Hollywood Bound, which seeks to accommodate the huge growth of the original competition. “We started Hollywood Bound because Showcase had been selling out so quickly each year, and dance studios and kids were missing out,” explains Peter. The competition follows the same concept, travels to 15 cities and happens at the same time as Showcase, however many dancers choose to compete in both. For many, it’s just another chance to perform and compete. For a lucky few, it means a trip to Hollywood for classes and further competing; the prize for Group of the Year includes a $20,000 travel credit. 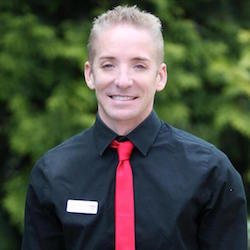 Many competitors at Showcase have gone onto bright dance careers, including contracts with the New York City Ballet, professional musical theatre, and other competition circuits. Two performers named Showcase’s “Dancer of the Year” have won So You Think You Can Dance; Talia Fowler and Michael Dameski.

Seeing that kind of success is something that motivates Peter to keep going: “Having kids who’ve gone onto do other competitions come back to me and say ‘I wouldn’t be where I am today without Showcase’, that’s something I’m proud of.”

And the hardest part? “Competing against myself,” says Peter. “I’m my own greatest critic. I look at it and think ‘no, I can do better’. I challenge myself. I love change, I love evolving.”

Over the last two years, Showcase has grown into an organisation with ten staff and an endless flow of work for Peter. The only way to stop him working, he says, is to turn off his computer and take him off social media. And at the time of our conversation, he was about to do just that; take a trip to Europe for a month and have some downtime, to energise him for the next leg of the Showcase journey.

“Showcase and Hollywood Bound are continuing to grow and we continue to be 100% Australian owned and operated,” he says. “We leave all our profits in Australia to continue the growth of Australian dancers and give back to them. We know the Australian dance culture better than anyone else and we are committed to creating more opportunities for dancers.”